,It's hard to believe that it is only two years since Twisted Attractions burst onto the scare scenes with their maze - The Morgue Live. Since then they have entertained us and scared us with a varying range of attractions including Christmas is Cancelled, The House of Insomnia and the incredible The Facility. For 2015, the team have decided to really push the boat out, and with a brand new venue (still conveniently located close to the centre of Birmingham), this year sees the introduction of their new scream park - Hellfest.

From the outside the whole venue is quite misleading - a large and attractive Twisted Attractions facade gives nothing away about what lies beyond the gates. We weren't quite sure what to expect but were surprised at the large area inside and the fact that the team have squeezed in three scare attractions, a scare zone and a bar, as well as places to just chill while watching some of the roaming entertainment. The whole area is deceptively larger than it first appears and each attraction sits neatly to one side leaving the main courtyard free for those wanting to take a break from the scares.

The first attraction that most people will see is Panic Unlocked - the new free flow attraction that uses the sets and rooms that were used for the room escape adventure - Panic! during the summer. Members of our group were new to the whole back story of the attraction and what happened during Panic so as we were sat in a simulated lift experience we were unsure as to what was actually happening. Fortunately - this didn't really matter as the attraction from that point after, was populated with crazy actors (who weren't afraid to touch), loud noises and special effects. The path seemed to go on forever and although we could see vestiges of the room escape adventure, we were more concerned by the creatures terrorising us. By the time we had escaped - we had probably experienced the biggest jump scares of the night.

With the queues short - we decided to visit the Carnage scare zone and quite frankly this was easily the weakest attraction of the whole event. The sets had been designed well to create a sort of apocalyptic wasteland/dump but the whole attraction was sorely lacking in actors which meant whole sections just walking along with nothing happening.  We have spoken to the design team and they have assured us that that more characters will be added to this zone when the park opens to the public. As it was - on the night - we had no desire to visit again

Our next maze was Terror on the Streets - an attraction loosely based on the Jack the Ripper legend. The team have spent some time theming the queue line to try and create the impression of London alleyways  and the attention to detail is really impressive. It would be very easy for people to ignore the theming, but here, (and even more so in Ward 78) can be found some of the most impressive outside theming created for a UK scare event. Once inside, the attraction the detailed theming continued, and we almost wished it was lighter - just so we could see more. The pathway took us in and out of different buildings and along the way we met some potential murderers, a very impressive bevvy of working girls and, of course, a close encounter with Jack himself. Compared to the shocks and scares of Panic, this was by far a more theatrical style of scare attraction which of course suited the topic perfectly. That's not saying we didn't get some great scares throughout. After all - Jack was ever present and hungry for blood!

The final maze of our evening was a return to Ward 78 - but in a much different format. This time - armed with a Victorian style lantern, we were to explore the hospital and try to avoid the inhabitants within. We were encouraged to visit Ward 78 on our own, and we must say that this made the whole thing absolutely terrifying. From knowing that the actors knew where you were, because of the light emitted from the lantern, through to the rooms where the lantern created a crazy mobile strobe light effect, the actors inside were wild, vocal and quite physical. We were pushed and pulled in different directions and in one disturbing scene ended up dancing with a thirty year old baby in a nappy. Although there were some great jump scares throughout, Ward 78 was more about making us feel uncomfortable and after coming out, it turned out we all had quite personal and different experiences inside. Certainly in the dark, when a strict nurse, stole this reviewer's lantern and left him in the dark, we really started to wonder why the hell we had agreed to do this on our own!

Once we had completed the 4 main attractions we spent some time just hanging around enjoying the atmosphere. With the bar on site, live entertainment  and roaming scare actors, Hellfest is definitely set up to encourage people to stay for a while and enjoy the whole experience as opposed to just having to do maze after maze.

To see how far Twisted Attractions have come since their first show in Halloween 2015 is quite impressive. Granted they don't have the spit and polish of a major theme park but this is probably why we love their shows so much. It is clear that they have been put on by a talented and enthusiastic team who are passionate about what they do. From the management, the show hosts and the actors - it was clear that everyone was having a great time and that mood really was contagious. We defy you to go and not to have a good time too! 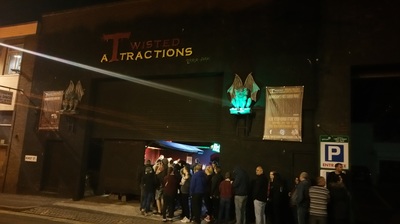 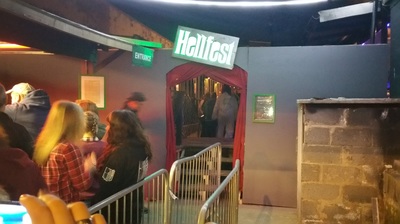 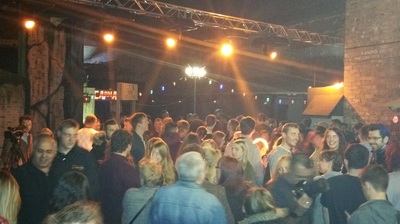 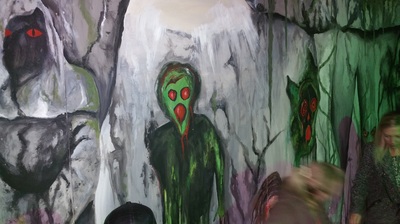 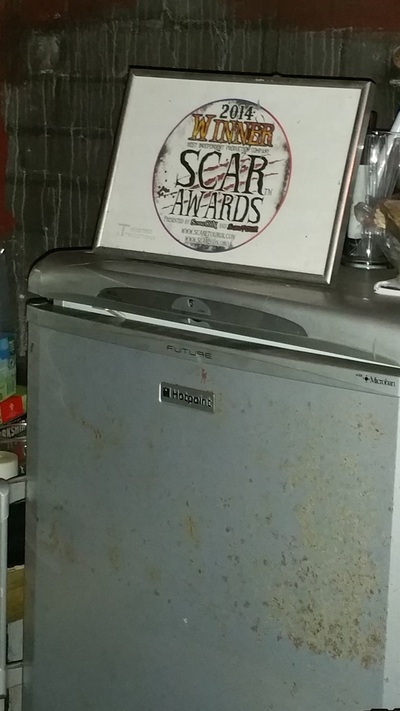 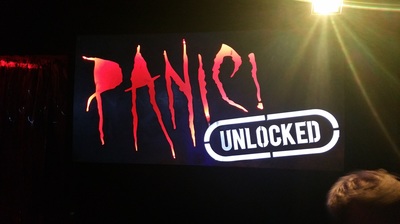 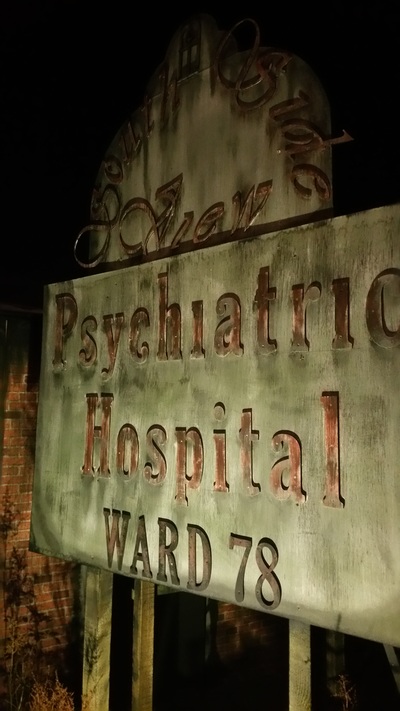 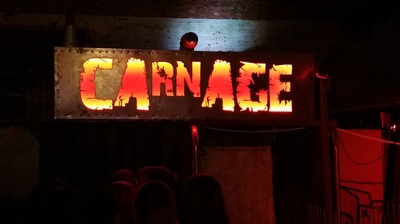 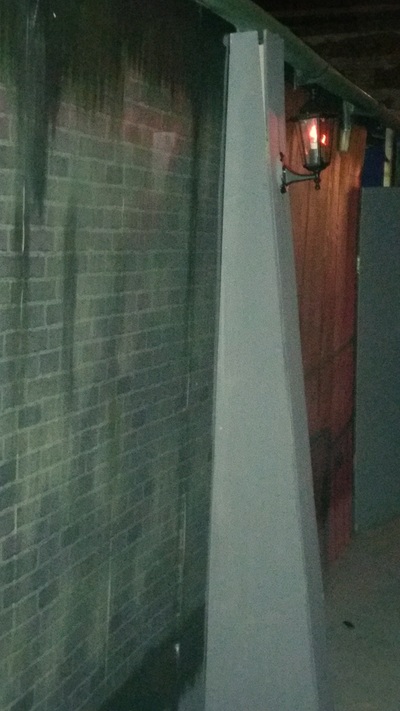 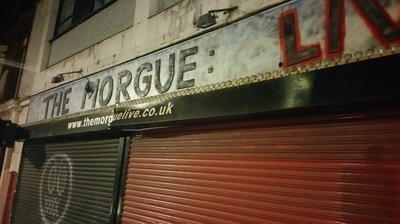 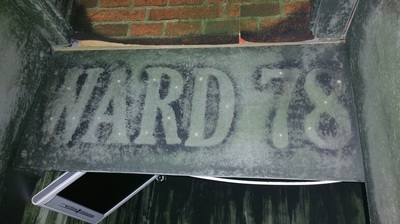 Such an amazing experience for an independent company. I storngly recommend going through Carnage at least twice. Once during light hours and once during darker times to get a true experience of the scarezone. I did however come across some issues. The finale of Tower on the streets was a weak experience for me as the actor just focused on one member of the group so we just stoof around with no interaction for a very long time.
The final 3 scenes of Ward 78 were also weak for me, a group of two girls went in before me and the actors must of been doing a good job of scaring them as I was held in rooms waiting for them to move on. Credit to the actors who held me in the rooms as they kept up there performance for a very long time and stayed un character perfectly. The very final of Ward 78 was a wasted scene for me as despite the efforts of the other actors I caught up with the group infront of me and walked up be hind actors already scaring another group (I think I scared the actors) this didn't ruin the maze but it looked like the final scene would of been really fun if I had got the full experience.