When you think of the first weekend of Halloween, you expect it to just be the big theme parks and events that are opening for the season. What you don't expect is a brand new independent attraction to come bursting onto the scene at the same time. Well that's exactly what The Morgue Live in Birmingham has done . Built in a disused nightclub in Hurst Street (close to the Bullring shopping centre) - this temporary Halloween attraction has an amazing frontage which makes it look like it has always been part of the neighbourhood!

Coincidentally when the team behind the show first started to promote the event they set up a clever fake campaign and petition entitled "Stop the morgue opening at Hurst St" . This campaign was supported by a number of people who genuinely believed that a real morgue was going to be built in the middle of Birmingham's Southside. It was an ingenious bit of marketing that raised interest in what the actual attraction was - and even as we waited outside - passers by were intrigued as to what was inside the blacked out windows. Despite the massive sign saying "LIVE HORROR MAZE , the owners say they regularly get enquiries asking as to what the building contains (it doesn't help it's next door to an "adult cinema"). Lets just say if anyone enters here looking for a cheap thrill they will probably get a very nasty shock once they get inside!

The show starts off with a couple of stationary scenes that are used to set the story for the attraction and get us in the mood for what comes next. The use of professionally edited video, lighting and special effects along with the presence of a crazed religious figure throughout the "chapel" scene was genuinely unnerving, and the tension built up to almost unbearable levels. Certainly by the time we started our journey through the morgue itself, we were very nervous as to what would come next.

Our tour then took in all number of bodies, medical staff and assorted freaks and they all seemed to stalk us around every room and through the winding corridors. The corridors themselves were particularly narrow in places and there was a genuine feeling of claustrophobia and being trapped with no escape. The pathway seemed to twist and turn on itself and soon led us upstairs to an attic space which was further populated by strange inhabitants. Unfortunately we missed some of the opening story due to some noise bleed in the venue, so at the time we did wonder what a clown was doing inside a medical facility. But to be honest - he made us jump several times and the least said about the creepy giant baby the better!

All of the rooms were well themed with one corridor - the hand painted checker board effect, really impressing us. Staring down that room with its forced perspective and an insane strobe going was something you would expect from a big budget haunt and not a small independent such as this. Also the stench of some of the rooms seemed really authentic, with smells such as medical TCP assaulting our nostrils in the lab along with some sort of decayed musty/death smell through other parts

Due to space constraints the "attic" path unfortunately winds back on itself to get to the stairs and unlike downstairs where a clever switch wall eases the transition, we did wonder for a moment if we were going the right way. Once back on the ground level it was time for the big finale and although nothing we haven't seen before, the craziness of the final room and the strength of the actors throwing themselves around made it an uncomfortable experience and we were grateful to get out the building into the moonlight. The ending scene itself was impressive as a build up - but once out in the corridor we had hoped for one final "run out scare"  as a final pay off. As it was we just walked down the alley back out onto the street.

So, now safe from the marauding creatures inside, what were our opinions of the whole experience? As a whole we all thoroughly enjoyed it  - the attention to detail in the sets and the liveliness of the actors really shone throughout and we all experienced a number of very good scares across the show. Despite a bit of confusion over the storyline (which the owners have said they will address before opening to the public) it manages to pull off some very effective scenes which would leave many of the UK's larger events lacking in comparison.

After our live experience we got a chance to tour round behind the scenes and if anything the show is more impressive with the lights on. Loads of small touches such as pickled babies in jars or the different flooring effects passed us by as we were too busy being scared and it was nice to see them properly. We were also very impressed with the technical wizardry on hand throughout the maze with a full show control system that could be run from a central computer or via smartphones in the owners pocket! very impressive for an independent maze

It seems a bit churlish to point out that this is only the first maze created by this team as it feels like something from a company that have been operating for years. It was slick, polished and genuinely scary in places and we all thoroughly enjoyed ourselves. If you're in the Birmingham area at all over the Halloween season you must go and check it out for yourselves! 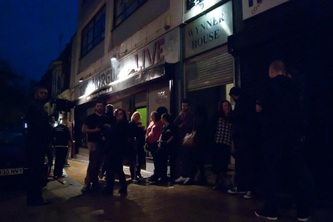 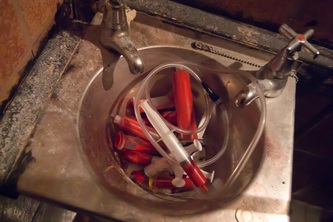 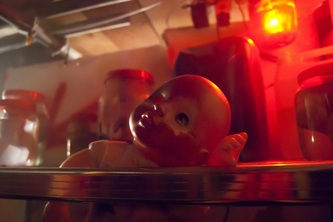 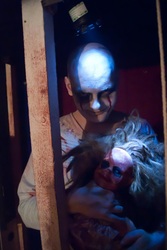 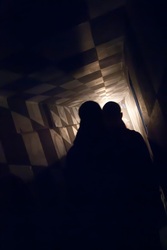 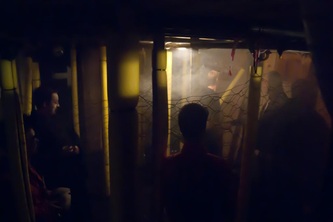 For opening times and more details check out their website at http://themorguelive.co.uk/

Very scary great effects worth the wait. A must see and experience - Diane Watts

Very scary - After visiting last week, we weren't all that overly fussed about our experience... However, a few friends wanted to go and as we had seen on their Facebook page, some changes had been made, so we took our friends tonight. WOW! The changes made have completely made the experience fantastic. The story line all made sense this time and with some construction changes too, made it a whole lot better! Plus some scares that weren't there before certainly got us this time. So pleased we went again and it's definitely worth the money. Max

Was excellent however we did get an extra 3 ppl put in our group, very scary, the actors were very good. Absolutely on pins from the word go! - we thought the maze was scary had some great scares, our only criticism was the storyline was a bit flawed - Andy

Mildly scary
Disappointed, not worth the money, could be a lot better, nothing made sense - Nat Ross
(posted opening weekend)

Waited in queue for over 3 hours in the rain, despite buying tickets in advance!!! Didn't even get to go on the tour, got fed up of waiting + left. Very poorly organised!!! Asked passing zombies what the the hold up was.... not a word! Seems quick to take your money....shocking! - Depp

It wasn't scary but funny xxxxxxxxx - would definitely go back again!