We have visited Panic by Twisted Attractions several times. The first time was during opening weekend where we experienced a few teething problems so we decided to head back a month later to see how things had settled down...

Panic is the latest creation from the warped minds of Birminghams Twisted Attractions Team. The company are now in their third year of running events and they grow bigger and better each year. Now with a Scar Award under their belt, we decided to see what Panic, their Live Action Horror Escape game had to offer.

We arrived at the brand new ‘Terror Park’ in central Birmingham only to be amazed by the façade. We were welcomed by painted black walls, gargoyles, lights and huge Twisted Attractions lettering along the building front. The entrance could give certain Merlin Dungeon entrances a run for their money.

Our time had come to begin our experience. We were greeted by the Twisted Team and escorted to the bar/waiting area to hand in our personal belongings and get changed into our randomly numbered boiler suits. We were briefed by a very unnerving character which got the group quite on edge before we entered the game. Our time had now come, we had one hour to complete ten rooms and escape Panic!

We entered the lift that would take us down to the Panic layer. This lift as well as the rest of attraction was themed beautifully. The lighting, sounds and motions of the lift made it a believable experience that wouldn’t look out of place at the world’s leading theme parks. Luckily for us, the theming and overall ambiance of the entire attraction followed suit. Twisted attractions have always created well themed immersive experiences but Panic really pushed the boat out.

After exiting the lift the first thing we see is the timer counting down the minutes and seconds. Instantly the team start the game trying not to Panic! Each room we escaped had a very different feel to the previous. The game constantly felt fresh and no two rooms felt the same. Some games were harder than others but all involved a great amount of physical and mental team work, along with a nice few jump scares in certain rooms.

Panic also uses the perfect amount of characters within the game. We don’t want to give any clues to the types of games you will encounter but what we can say is that the actors are put to extremely good use in the select actor led rooms. Twisted Attractions actors have always been high quality scarers with a real passion for the product. This was truly evident yet again during Panic, especially the fantastically furious girl in the bathroom scene!

We managed to complete most of the game when our time was up, getting to the same stage the previous ScareTOUR reviewers got too. We did unfortunately also have just a couple of hiccups with the keypad codes but that was mainly down to the team frantically trying the codes too fast. As we didn’t complete the game, we unfortunately are not in the running to win the £1000 cash prize for fastest group to complete the game. But you could be! Panic runs until the last week in September and finishes just before Hellfest, Twisted Attractions multi attraction Terror Park.

With the recent growth in live escape games, we were excited when Twisted Attraction in Birmingham announced Panic!, especially as we had the chance to win £1,000 if we were the fastest to escape. Puzzles, horror and money? The average Friday night for us!

Our team visited early in the season and unfortunately there were a few technical issues that impacted on some of the suspense throughout the event. We have been assured that some of the opening kinks have now been ironed out.

We were greeted by one of the hosts and co-creators and some bloodied characters, while we were briefed about what was to come. We had to change into numbered jump suits and were made to sign a disclaimer, which immediately got some of the team panicking - we hadn't even stepped inside yet!

As we entered the first room to begin our game, we were met with a slight technical error, we didn’t mind as it gave us a chance to talk to one of the other co-creators about the game and what Twisted Attractions are doing in the future (stay tuned for that). Then we were off. The countdown had begun.

Ushered into a lift, we descended into the bowels of the building and soon realised that our first task was to get out of the lift itself or be stuck there for the next hour. We managed it, entered the second room and took on the task with relative ease. It was at this point though that we became aware that we had been slightly misinformed as to how to enter the code you find to get out of each room and the mistake cost us a time penalty.

We actually managed all rooms apart from the final two before our hour was up, if you don’t get out within the hour you have failed and are trapped, simple. Each room is really well themed with some great attention to detail, special effects and characters that either help or hinder your progress. Part of the reason we didn't manage to get through all the rooms was that we encountered three separate technical errors with set pieces either not working or breaking. We were moved on without fully completing the room we were in as that was the only option. Having a staff member come into the room in normal clothing as well which slightly took away the feeling of the game. Panic is a new attraction however and teething problems are natural so we understand that these have been addressed.

Without going into too much detail so we don’t give the game away, Panic is well worth a visit. Some rooms are easy; some are quite hard and really make you think - so go in with an open mind. Prepare to get wet as well, very wet! Expect a great time with the creators playing with your mind, creepy characters and an atmosphere of excitement and nerves.

As we were the first group in, the faces on some of the players waiting to go in were priceless as we were drenched, a little dirty and were sporting an expression that can only be described as "what the hell just happened there?!"

Room escape adventures are becoming quite popular these days and what we liked about Panic was the fact that it was separate rooms and separate puzzles throughout. Some physical, some mental. the attraction kept up the surprises from beginning to end 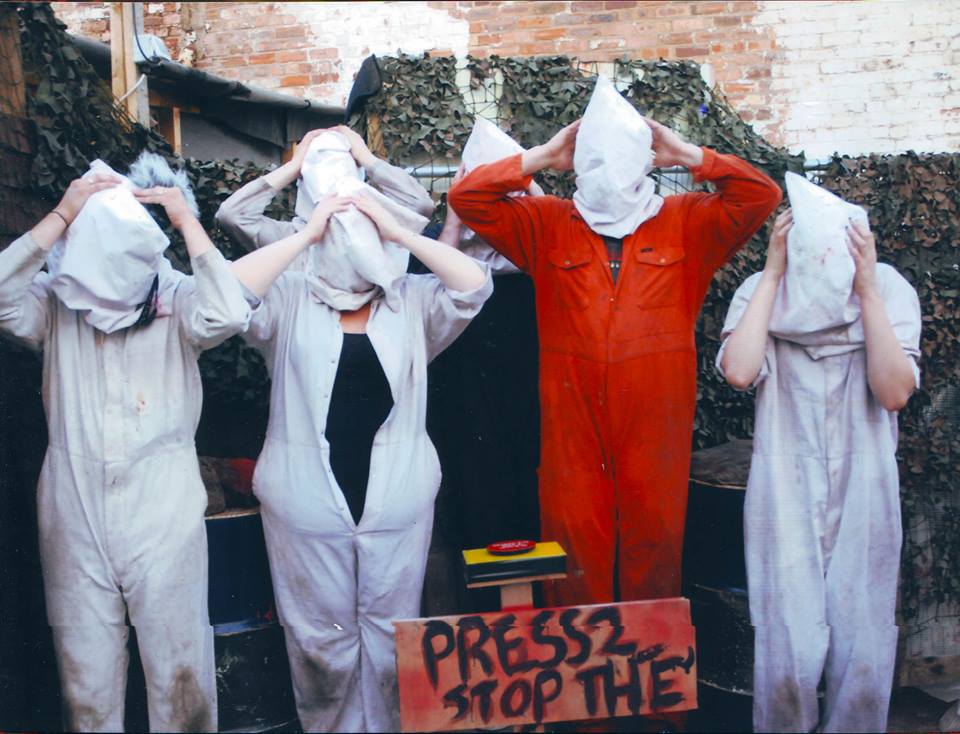 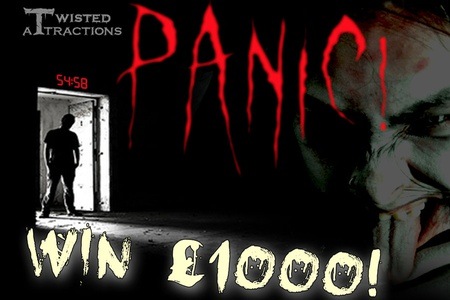