No Strings Attached - by Hide and Shriek

It’s hard to believe that the Hide and Shriek team have only been active in the scare industry for less than 18 months. Their first event – The I’Scream Factory was a critical success in Halloween 2015 and since then the team have created the UK’s largest room escape adventure (Alien Escape), a terrifying zombie survival experience set in a working shopping mall (Dead Centre) and a mini “scream park” with the return of the I’Scream Factory and the surreal yet brilliant “Boiled”
For Christmas, the team were already operating the shopping mall’s Christmas grotto, so it seemed only logical that they would do something a bit more scary for adults. Hence – No Strings Attached was created.

Starting in the usual Hide and Shriek cinema entrance, we were lead through to the cinema room to watch the pre- show video with one strong warning – DO NOT turn around. It was tempting to do so, but anytime we did we were soon shouted at to face forwards. The reasons for this soon became obvious, when we were suddenly assaulted from behind and had furry hoods (black santa hats!) placed over heads and faces and were dragged out of our chairs into the darkness!

What then followed was some of the jumpiest, scariest and funniest things we have experienced in a scare attraction, with sudden noises, physical contact, verbal abuse and even some sexual references. One little elf was determined that we held his “carrot”.

Along the way, the multiple actors guided us through the depths of the attraction, sometimes forcing us to our knees, sometimes removing our hoods so we could see the scenes before us. During the whole experience, we met a very sarcastic Santa, some creepy fairies and a few very nasty creatures that weren’t happy with our presence. We were constantly separated and forced to walk down corridors on our own, and with the hilarious abuse and comments from all the actors we ran out the final door laughing.

What struck us the most, was that afterwards we all stood in the shopping mall outside the attraction and all our party were grinning from ear to ear. The whole experience had been created with the usual Hide and Shriek humour that meant we had been scared and amused in equal measures. For such a simple design (ie let’s hood the visitors so they can’t see the kiddie grotto), the team once again managed to pull off something truly memorable. As such, for creating such a fun event - we take our (Santa) hats off to them!

Hide and Shriek’s next big venture is a zombie themed dining experience in association with the Cliffs Pavillion theatre. Going from the strength of their last events, we’ve already booked our table! 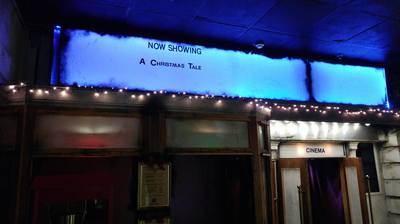 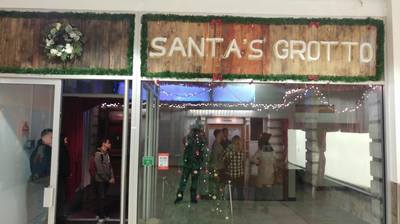 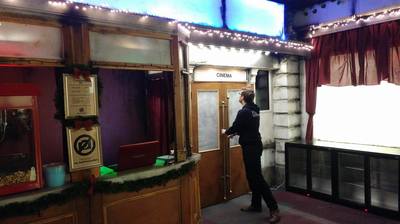 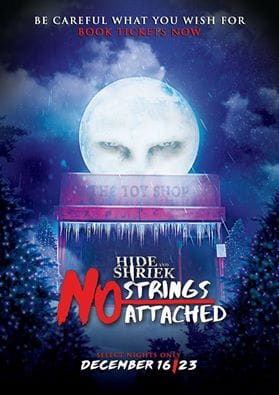