​We first visited Dead Centre by Hide and Shriek last year and our full review can be seen below.

A lot of what we wrote originally still stands – the format of the show is similar with us being led from dingy backstage areas such as the loading bay, through to a mad dash around the multi storey car park chased by zombies.

The biggest different this time was that we were joined throughout the experience but TWO security guards, and it was the banter between these two that really added to the experience. Especially as one of them was a gung-ho rookie who absolutely insisted that he was called Maverick throughout the whole thing. The exasperation of the more seasoned guy and the comedy that created, was an incredible counterpoint to the drama of being chased through a mall by zombies.

There were also some exciting new set pieces, include a stunning scene that was played out with us cowering behind some plastic sheeting unable to see exactly what was happening. It was such clever and audacious move to effectively “hide” the action leaving us able to just see strange shadows and guess what was happening from the noise, screams and gunshots. It could have misfired as scene but was played so perfectly that it just added to the realism of the whole event. As we emerged from behind the sheeting we could just see the aftermath in the room, before another set of zombies broke in and we were forced to escape!

Oh yes and about those zombies – conveniently we were in the last group of the night and so at that stage EVERY zombie in the building (plus more!) were gathered in the big finale as we had to run to escape the mall. We thought this was frightening last time but with nearly 30 zombies bearing down on us – it was truly terrifying (and exhausting!) A brilliant way to end an incredible show.
​
We’re sure the Hide and Shriek team will bring the event back soon, and when they do we can’t recommend enough that you should give it a go. Just bring some comfy running shoes! 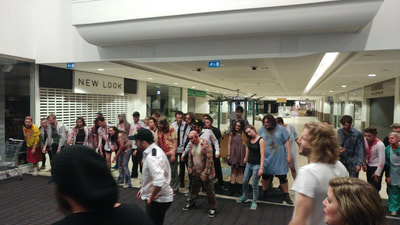 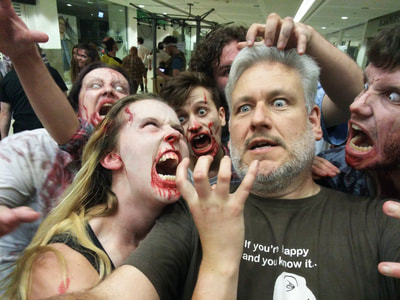 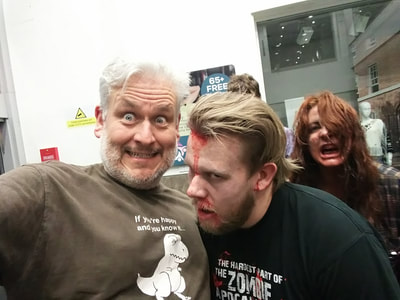 Last year Hide and Shriek made a big impression at Halloween with their first ever scare event – The I’ Scream factory in Southend on Sea. The event was one of the most creative things we have seen in years, so when the team announced Dead Centre – a new zombie shopping mall experience, we headed off to Essex to find out more.

Obviously anyone who knows anything about zombie movies, will know that one of the all time classics of the genre is George Romero’s Dawn of the Dead, where a ragtag group of survivors have to hide in a shopping mall from a swarm of zombies just looking for some human flesh. It is an iconic movie and one that has played out in our minds in previous events such as the Zombie Shopping Mall by Zed Events.

Where Dead Centre differs, is that this was set in a real shopping centre that has just been closed down for the night. All the lights were on, the escalators were fully functioning and the zombies were far more numerous. It was as close to Dawn of The Dead as we could have have wanted!

While waiting for our timed entry, we had chance to look at some of the clever posters and signs that the team had spread about the foyer. These posters had a topical edge to them, slyly poking the fun out of UKIP and their immigration policies! All too seen though we were being lined up and given our instructions on how we were to survive the impending apocalypse. The rules were simple – don’t touch anything, do what you’re told and if a zombie comes anywhere near you – run away! As we opened the door and looked into the brightly lit mall, we could see zombies heading for us, and were pulled to safety by our guide who then proceeded to try and get us out.

Along the way we encountered so many different zombies and often found ourselves blindly panicking from room to room in a bid to stay safe. The show took us through the utility corridors, the loading bays, across the multi storey car park, and in search of salvation, we ran, dodged, bundled, and even screamed!

One whole section was set inside the rooms used for the Halloween maze last year. These rooms were pitch black and were a great counterpoint to the large open spaces we had been passing through earlier. Armed with a very unreliable torch, this section was like a mini scare attraction inside another event. Certainly it was a great change of pace before the big finale.

It was only towards the end, that we realised that we hadn’t actually been through the main mall much. This soon changed as the crazy finale threw one last set piece at us. We looked down from the second level into the mass of zombies we would have to run through to escape. The centre was fully lit, which just made it more surreal, but no less terrifying.  Praise should be paid to the team who made the audacious decision to do this is broad daylight. The finale had us all running for our lives through a full shopping centre. It was surreal, intense and genuinely terrifying!

The whole event had taken about hour from beginning to end, and we were all exhausted – we must have covered nearly every inch of the building and the sheer number of realistic looking zombies was outstanding. The team had cleverly put a lot of thought into the experience to build up to that one jaw dropping finale, and as a team, we enjoyed every second of it. (Even if most of us are far too unfit to keep running!)

The event has taken a break for the moment while they commence work on their alien themed room escape adventure and the return of Gordi’s I Scream at Halloween. But if the other teams enjoyed Dead Centre as much as we did then they would be crazy not to bring it back later in the year! 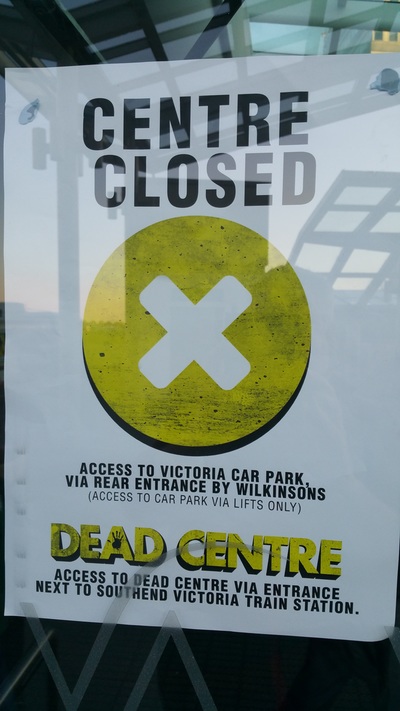 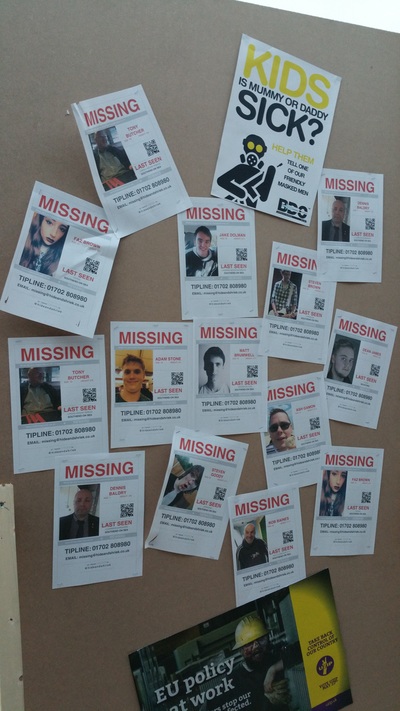 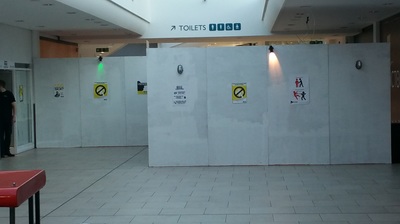 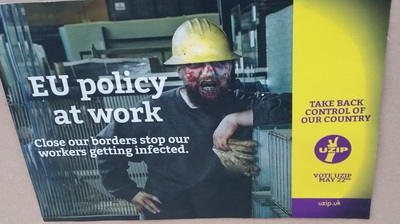 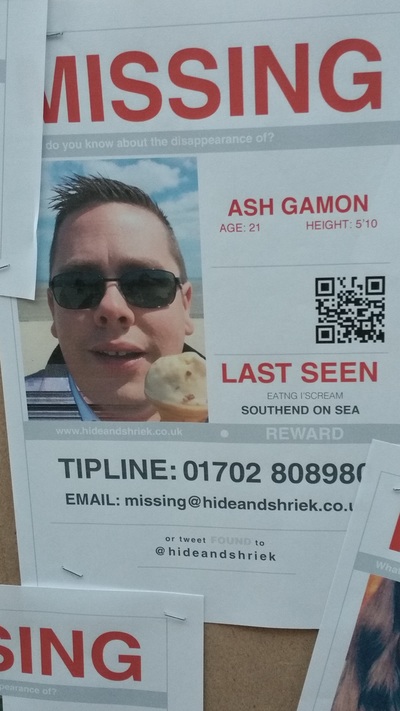 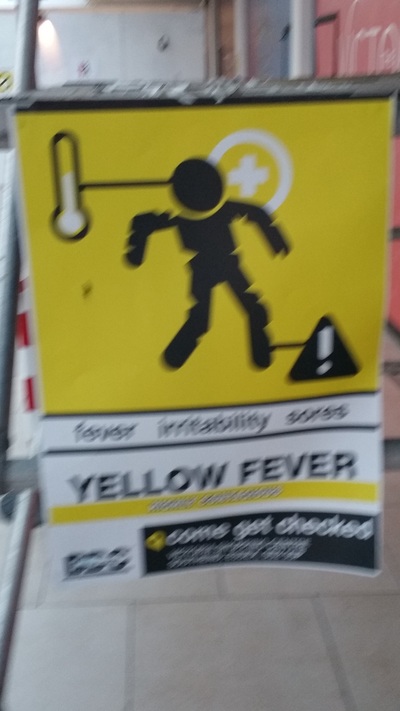 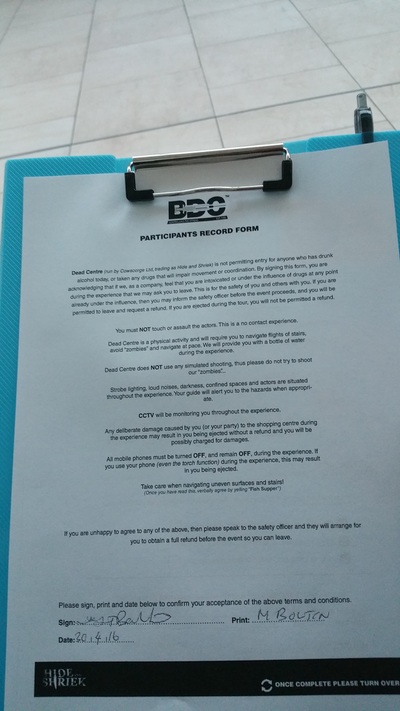 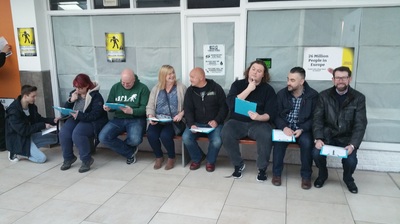 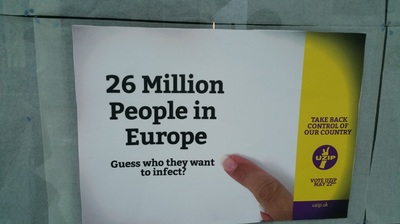