It's hard to believe that it is only 1 year since we experienced our first Hide and Shriek Production - The I'Scream Factory. Since then, the talented team have won a SCAR award, run a full scare zombie survival experience in a working shopping mall, and operated the UK's largest room escape adventure - Alien Escape. They have done all this with their trademark wit and humour, and for Halloween 2016 they have undertaken their biggest venture yet - a whole scream park.

Based in the Victoria Shopping Centre in Southend, Hide and Shriek Scream Park has three live attractions, a bar, and a zombie disco. as well as live entertainment and roaming characters. Despite a few queue line issues on opening night, the atmosphere at the venue was electric, with each of the three attractions offering something quite different.

I'Scream Factory has returned for 2016, and has retained that perfect mix of humour and horror. The intro video detailing the history of the factory and the ever so knowing warnings, sets the scene perfectly for the onslaught that faces each guest. Using much of the route and theming of Alien Escape, I Scream factory has had a frozen make-over and amongst the torture and murder, there are new scenes with very detailed theming simulating frozen storage. Of course - what's a maze without some actors and the cast were lively and entertaining and pursued us relentlessly throughout the whole attraction.

Dead Centre: Bite Sized is a 15 minute version of the hour long Dead Center that we reviewed in the summer. The most impressive thing about this zombie survival event, is the full use of the back stage areas including the shopping centre loading bay. Unlike the main show where we had a few missions to complete - our only aim was to survive and escape the zombies. To do this we had to run, avoid and dodge many, many creatures and we left the experience slightly out of breath from all the runnnng!

Boiled is the most interesting of the three mazes as it tells the unique story of a heating system engineer. Yes seriously - expect a visit to inspect your pipes and don't forget to pay your invoice! To say much more about the attraction could ruin the experience but prepare for a barrage of double entendres in the opening scenes! Once in the maze, we certainly screamed a lot throughout' as the lively actors and the attraction threw a number of good effects and scares our way. We also have to mention the theming, as everything from the awful 70's wallpaper to the pipes and boilers within the central heating system, all combined to make a believable experience. Great scary fun!

With the 3 mazes, live roaming characters and more, the Hide and Shriek guys have really pushed the boat out this Halloween and have created an exciting experience in an impressive location. Seeing as the news is always full of doom and gloom about the state of High Streets and the closure of large brands such as BHS and Woolworths, lets hope the Hide and Shriek guys take up more empty units in the shopping centre in the future, and the Scream Park just gets bigger and bigger! 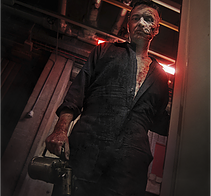 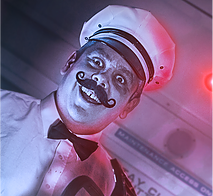 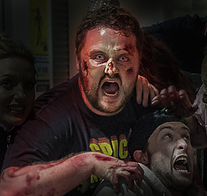 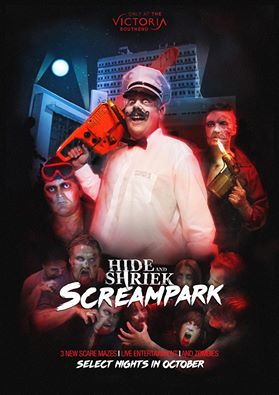 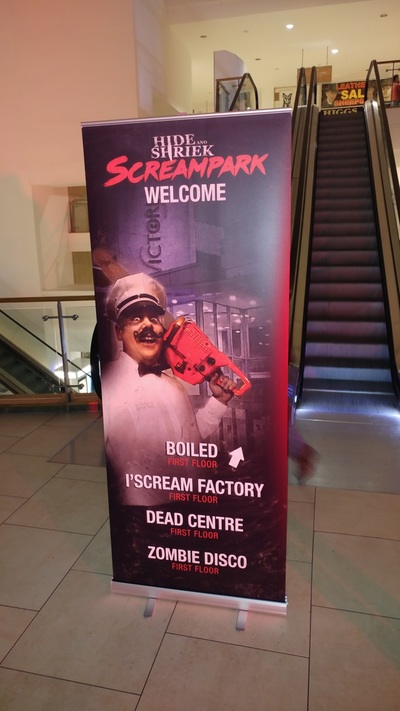 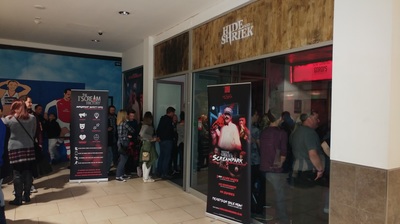 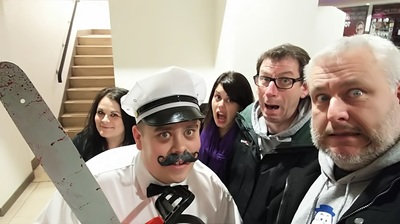 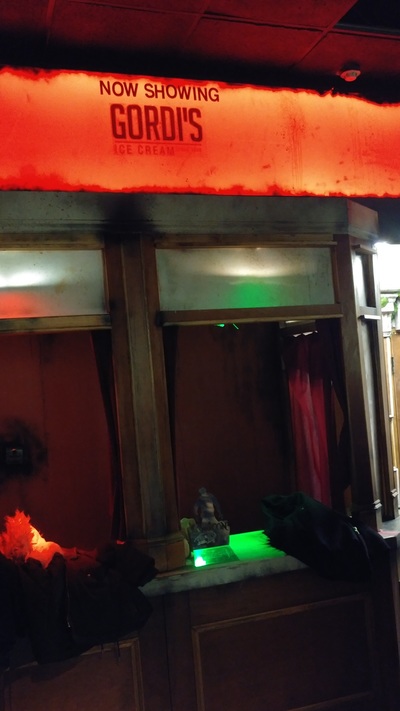 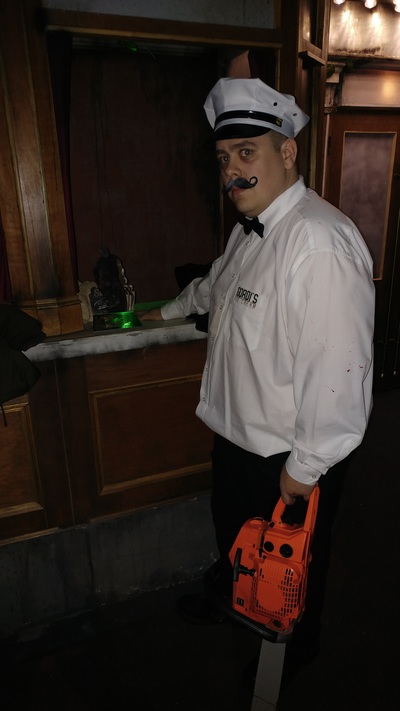 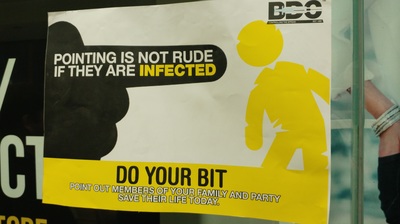 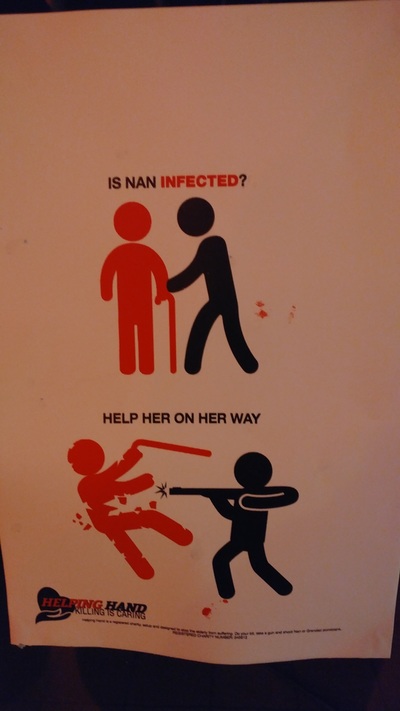 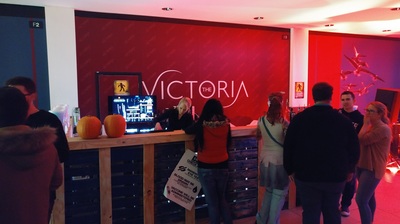 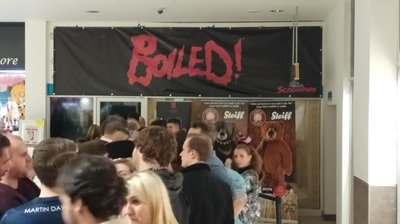 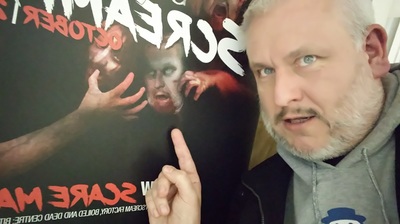 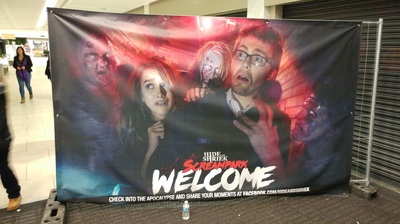