York Maze Hallowscream is back for 2015 and this year's event sees a few changes to the overall experience. The mazes remain the same line up as last year, but a lot of work has been undertaken to improve the queuing experience. Instead of a long line of security fencing, each queue is a well themed room with a few extra surprises such as drop panels and roaming actors. So, with the roaming characters outside the mazes, it actually means no where is safe whilst at the park and you could expect a scare at any point. The park's mascot Corny seemed to be doing a very good job with his chainsaw whenever we saw him! Of course not all the roaming characters are there to scare and we particularly enjoyed the humorous interaction between the bearded lady and her follower!

The mazes themselves are all back and provided some of the strongest scares we've had this year. They are also really well designed with each maze being very different in feel to the others. As such we found it very difficult to decide which we preferred most:

1873 is the Time Travel themed maze, and the sets from the Victorian era are still some of the most impressive we have seen in a temporary attraction. Compared to the other mazes, the show is more theatrical , with the actors playing out small scenes, Despite that - they were still able to provide a number of good scares along the way.

Tshe Freak Show felt much stronger this year due to the physical nature of the actors throughout.The maze alternates between indoors and outdoors and the hay bale section was both simple and really scary. Walking between piled up hay bales, it seemed that the actors were just launching themselves at us at times, with loads of attacks coming from all sides (but most notably from above) This combined with the earlier scenes in the fairground which gave us several really good scares, meant that we were on edge from beginning to end.

The Difference Engine remains one of those mazes that is really hard to describe adequately. It really is a black and white assault on the senses that provided so many moments of genuine scares. The protagonists inside were suitably scary - the masks hiding any emotion, and they played with us tirelessly throughout. Our best scares on this run came in the polka dot strobe room and the "white smoke room" that left us terrified to step forward. It also felt like one of the longest mazes of the night as it the scares are relentless from the start.

Barnaggedon has always been a fast paced attack on the senses and this year was no different. There were a few changes along the way but the attraction still retains some impressive jump scares including the grim prospect of a toilet exploding in your face! The actors have always been the liveliest of the event in here and didn't disappoint this year. As we said in our last review - "Barnaggedon is loud, aggressive and scary - just how we like it!"

Reincornation uses the park's regular fun house attraction, which adds some impressive visuals to the manic nature of the killer clowns within. We had a number of very impressive jump scares throughout this attraction especially when we were being distracted by some of the clever optical illusions. Clown mazes, by their very nature can be a bit hit and miss at times but Reincornation has to be the strongest clown maze we have experienced.
Despite the lack of new attractions, 2015 feels like a much stronger year than previous ones. The additions in the queue lines really help to make the whole event and interactive experience at all times and the acting team seemed the craziest we have ever seen at the park. Add in the wonderful designs, the roaming characters and of course the final drinks at The Stumble Inn - it really is an event that must be experienced. 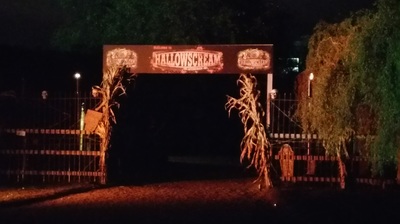 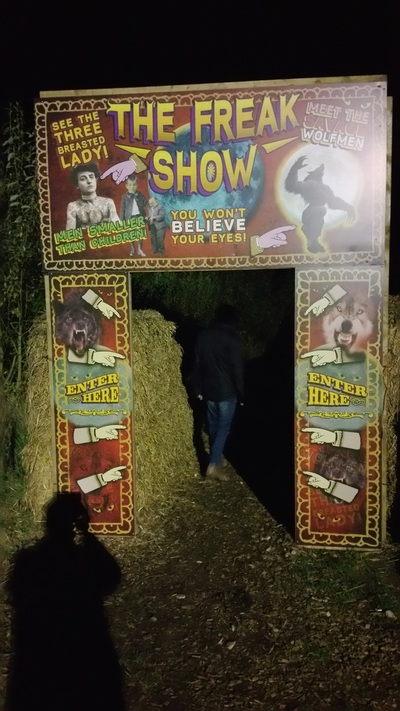 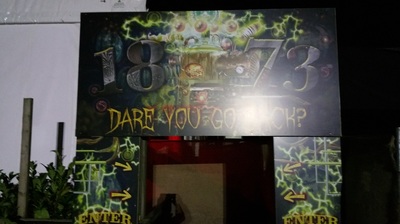 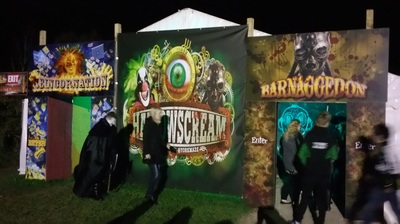 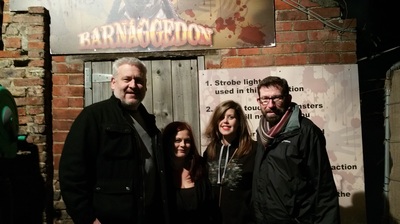 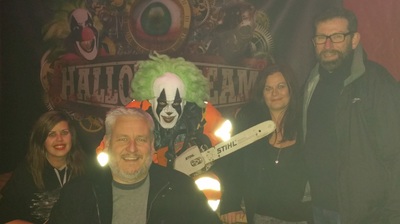