Despite its size and large population, it's hard to believe that until now, there have been no escape room experiences in Croydon. This could be the reason why the X-Scream team have come to the town, as following their tremendous Halloween adventure - Them Below, they have created a brand-new show that blurs the lines between escape room and scare maze. And its all set at Christmas time – how very festive!

Our mission sounded easy - Santa was missing, and we had to find him. But we hadn’t expected the elves to be so rude and aggressive along the way. Having live characters in the room just added to the fun as well as providing helpful hints on a couple of the more obscure puzzles.

It will sound negative to bring this up, but we did get really frustrated in the first room, with a door that had a keypad next to it. We solved the puzzle, worked out the code, but the keypad was NOT to be used until a later part of the game. We must have wasted more than 5 minutes, just trying it and resetting it with no other obvious use for a 4 digit code. The code was needed elsewhere, but the actual unit was so innocuous that we missed it completely. Fortunately, to keep the linear stotytelling of the experience, the door was opened for us after a certain duration, which just confused us as well as it seemed like the lock wasn't part of the game (it was all explained to us afterwards!) Apart from this one lock issue, all other locks and puzzles were more obvious and offered a unique mix of gameplay, combinations and clues to open them.

The rooms started out being bright and Christmassy but as the game progressed the theme and styling of the scenery soon switched to something much darker, with tight claustrophobic tunnels and dingy dungeons.

We don’t want to give too much away, but in the final room we found Santa and had to work as a team to free him from his cell. When we did release him and found the big button marked “Press to Exit” – we had a massive surprise when we turned around and saw what was coming for us. Maybe its been a few weeks since Halloween and our scare tolerance levels were low, but the final scare had us running and pushing each other to get out the door to safety. Merry bloody Christmas to you too!

All in – we loved Escape from Satan’s Grotto and would definitely recommend a trip to Croydon to experience it. 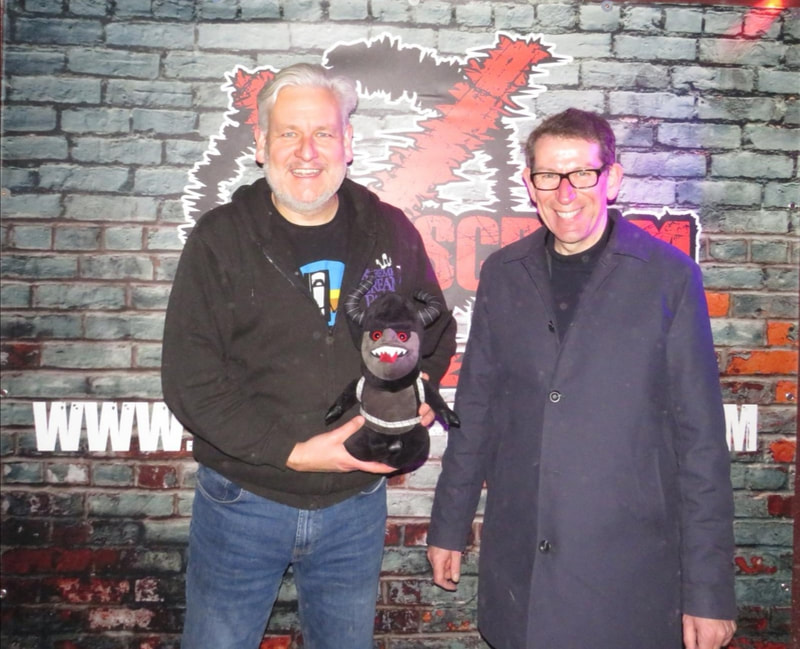 Having enjoyed both of XScream Escapes room escape adventures in Surrey (see review below) we knew we had to visit Xscream Events first venture into scare attractions with Them Below in Croydon. Although we say this was their first venture, this isn't strictly true, as several of the Xscream team were instrumental in creating a very popular clown maze at a certain nearby theme park a few years before!

So clearly the team know what scares people, and the basement location on Croydon High Street is a perfect setting for an experience that focuses on the mysterious history of the building and local legends, the Dravens. We were told afterwards that the building did indeed used to be a hotel and the Dravens actually existed. Whether that is true or not is up for debate (we tried a quick Google search and found nothing) but it is still an intriguing concept.

Entering the maze, we were initially met by YouTube vlogger, who was recording the latest instalment for his urban explorer channel. Its a fun and innocuous start, and got us off to a fairly lighthearted mood as we started to investigate what the basement area held. Of course, things didn't stay as light heated for long, and we were soon plunged into a terrifying scare experience. that had actors scaring us from all sides, and chasing us through the darkness.

As the scares continued and we became more and more lost in the tunnels, the attraction threw all sorts of effects at us including pitch darkness, strobe lighting  a rope section and plenty of actors. We found out afterwards that there only 8 actors working on the day we visited , which is hard to believe as they just seemed to be everywhere. There really were no dead spots in this attraction at all, and by the end we were surrounded as a group in a terrifying finale with all the actors right up close and personal.

By the time we had exited back into the day light , we had probably experience a sustained 10 minutes or so, of genuinely intense scares. It's hard to actually pin point any one part of the show as a highlight, as it was chaotic from beginning to end, and left all of our group screaming.

We have to hand it to the Xscream Events team for putting on such a polished and professional show, as a temporary popup event in Croydon. Who knew that underneath the bright lights and fixtures of a Five Guys burger joint, such a dark and terrifying experience would lurk? We cant wait to see what the team come up with next, as if this and their escape rooms are anything to go by - this is a team to watch in the future!