Jack the Ripper has always been a highlight of the London Dungeon experience, so when we were intrigued to see how the character would be used in the new, temporary "Where's Jack" section of the Edinburgh Dungeons.

"Where's Jack" replaces the Surgeon in its short time in Edinburgh. The physician's room is used well in the tale, giving a macabre twist on the Jack the Ripper lore. We're met by a working girl soon to be accommodating a "Dr. Thomas Cream" - a Physician traveling up to Edinburgh, from London to meet with our new friend. She's outwardly disturbed by the Ripper Murders, and tells us in a grisly fashion about how the murders took place, whilst trying to reassure herself that the Ripper wouldn't travel to Edinburgh. Using a brave volunteer she expands on the Ripper story, dragging us deeper into the depravity, and even telling us about some of the theories as to who it could be.

Upon inspecting Dr Cream's trunk she discovers he may have a more sinister reason for his travels to Edinburgh and at that point the scares began! Using the Dungeon's well practiced trick of black outs to scare the entire audience our anti hero makes several appearances, disappearing and reappearing with knife in hand, looking for his next victim...

"Where's Jack" links Edinburgh and London Dungeon together in a closely knitted plot, and fits into the Physician's room perfectly. The standard of acting throughout is outstanding, not only in the new "Where's Jack" section, but every single creature we met acted their socks off, scaring us all but still keeping the humour!

The Edinburgh Dungeon is a relatively long experience (80 minutes) and every minute is crammed full of shocks, scares, and murder... As "Where's Jack" only replaces 1 Show, the overall flow of the Dungeon is not compromised, if you haven't been through before (or are not hardened Dungeon visitors like us) you would not know that changes had been made. Definitely a must do over the summer. Jack won't be around for long! 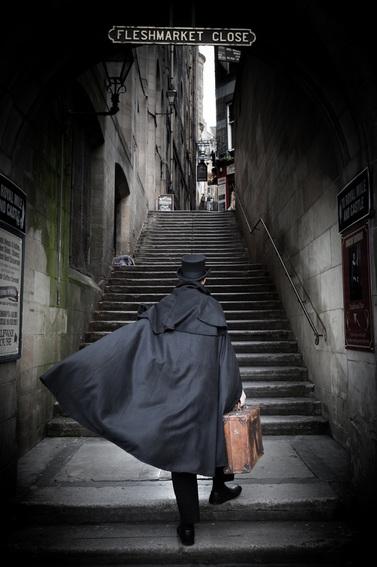