The Harrowing is a brand new production by the Splutter Theatre Company, and was chosen specifically to kick off the Immersive Theatre Season by the CoLab Theatre group.. The event opened this weekend in an old carpet factory in a residential area, just 10 minute walk from London Bridge.

We entered the Harrowing knowing very little about it. We suspected it was more of a theatrical promenade piece as opposed to a scare attraction, but the marketing and promo videos certainly promised some scares - they weren't wrong!

After some opening introductions and scene setting our small group were invited to join a clairvoyant on a journey to find out more about the secrets of the factory. In no particular order, these included a dead woman, a hidden basement, and of course a full seance to summon the dead. Don't expect to just stand and watch in this show, audience participation is demanded, but if you are nervous of the dark, loud noises and sudden scares - then we would strongly suggest that this show isn't for you!

Obviously things in the venue started to escalate, but by the time the show had finished, we originally, felt a bit confused by the ending. Unlike other recent ghost shows (the incredible 139 Copeland Road for example, where the arrival of a white faced actor created the big OTT "scare" finale) - The Harrowing ended so differently. It was only as we walked back to the station and discussed what we had experienced that we realised, how clever it actually was.

To give much more away would ruin some of the surprises of the night, but everything was done with such conviction and belief, that we couldn't help but get swept along with the story. Was the ghost real? Did the clairvoyant have ulterior motives? Did the whole production just successfully break the 4th wall in such a way as to leave us questioning what was real and what wasn't?. To find out any of those answers, you'll just have to experience the show for yourself. 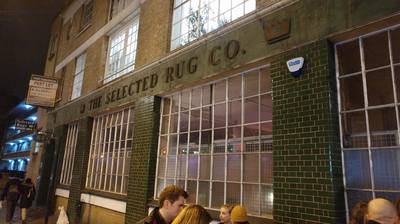 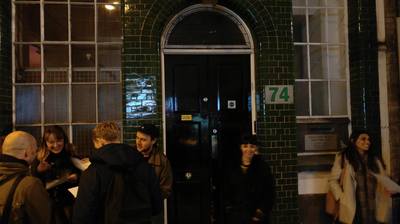 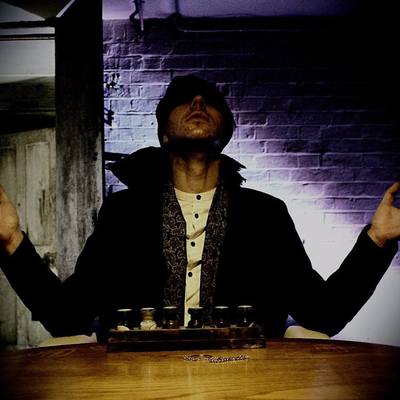