Terror Mountain is celebrating its 5th year at The Silver Mountain Experience with a 5th attraction to the line up. The attractions are spread out across the site and after a short video entry, explaining the usual rules and conditions, we were left to explore.

Earlier this year, the venue added two escape rooms, and these are used as the starting point of The Watchers - the new attraction for 2019. Set in a dystopian world where everything is for sale on the dark web, the attraction mixed room escape puzzle elements with high energy impact scares, that left our group struggling to escape. Interestingly - it wasn't the clues and puzzles that hampered our escape, but the blinding smoke in some of the rooms. A couple of times we had to be directed to the door when our group failed to locate it in the gloom! Due to the masks in play (in a similar style to V for Victory) we aren't sure how many actors were in the experience, but it certainly felt over populated, as we were taunted by them throughout.

Being a very cold night in Wales - we decided to tackle The Unknown before the queues built up, and it remains as scary and confusing as before. Using the natural darkness of the site, the attraction is effectively a follow the rope maze, with actors able to scare us in the darkness. We loved the use of torchlight by the "army" guy who was able to perfectly light the attacking alien without really revealing it was just a man (or woman) in a suit. The occasional flashes from the torch, gave us just enough to see something, and the darkness between flashes allowed the alien to get closer and scare us better. This attraction just goes to show that you don't need large special effects and high tech to create a scary experience!

Retribution remains the "big ticket" attraction, basically because it plunges guests directly into the underground mine shafts that the venue are famous for. The trip down is damp and creepy, but the scares are all reserved for the finale section as the path heads up to the surface. This section was so smoky on the night we visited that we genuinely got lost trying to escape from some of the larger rooms. As a group we were just wandering around feeling our way out, whilst a very nasty demon taunted us for every wrong turn and dead end we hit. It was clear the actors were playing with us and several times we were relieved when a hand would come out of the fog and finally point us in the right direction. It was a terrifying end to the attraction and possibly our highlight of the night!

Relic is a short sharp scare experience that utilises darkness and confusion, to leave guest wandering around in a bid to escape. Like previous incarnations of this show, the show is made by the stalking presence of the actor in the room, and once again we were left confused and lost as there really seemed to be no exit. It didn't help that we did this in a very small group so it seemed like we were just all being picked on individually!

The Summoning is the final attraction and takes the format of a staged seance, with a few surprises along the way. We particularly enjoyed the actor playing the main paranormal investigator, as he had a great rapport with the audience and was able to hold his own with some of the cheeky teenagers we had in with us. Although the scares are nothing original, the sudden appearances were all timed perfectly with the lighting, and provided some good jumps.

All in we had a great time at Terror Mountain, and had a number of good scares across the site. Our only criticism would be that due to the batching and logistics of each attraction, there can be some pretty long waits. It probably didn't help that it was an icy cold night, so not the best temperature to be standing on the side of a mountain queuing. Fortunately there is a nice cafe serving hot drinks and a BBQ serving burgers where you can get some warming food and drink. Just be careful of the roaming clown - he has a bit of getting everywhere!

Terrifying
Fantastic night, great value for money and they had a lovely warming fire in the cafe. I spent most of the night screaming and the clown you mentioned kept picking on me and the way he throws himself around site is great, he was just brilliant. Phlorence is fantastic roamer and just appears out of nowhere.
My favourite was the new attraction 'The Watchers', the group I was with literally came out shaking. They did a fab job with all the attractions and fair play to all the staff as it was throwing it down on the night I went.

As we stated last year, The Silver Mountain Experience is set in an apparently very deserted part of Wales.  Fortunately, there were a few more people visiting than when we went in 2016, so we were a bit less concerned about being murdered and left for dead in the woods at the back of the site! Not that we weren’t scared – there was just a bit more safety in numbers so to speak. The increase in visitors also helped create a better atmosphere and with roaming characters and screams echoing around the site, we felt the experience had a much stronger vibe this year.

The new experience for 2017 is The Unknown – a re-purposing of the Wild Woods maze from last year. The story was new and told of an unknown alien presence, and then a lot of the attraction went through the pitch-black woods as before. This time, instead of just finishing the trail and returning to the main site, this attraction had a decontamination finale that provided some fantastic scares as we finally got to see the alien creatures for what they were. We really preferred The Unknown as the finale made the attraction feel much more cohesive and complete.

Virus is once again the main maze of the event and as it goes done into the silver mine itself is easily the longest. The trip into the mine was a dark, wet and claustrophobic as ever and the atmosphere here is really created by the location as opposed to any major effects or actors. This does lull people into a false sense of security, as once again the main scares were all reserved for the upstairs section and we had many great jumps throughout.

Cursed was as fun as it was last year with a great opening and some sustained scares throughout. Once again, the acting talent were making the most of the space and doing their best to scare us multiple times.

Night Stalker was new last year and takes the form of a theatrical show with scare effects. There were a few changes to the experience for this year, but generally the show was pretty much the same. But that isn't an issue, especially with the long pauses and darkness throughout.
​
Generally, we had another great night at Terror Mountain and it's once again great to see the event growing and changing. It may be in the apparent middle of nowhere (actually just a few miles from Aberystwyth) but the event is worth the long trek across Wales! 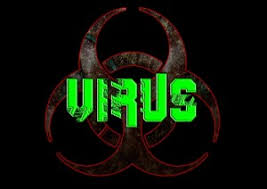 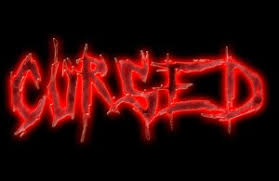 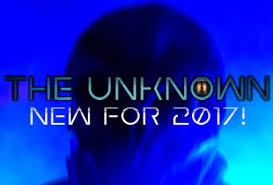 The Silver Mountain Experience is set in a very deserted part of Wales. Well it's actually just a few miles from the busy town of Aberystwyth, but when you approach in the darkness, you may as well be in the middle of nowhere. A few lights could be seen stretching up the mountain, but generally, apart from the welcoming entrance shop, the site was in darkness. It didn't help that we arrived at opening time on a very quiet night, so there were only a couple of cars in the car park. If this was just a ploy to lure us to our deaths, and hide our bodies somewhere, then our murders would go unnoticed - it really felt that desolate!

Once inside - we had a very warm welcome from the event staff (all just a ploy to lure us to our deaths surely?) and were accosted immediately by a gypsy fortune teller. Hoping to hear that we would be safe, we each had our fortunes read, but the news wasn't looking good. So we headed into the mazes with even more trepidation!

Cursed was the first maze we experienced, and for such a simple concept, was executed beautifully. From the tense opening scenes through to the terrifying maze section, we were on edge from beginning to end and we lost count of how many times we screamed or jumped. The actor working the maze section, was just relentless, and seemed to know where we were and timed his scares perfectly. It probably didn't help that we were also panicking to find a way out and probably looped the room three times in the search for the exit!

The Wild Woods is another simple concept - just follow the rope through a pitch black wood - the only rule being DON'T let go of the rope. Not that you would want to, as it was the only thing keeping us on the path. We were in awe of the actors working this attraction - how they managed to get round that wood without tripping over or hitting a tree is beyond us, but they were so lively and made us jump and scream multiple times.

Virus is the main scare attraction and it is the only one that descends into the mine itself. The mine is dark, wet and claustrophobic and surely this was where we were going to die? Murdered deep underground and left to be fed to the underground creatures? Fortunately our passage through was fairly uneventful, until we started to ascend back to the surface. The final rooms of this attraction pulled out all the stops with some great jump scares, periods of darkness and some very lively actors.

Night Stalker was new for 2016 and takes the form of a theatrical show with scare effects. It's best to enter knowing nothing about this show, but the sustained use of darkness and tension, had us on edge throughout. Very well done.

So, we didn't get murdered and we survived our trip to Terror Mountain - but that doesn't mean we weren't terrified at times! The setting, the effective mazes, the impressive actors and the general ambiance all combined to make a genuinely scary and unnerving experience. Even getting back to the car we dashed through the darkness, quickly jumped in and locked the doors. Well done Terror Mountain - we will be back! 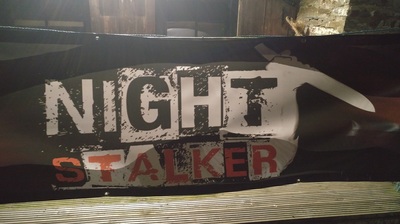 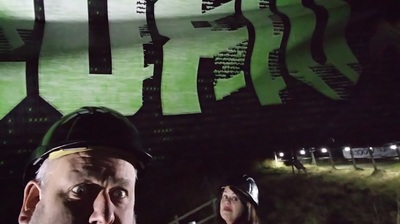 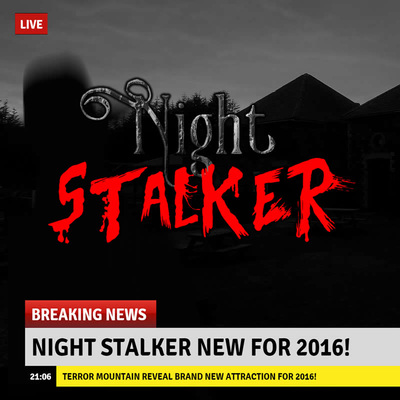 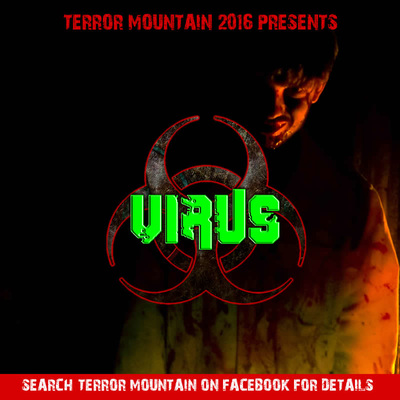 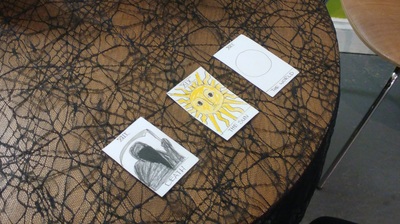 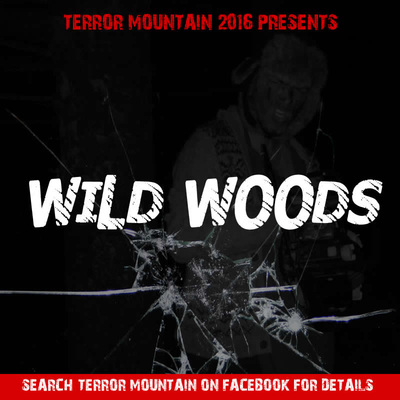 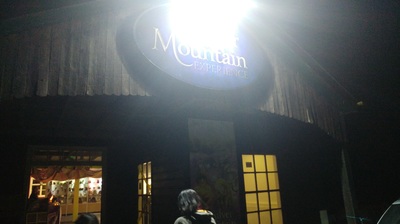 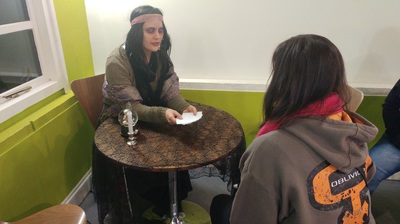 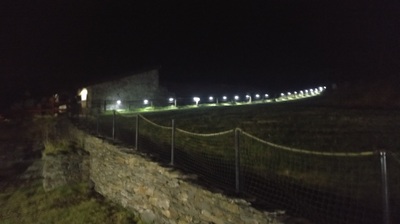 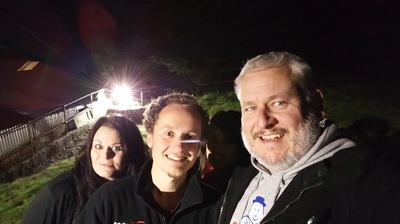 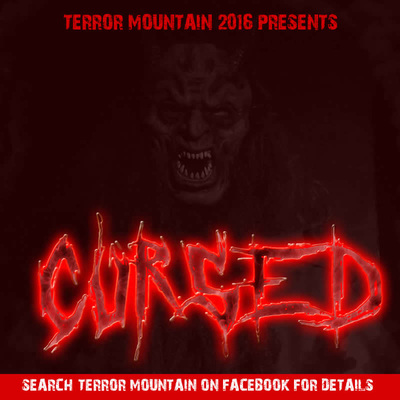