Terror Mountain is a brand new event for 2016 located at the Silver Mountain Experience near Aberystwyth. This authentic silver mountain sounded like it would be the perfect location for a scream park so naturally the team were excited to visit and see it for ourselves. On arrival the simply lit structures of the Silver Mine help set the scene perfectly, with the echoes of chainsaws and screams bouncing off the valley sides - it's certainly a strong first impression.

Terror Mountain is home to three scare attractions, Cursed, Virus and Wild Woods - each bringing something unique and different to the table. From just hanging around the exit areas of each maze before our run throughs it's clear that the general guest reactions were extremely positive.

We started off with Cursed which had us in suspense for the whole experience. This simple but effective twist on a classic curtains maze had us screaming in fear numerous times and because of it's design meant that only a very small acting team were needed to fill this tightly packed maze and make it utterly terrifying. The team pointed out that this is a non linear maze and this only makes the whole experience more intense. When the group eventually got a bit braver and explored the area in smaller groups any movement, whether that be from a guest or actor had us shrieking in fear.

Virus had a very different feel and takes in sections of the Silver Mine and Black Chasm from the daytime operations of the site. The naturally lying mist that fills the tunnels and the drops of water that fall from the ceiling of these sometimes very tight spaces provide a classic cinematic quality that you don't always get at events. Before entering, we were given hard hats and these proved essential. At points in the tour we bumped our heads on the rocks several times from sheer panic as we were pushed forward by members at the back of our group desperately to get away from the evil lurking behind. The later sections of the tour took place above ground but were as equally tense and satisfying with some very dark sections and some well choreographed actors that left us running through the exit.

The final maze is Wild Woods, which starts off by poking fun at various films where groups go off into the woods alone. The premise is simple, we needed to go and find the group who've been collecting logs for a little bit to long in the pitch black forest. To help us through, we had a rope to guide the way. The beauty of this experience was in it's acting, the team who populate it did an incredible job of working the area to the point that we have no idea actually how many actors were in there. The route zig zagged through the forest and the creatures inside worked the line well, fearlessly dodging tree roots, steep drops and countless other hazards. We managed to get some great impact scares throughout the experience as the actors were able to keep perfectly still in the darkness before striking. There was humor in here too, and the team improvised with dialogue that's appropriate for the characters that they portray. This had us laughing in equal measure to our screams. The finale to the maze was strong and although we've seen it before, it felt fresher and better executed partly due to the location but also thanks to the relentless chase given by the actor.

On top of the three mazes, there's some great street theatre  provided not only by the hosts to each maze (who do a great job of setting the scene) but by Jac In The Box who you'll certainly bump into as she terrorizes guests around the park. We  laughed out loud, not only at her interactions with us but from other guests reactions which we would hear across the site.

Its obvious that some serious thought has gone into the event. Everything has been calculated meticulously and is there for a reason. The effort that's gone in to creating this strong first year for the event shows throughout the event, and the whole team should be proud of what they've come together to produce. 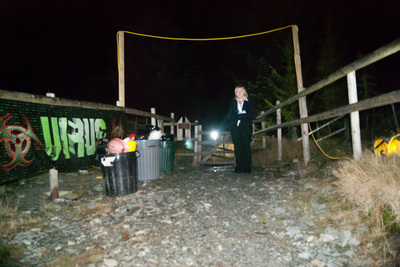 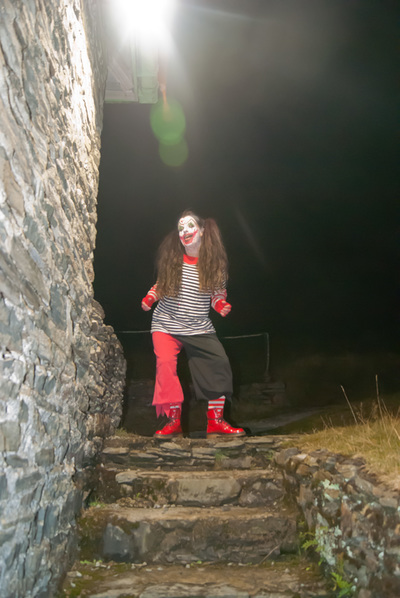 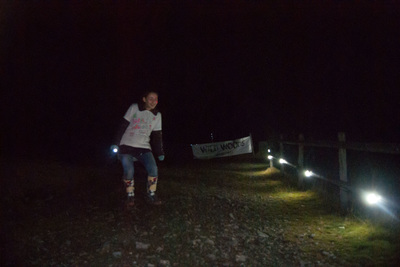 Very scary - Amazing night on The mountain! Had a Party in the Woods!, A heart attack in the Mines and A dance with a demon in the darkness of an Abyss!. NOT for the feint hearted... A true Fright Night. Well worth the visit and will be going again next year!