After several years of working with AtmosFEAR, Stockeld Park decided to bring their Halloween event design in house, and rebrand the event into something more frightening. As part of this refresh, they also a launched a new name - Fright Night, and marketed the attraction as being more suitable for a mature audience.This meant a radical overhaul of the line up, with the woodland walk through the Enchanted Forest replaced with something far more terrifying in disused farmhouse at the edge of the estate.

A Dead End is located right in the central hub of the park and is set in a hedge maze filled with escaped convicts. From the moment we entered we were assaulted by a loud pounding soundtrack of police sirens and urgent music. The maze itself covers a huge area so there were a few times where we went a little while without experiencing an actor, but when we did - they were wild and crazy. The team seemed to have put their larger and older actors in this attraction, as all the escaped convicts were pretty threatening and we had a number of good jump scares throughout. For a simple concept (ie put some actors in an existing maze), A Dead End worked really well.

The Cabin started with an amazing host character who really set the mood as well as providing some great laughs. Once inside the cabin itself, the attraction was a fairly generic cannibal hillbilly affair, with a number of fun jump scares and slightly dodgy American accents. The sets were a bit sparse in places but adequately told the story and set the scene. Due to timing with the group in front we think we missed the chainsaw finale, but in general we had fun, but this was probably our least favourite of the night.

So now, it's Halloween night and we are on the last visit of our main itinerary. We try not to be, but after 6 weeks of scares and travelling, it's fair to say that we were tired and possibly a little scared out. As we approached The Farm House, and saw a long queue we were actually ready to call it a night and head back to the hotel. But we had come all this way and we wanted to offer a full and fair review, so we decided to wait it out. And we are SO glad we did. The Farm House was probably one of the most terrifying things we have ever done and we genuinely left the house shaking. Built in an old abandoned farm house, everything about this attraction oozed class. It looked amazing from the outside and once inside, the rooms felt so authentic and real (that's because this wasn't special effect theming - this really was a dilapidated old house made safe). It probably didn't help that the building had a dark history of murder, as it was one of the creepiest places we have ever visited - We all stated that we would have hated to be working in there - waiting alone in the dark for the next group to enter! The actors all put on an incredible show and with some special effects and extra theming elements, everything worked to make this a genuinely freaky show. What a way to end our Halloween run - we couldn't stop talking about this maze all night!

Alongside the mazes, Fright Night has a few roaming characters around the Hub and a great atmosphere with the shops and cafe open til late. For a first year of doing it in house, we think Stockeld Park have really hit the ground running and the event could easily get bigger and bigger in the future. If you're up in Yorkshire at Halloween - definitely check them out! 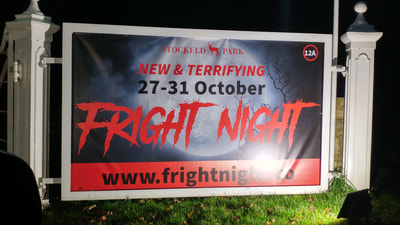 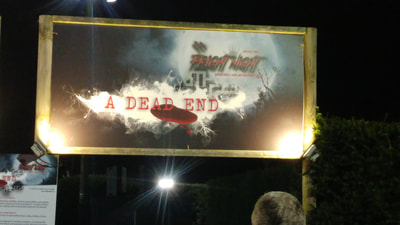 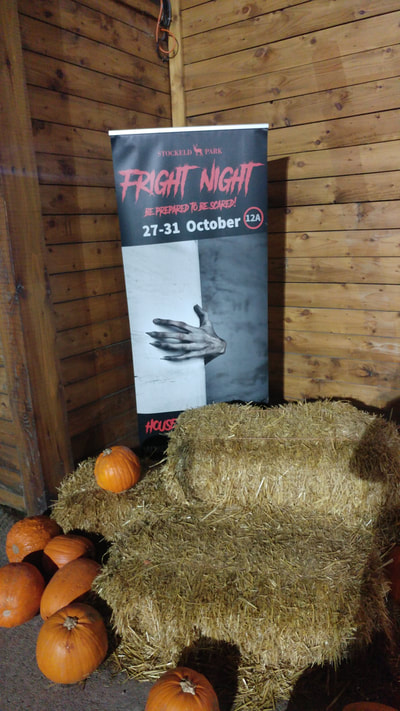 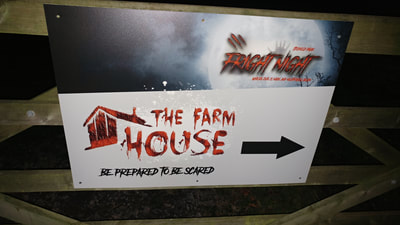 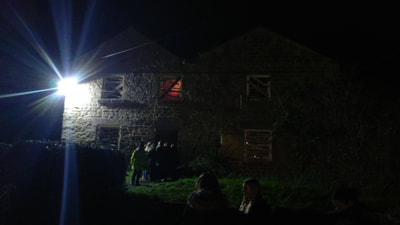 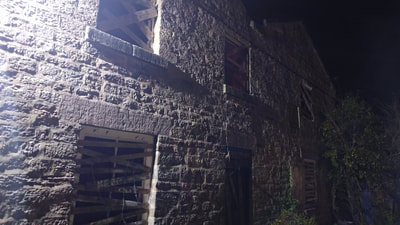 If you are looking for a mix of family friendly fun and a few scares along the way, take your little monsters to Stockeld Park’s Fright Nights. Their three attractions offer something for all ages.

To start our evening we were taken on a guided tour of “Freaks in the Forest”, a half hour walk around the enchanted forest, which had been slightly transformed for Fright Nights with characters from an old carnival telling us a story about the monster Krampus. It was very theatrical and great for the younger audience though a slight shame that there wasn’t much lighting on the actual characters as they couldn’t all be seen properly.

From there we entered “Moonshine Massacre”, an actual hedge maze that we seemed to spend quite some time in, completely lost. The maze itself is good and you can see how it could be used in different ways. The first character we came across set the scene for us and although we enjoyed it, the attraction seemed to miss a few opportunities to scare us.

For the last part of our visit we entered “The Cage: Mutation.” This was a very short, intense maze and staff at the Park advised it is for people aged 15 and over. After a quick safety briefing we entered a dark room that was filled with Heras fencing, strobe lighting and a mix of characters from what was once the lair of a doctor conducting experiments on humans. The scares in this maze were very really active with actors coming at us from all angles. Definitely the scariest of the the three attractions!
​
All in all Stockeld Park is a great way to spend a few hours and is a good introduction into scare attractions for children and those who haven’t been to one before as it offers different levels of scares. Your ticket gives entry to all three attractions, so if your party is of mixed ages and you can’t do all three, you will still find something for everyone. 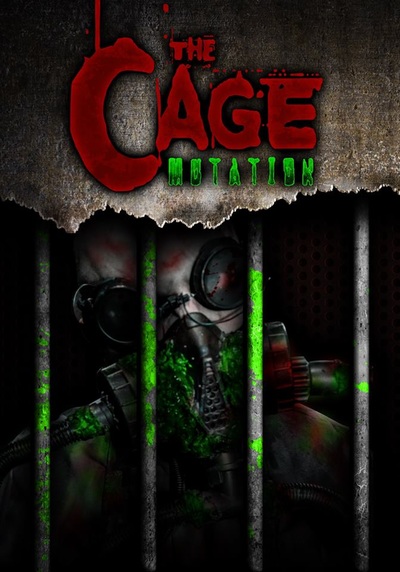 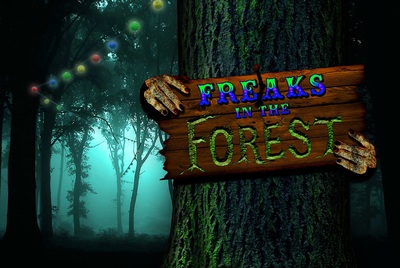