Spooky World is located in the Northwest, to the south of Warrington at Applejacks Farm. The event has been running for a number of years and is well known in the area and at weekends it attracts big crowds so be prepared for a wait at peak times. We've always enjoyed the traditional farm Halloween atmosphere and so with two brand new mazes, we were eager to see what the team had done with the event.

We arrived on a very stormy night and we were a little worried that actors wouldn't be at their best. Our initial fears were dismissed by an extremely well placed and well timed actor with a chainsaw who picked on us relentlessly on our way over to our first maze, Slaughterhouse. The maze sits roughly where the old corn maze would have been in previous years and is a mix of dark tunnels and pig pens. The theming is well done and lends itself well to the farm - we especially loved the clanking chain-like mechanism on the roofs of the tin sheds. The tunnels helped not only shelter us from the elements but also really helped the actors hide. One section really took us by surprise, after we'd walked through without any scares we thought we'd just been unlucky, in actual fact the actress had followed us through the whole section  without us realising ready to pounce as we left. There's some nice multilevel scares too which really made us jump. The finale we felt was a little spoiled as we'd heard it coming throughout the maze but even so, the actor committed 100% to the role and still managed to give us a decent fright!

Next up was Asylum one of the new mazes for 2014, we had fairly low hopes for this maze building up to it - we've done asylum based mazes countless times so thought we knew what we were getting into. Asylum at Spookyworld however doesn't tend to fall into the usual cliches associated with this type of attraction - there's very little caging and instead it's a much more claustrophobic experience thanks to using the maze of shipping containers used and even though the route is similar to the maze that was here before, the maze feels totally fresh. Actors did well to work the space inside with limited options and still provided some well timed impact scares.

The second new maze comes in the form of Carnevil - again it's a style of maze that we've done lots of but Spookyworld have really added their own signature to it. Outside, "Jac in a box" does well to work the crowds and builds up tension for what's to come. Inside, we're treated to a nice scripted spoken piece and teased by the actor - it's creepy and fits well with the mood of the maze and isn't long enough to hinder the flow as can often be the case. The outdoor section was a nice surprise - the character follows the group and although we're curious to examine him it's not long before we realise we're not as safe as we thought and are soon being chased away. Indoors we're taken through a labyrinth or corridors which all look fantastic whilst being picked on mercilessly by the countless hordes of clowns who do a fantastic job of mixing their scare-tactics up and popping out when you least expect it. We loved getting lost in the curtains section of the attraction which occupies a really small footprint of the maze but was extended thanks to some clever misdirection by the actors. Carnevil is a great addition to the line-up and probably our favourite of the offerings at the park currently.

Finally, we made our way over to the Haunted Hayride which we've always loved. It feels quite different to most of the other versions we've seen before and mixes some nice special effects with some great scares. We're glad that all of our favourite sections remain - the 4x4 chase is a really nice set piece and feels very authentic. There's a few water effects so be prepared to get a little wet - not to the point where it becomes annoying but simply adding to the fun. The Hayride does well to vary the action so that it doesn't feel like one scene after another, the route twists and turns to the point where you haven't got a clue where you are or where you'll be going next.

We spent some time walking around afterwards and were treated to some great improvisation from a few of the characters - they were a definite hit with the guests and the interactions were a welcome surprise. One character in particular really caught our eye. 'Wolfman' made a real effort to mix both scare and entertainment, whilst working the food court area incredibly well and even following people to the exit giving us all a howl goodbye. He really stood out, along with the other actors in Carnevil and a few standouts from Slaughterhouse signalling a marked improvement in the acting talent of previous years.

Spooky World have really upped their game this year, playing to their strengths. And the lineup is the strongest we've seen at the park to date. All of the hosts seemed attentive and interacted well with guests feeling like they weren't just going through the motions but genuinely seemed to be enjoying what they were doing. We're looking forward to seeing where Spookyworld goes from here because if this year is an indicator the event can only go from strength to strength. 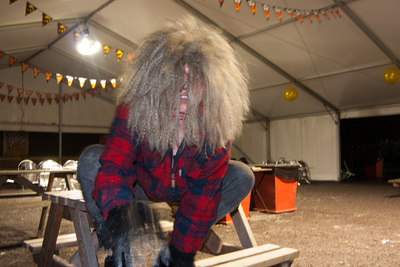 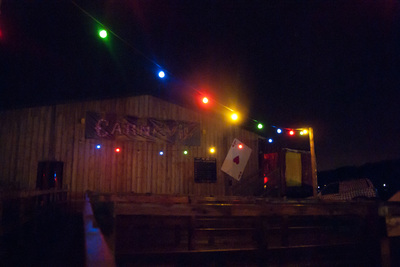 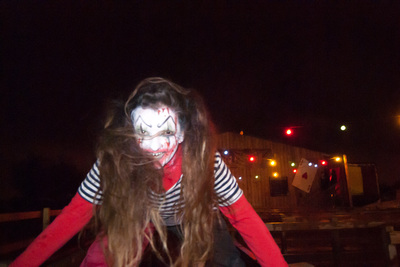 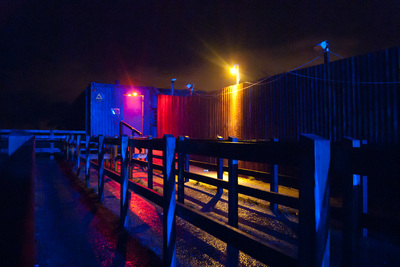 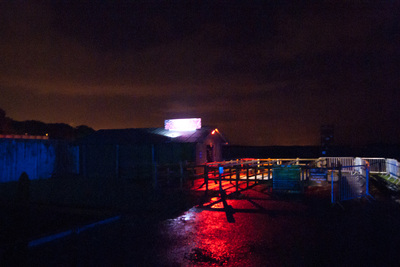 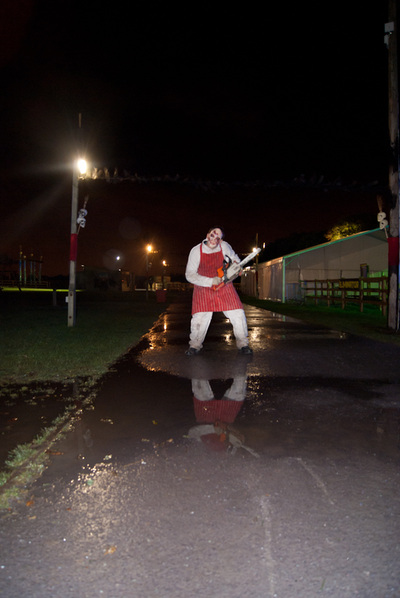 For more details - check out their website - www.spookyworld.co.uk/
ScareTOUR review of 2012

Overpriced, hardly any actors around and the attraction was ful, of unruly teenagers being abusive and rude. Security never did anything when a woman hopped over the fence to rejoin the queue even though he saw her do it.Absolute shambles

Very scary - Excellent attraction which gets better year after year. The staff are very helpful. It can be very busy at the weekend so fastpasses are recommended to beat the long queues. Really enjoyed both visits to the park this year and will continue to visit next year! Well done Spooky World :-) 10/10

It was extremely scary, even though you knew they were actors at the point they chase you, you forget and start freaking out. It's hilarious to watch other people getting scared rather than it being yourself, I went with a large group (of 8) and we all enjoyed it. Two of us went on as much as we could, however we did not manage to go on the Carnevil as there was little time. Fortunately we had fast track tickets, which were very handy as we could skip the cues! Thank you to the park and actors for a very frightful night.

We visited spooky world earlier tonight. What a rip off!! Massive queues, poor attractions & worse acting. Its a shame because with a bit more effort could they could do so much more with this place. Would not recommend it at all. Save your money... 3 hours of my life I won't get back.