For the past few years, Imaginative Productions have hosted a small scare attraction at the Kirkleatham Museum in Redcar. This year, new attractions have been been added to the line up to make for a longer and much bigger experience, so we couldn't wait to visit.

Scream Factory offers two different experiences with one show taking place during the day - the Twilight Tour, designed for families with young children, and then the Extreme Tour which takes place in the evenings, designed for the adult thrill seeker. Naturally, we took the Extreme Tour. The event is held in a field and woodland area to the rear of the Kirkleatham Museum, which is very easy to find being well sign posted off the major roads leading through Redcar. A well lit car park provides ample parking space, and is also free.

A short walk around to the back of the Museum led us to the entrance of the attraction where we were immediately greeted by friendly staff who guided us to the ticket area, admitting us with minimal fuss. After handing over our tickets, the lively hosts batched us into small groups of around 6 to 8 people and placed us into holding areas until it was our turn to venture through the tour. Despite only having a short wait we were kept entertained by 2 actors who would come over to offer small scares and poke fun at the waiting guests.

The night of our visit appeared to be quite busy with a great atmosphere and although our tour was time slotted, the short queue time in the batching area was clearly down to the impeccable organisation of the event itself and the efficiency of its staff - something which has given us major concerns at other events around the country.

The time to take the tour had arrived and after a quick safety briefing our group was sent off on a path down to the woods. During the safety brief we were told that the actors would touch us. As a side note - during our visit, none of the actors actually touched us and we left were wondering if this was a deliberate attempt to put us more on edge (it worked), or if the actors are given the option to touch guests but are free to choose when to do so. Either way, with that in the back of our minds we were certainly a little more jumpy than usual.

The first building we entered was a barn, with lots of hanging bodies and it became clear we in territory of cannibal butchers. The scares came thick and fast from hillbilly type characters, eager to chop us up for their next feast. It seems from the off there was no easing us into the attraction gently.

We proceeded further along the route and found ourselves in a number of different themed mazes which flowed nicely from one to another, with the distance between each just long enough for us to catch our breath but not so long to become boring.

Along the way we encountered a Haunted House style maze with a very impressive facade, and while it may have looked pretty at first on the outside, the butler in the first scene gave us an enormous fright which moved the whole of our group!

A few smaller mazes and scenes take place outdoors, which mixed up the tour's variety very well. We loved the creepy Cemetery, and with our attention focused on the large church set towards the back of this area, we were caught out by a number of zombies rising up from the graves or just seemingly appearing out of nowhere. A great credit is due to the actors here who must spend most of their night crawling through the long wet grass!

Next up was our favourite maze of the night - the Twisted Cinema, which took us through a collection of different scenes from classic horror movies, each with suitably convincing characters, and this is one where we felt the actors gave their strongest performances - both in scaring and getting laughs.

Moving on, we found ourselves at the House of Fun, which is a carnival and clown themed maze, but not with your usual classic happy clowns seen in so many other mazes with this theme. Again, the high energy actors chased us around rooms and had us jumping in some very bizarre scenes.

Exiting the House of Fun, we were led in to a small indoor strobe maze, using fences with actors frantically banging and jumping out at us. We loved the claustrophobic layout of this finale, and although short, it provided some good scares and some hairy moments where we had to squeeze through the fences and past the actors to get out.

Upon exiting the final strobe maze, we thought it was all over and could see the catering units in the distance. As we proceeded up the path we were given one last almighty scare which literally made us jump and run like hell! Without giving too much away, all we can say is the clever use of misdirection here will certainly get you, in a big way!

As we quickly ran off, laughing at ourselves, it was time to grab a quick bite to eat and watch some of the unlucky guests behind us getting some big freights on their way out. This of course adds another level of entertainment to the night.

We were impressed by how lively all of the actors were throughout the Scream Factory tour. Most of who actually had lines and short dialog which certainly added to the experience, as opposed to many other attractions where the actors only jump out and grunt. Also, the clever use of lighting made many of the mazes more theatrical with the actors using lights to hide or reveal themselves, giving us much better quality scares. It was clear a lot of thought had been put in the design.

Did the Extreme Tour live up to our expectations? Absolutely! The only small criticisms we had were that the entrance and batching area could do with some decoration and theming - this should be no hard feat to achieve given the level of detail throughout the rest of the attraction. We would also like to see (or hear, rather) more ambient music used in the mazes as some areas felt a little quiet where we were moving between scenes.

With these small niggles aside, overall we were very impressed with our visit to this attraction and had an extremely fun night. With the whole experience lasting around 45 minutes and at the 2015 ticket prices of £13.50 online or £15 on the door, we feel this is one of best value scare attractions we've visited this Halloween season! We cannot wait to see what the team behind Scream Factory will do with the event for next year. 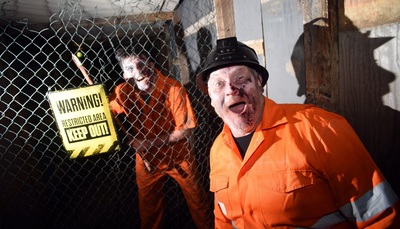 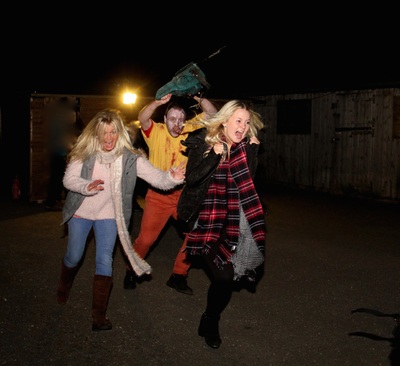 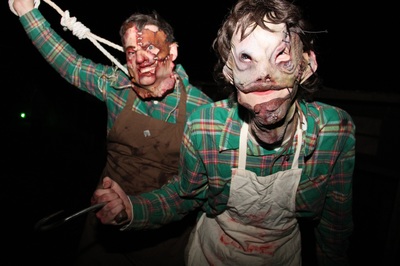 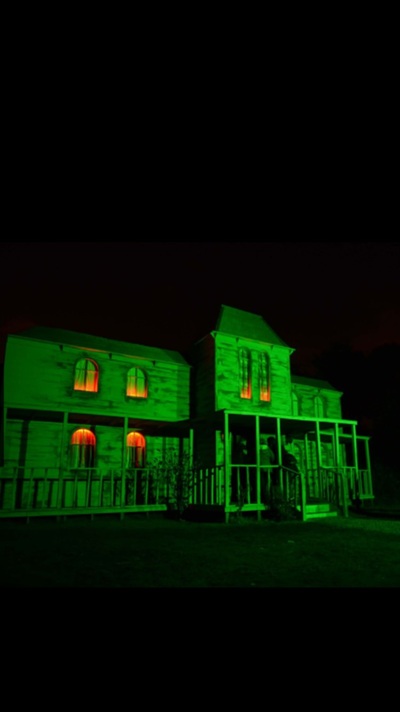 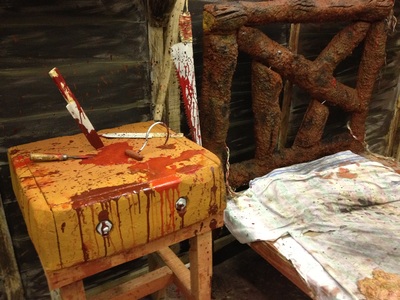 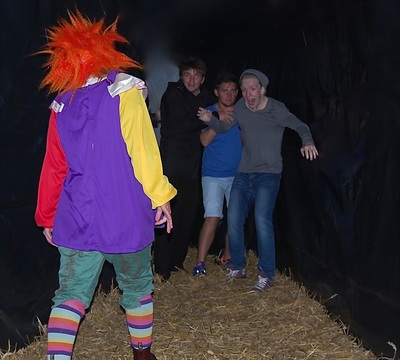 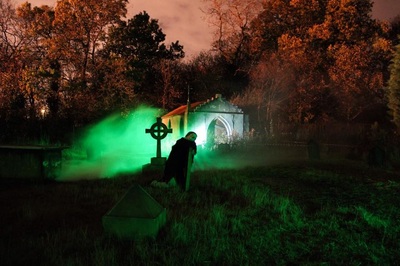 Terrifying - My daughter and I have just got bk from the scare factory Redcar and have to say what a well thought and organised event was scared senseless lol. Hope it's on next yr will be there again. Many thanks to the team who put on an excellent show. C u next yr Linda and Emma. X