Based at the Kirkleatham Museum in Redcar, Scream Factory is a relatively new show which offers a family friendly experience during the day, followed by the more adult friendly Extreme Tours in the evenings.

The show itself lasts for about 20 minutes and is like a who's who of scare themes, with clown rooms, zombie miners, deranged nurses, murderous hillbillies and so much more. The rooms and scares come at you at a great pace and the actors throughout were lively and shouty, leaving us on edge for most of our trip through.

The scenes were a mix of traditional scares,some Dungeon style theatrics and a few tricks along the way. After being sentenced to death we certainly weren't expecting to be hooded for a portion of the maze and with the distant rattle of a chainsaw lurking we never really knew when we were going to be attacked next.

For an attraction that very few people will have heard of - we were really impressed with the passion and hard work that had clearly been put into the show. The actors were clearly enjoying themselves, and many of the guests could be seen running out the exit both laughing and screaming.We can't wait to see what they come back with in 2015! 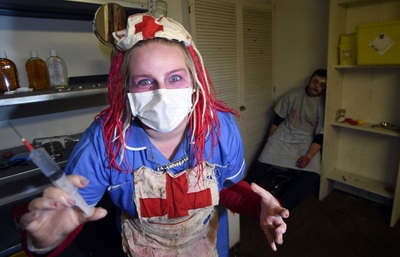 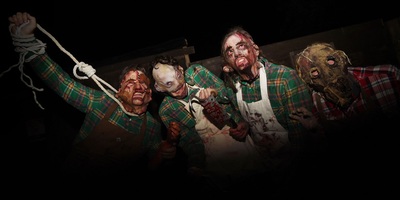 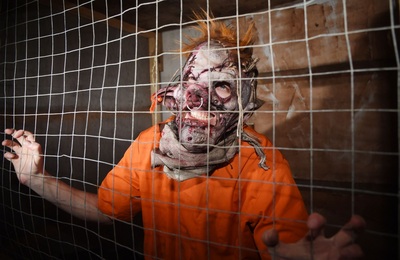 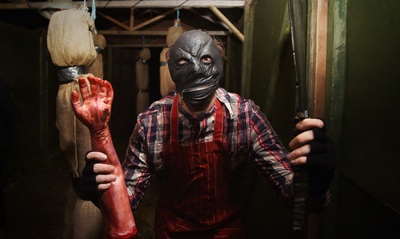 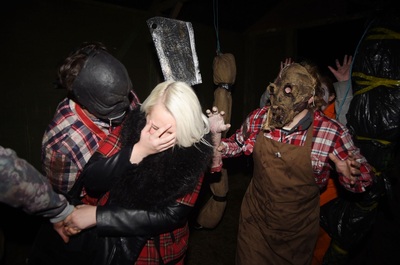 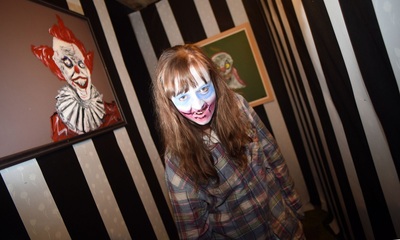 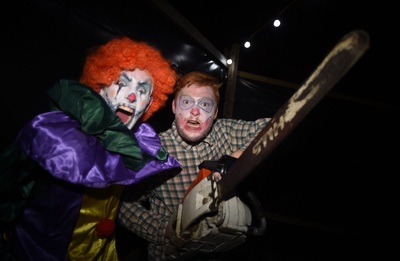 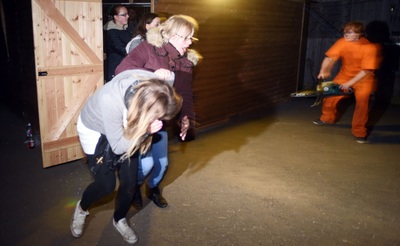 Pictures by The Gazette newspaper

OMFG it was brilliant ,i never scream at anyting but gettin chased by a dis-figured pig in the dark, in a corridor that we just walked thru and the pig came from nowere and was basicallyin my face b4 i reliezed ,omg that scared me and did i scream and strangled my daughters friend.yes i did (who i was supose to be protectin incase she got scared coz she was 11 years old ) i was petrified ,,,,,,,,,,,,,and at the end of it the physco chainsaw lady got me cornered with a chainsaw,,we sorta done a rugby dance then i fucking RAN ,and i dont ever run,,,,,,,,,,,,,,defo will be goin back every year

i went two nights at the kirkleathem Museum. The first night was brilliant queued about 20/30 minutes and was straight on the tour. I was really apprehensive about doing it as I easily get 'freaked out'. The second night I went with some friends that I had told all about it (didn't shut up about it for days). We queued about 4/5 hours and we kept meeting other groups that had set off 10 minutes before us - this did make the tour a lot less enjoyable as you could hear what was happening in front of us. However my friends loved it and raved on about it for days. We will defiantly be doing it for many years to come on Halloween.

Was very apprehensive as the boyfriend thought it was going to be rubbish. HOWEVER it was fantastic and we both had a great time. very spooky and the walk through the wooded area was great. The only bad thing was ypu could see/hear the group in front at parts so you knew what was coming. The bag on head was a great idea and the circus was genius. I am petrified of clowns but didn't see one. It was a tad expensive considering it was over quite quickly but I would definitely go again and have reccomended to everyone I know. Just want Halloween to hurry round again :)

Can't wait to see what they have in store for 2015, I hope it is as good as last year!!
The actors where really good, costumes also really good.
Price I thought was suitable
Waiting time was a little bit long but you can't help it been popular!!

2nd time and just as scary. Amazing went as a group of 4 went last year and will definitely be going again this year. Terrifying and amazing. Great that it was different last year too more scares and frights. I have recommended scream factory to everyone I know best night out I have had. Excellent and you should add to your list of health warnings (not for people with a weak bladder)