Outbreak by Secrets Beneath

It’s pretty obvious over recent years, that room escape adventures have become more and more popular, and, as such, the format lends itself very well to a horror themed storyline. Whether trapped in a room with a zombie, or fleeing some medical facility, the concept allows for great audience interaction, team building and immersive storytelling.
New for this year by Secrets Beneath is Outbreak, a multi room escape adventure that takes the well-worn zombie outbreak scenario to create a terrifying original and puzzling experience.

As with any room escape experience, Outbreak is best entered knowing absolutely nothing about what is inside. With the event due to return in the summer we will remain as spoiler free as possible. Even so, it’s not giving much away to mention that each room had a number of different styles of puzzles to be solved. These ranged from searching for hidden objects and cracking clues through to physical activities that needed everyone in the team to be involved. Of course it wouldn’t be a horror themed adventure without a few zombies thrown in, and the appearance and disappearance of these throughout the experience added a whole new level of tension. This was also when teamwork came into play as we all would work together to distract the creatures to let other team members solve the problems!  Add in some strange noises, some surprise effects and a big chase at the end and it all built up into a genuinely exhilarating experience.

Each room had a different style and theme which really kept the interest levels up. In other room escapes we have often found that one person rules and controls the whole event but in our team, the dynamic kept changing, depending on the scenarios presented to us. In between each rooms, the well themed corridors and tunnels were very reminiscent of a normal style scare attraction. In fact the whole attraction had the creepy and scary vibe of a scare maze but with some devious codes and puzzles to solve along the way. We were also impressed with the technology throughout, with screens counting down the time and computer controlled locks opening and closing doors as required.

By the final game – one poor soul had all the authority thrust upon them and had to get the team to safety. A task as dark and terrifying for the team as it was for the poor selected member who had their fate in his hands.  We have never seen anything like this finale room in any other room escape adventure, and for some of the team it was a genuinely unnerving experience.
​
Having now experienced a number of events by Secrets Beneath, it is clear to see why they won best independent production company at the recent SCAR awards. From beginning to end – the experience was created and performed with such passion from the team with a mischievous streak or originality and humour, running through it. In fact it was one of the most immersive experiences we have done and we are pleased to reveal that we managed to escape without anyone of our group getting infected! 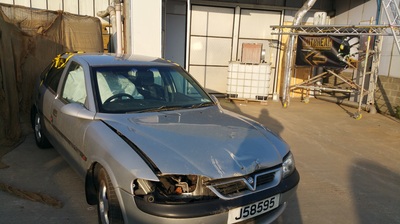 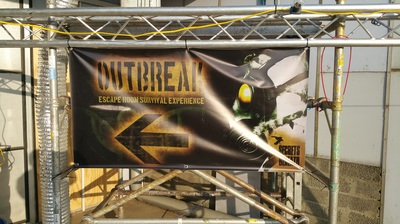 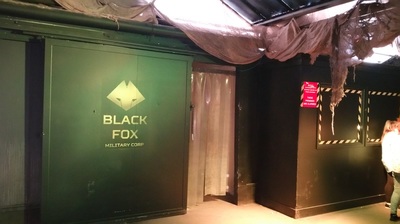 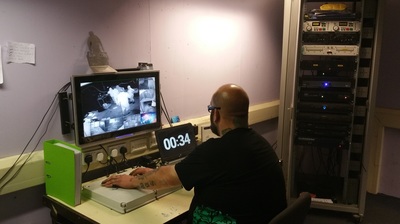 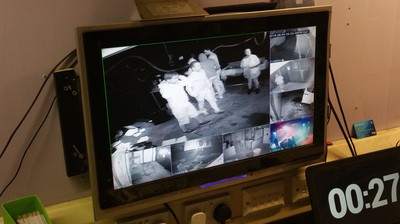 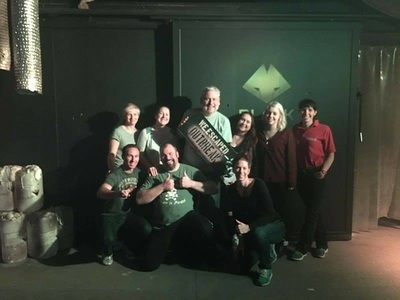