The London Tombs is well known for being one of the best year round scare attractions in the UK, so I always enjoy a trip there!  This, however, would’ve been my first time going round an entire makeover as they had decked it out for Easter promising a killer bunny on the loose!

Being told it wasn’t as extreme as their halloween event, Phobophobia, we were lead into the beautifully themed entrance corridors.  They had a great story involving a casting for a new film that was being made and they started to pick, from our group, a scream-queen, a hero and a villain and each of us them had different tasks to perform as we made our way around the top level of the attraction - known usually as the historical section of The London Bridge Experience.  I will say, sadly, this all felt very rushed.  I don’t know if it was because it was designed that way or if it was last thing on a Saturday night - but it didn’t seem to matter; there was some nice scares along the way, some good laughs and the adrenaline infused action only seemed a rehearsal for what was to meet us downstairs.  And this was the point really… as downstairs is where the cameras would start rolling and we would be able to show our leporiphobic acting skills to the max.

Leporiphobia is the fear of mutant bunnies… and this fear was put to test in the very first scene of the whole attraction when a giant “were rabbit” style bunny came to life and followed us from the first room to the second.  We thought this would’ve been better as the finale of the scare maze - especially if he were to be welding a chainsaw - but, not to worry!

The scare maze itself is beautiful. It’s long.  It’s themed to the nines.  It’s also, sadly, very rarely filled with a large amount of actors.  However, the night I went I was pleasantly surprised to get many scares!  I appreciate the “American” style scares it has in there; we get some beautiful animatronics and pneumatic scares - along with some wonderfully placed actor scares!  The, albeit inevitable, chainsaw finale was the best I’d ever seen! He just kept chasing us - and to place it in the second to last room was utter genius! Though, again, I would’ve liked a giant bunny rabbit to have provided the final scare - as opposed to the very first one!

Not a HUGE amount had changed over at the LBE for their Easter event - but it was nice to see extended hours (10pm last entry!), some funny actor moments and just to get the chance to get in the country’s best (and only year-round) scare maze on a Saturday night!

I am now more curious to check out their halloween event… Phobiaphobia! 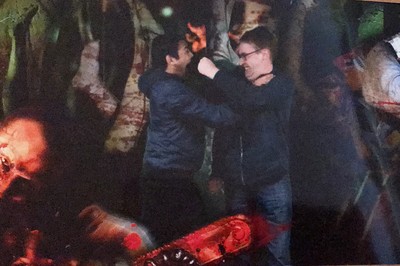 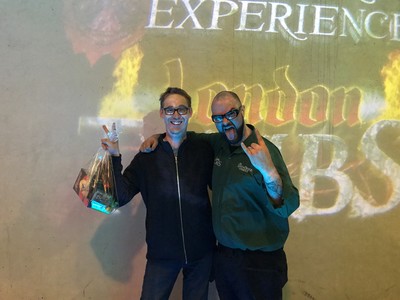 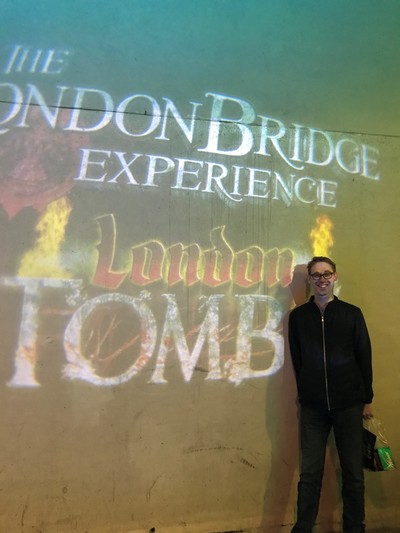