Fort Amherst always had a reputation for being one of the most intense scare attractions out there, but in several years we have found the experience to be a little tame. Fortunately this year the tide seems to have turned and we were back to some of the chaotic scenes that we have been accustomed to

Built and run by an enthusiastic bunch of volunteers, our tour took a different route around the fort, starting at the highest point and working our way down. As usual the atmospheric tunnels were filled with some clever set design, alongside some very hands on and touchy actors. And the actors had their work cut out for them, as a batching issue meant we were a slightly larger group than planned, but the actors were still able to squeeze around and through the group, delivering up close scares to everyone.

These scenes are always chaotic, as you can hear people scream around you and wonder what is happening before a creature suddenly pounces and scares you whilst distracted!

Once out of the main fort – some new temporary structures created a hillbilly village where the actors did their best to give everyone an up close and personal performance – We wont say what the inside of that teddy bear's eyeball socket felt like, but it was disgusting to be forced to stick our finger in it!

By the time we came to the end of our hour long tour, we had been touched, jostled, grabbed, pushed (and even in one special case – put in a coffin). The hands on nature of the event is what makes it so special, and it's clear that everyone at the Fort and the volunteers who run this event, are passionate about giving a terrifying but fun experience to all those who dare to enter. We WILL be back for 2022! 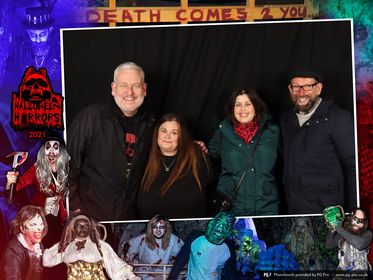 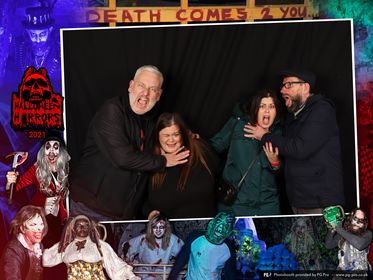 We have always regarded Fort Amherst Halloween Horrors to be one of the most intense scare attraction experiences out there, which is quite a claim, seeing as the event has been running for over 35 years. Built and run purely by volunteers, it is a massive passion project for everyone involved and is a big fundraiser for the charity that owns the historical building.

It's a shame then to report that this year we just didn't seem to get the same level of experience that we have had in the past. There was an incredibly tense and terrifying tunnel at the start of the route, and the final couple of scenes were as intense as we remember. But in between these, there just seemed to be a lot of stopping and starting without much happening. We miss some of the scenes of mass hysteria, where creatures would attack mercilessly from all sides. The nearest we got to this was a clown scene, and despite a bit of hair touching, they actors were quite passive in their interactions. Remember this is an event that in the past has picked us out of the group and dragged us into a coffin and closed the lid on us! As we mentioned above - it was only the final scenes that felt anywhere like it. For example, this reviewer was forcibly dragged onto a grimy sofa and dry humped by a hillbilly! It was shocking, scary and bloody good fun!

One thing we did notice this year, was a bigger focus on sets and theming elements throughout. The spider projections on the wall were particularly impressive as was a laser room and a couple of the maze sections. For an event that has no money for infrastructure build and tech, they have pulled off some effects that would put larger events to shame!

All in - Halloween Horrors at Fort Amherst is a great event, and we have to praise everyone involved for all the time and effort they put into this show without payment. Maybe they were missing a few actors on our night we visited, but we hope this is just a temporary glitch, as we would love to see the event come back as manic as it has been in the past and maybe even run for another 35 years! 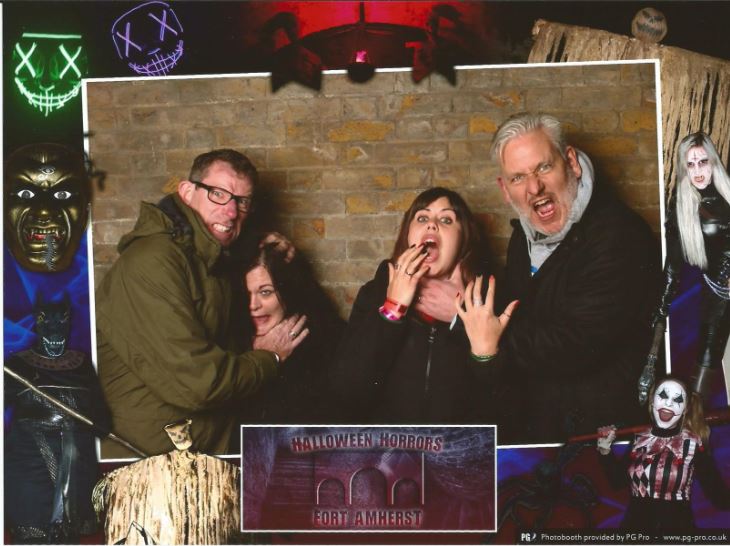 Mildly scary
Was disappointed with event this year. Not many characters throughout the tunnels, groups too large, lots of security guards hanging around and long waits to get in and then delays between sections in the tunnels. Having been before and having had great experiences this year was not up to the expected standard.

We have always loved Halloween Horrors at Fort Amherst and this year has seen a management changeover in the volunteer team that run it. Created as a charity event, over 35 years ago, the tours have always been chaotic and genuinely scary - but what would the new team bring for this year?

First up was a complete, re-route around the venue. Starting at the exit and working our way down through the fort was already a different dynamic to before. Next, we realised that many of the "stop the group here then attack them on a particular sound cue" scenes had been taken out. Granted there were several remaining and yes we somehow ended locked up in a coffin again, but this year felt less repetitive.

There were also some more theatrical scenes including the creepy church scene with the demons and the whole army section trying to protect us from the zombies. Add in some more confined corridors and a hooded rope section, and it was clear that the new team are looking for some variety.

All in - it's still an event that is really hard to talk about unless you have experienced it yourself. The whole venue, audience dynamic and themes, all worked perfectly to create a completely unique experience that has to be seen to be believed! 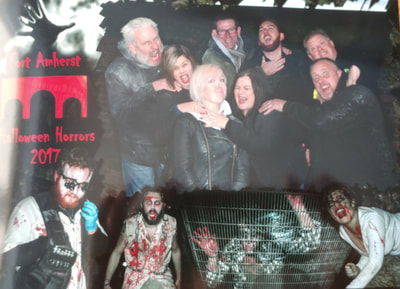 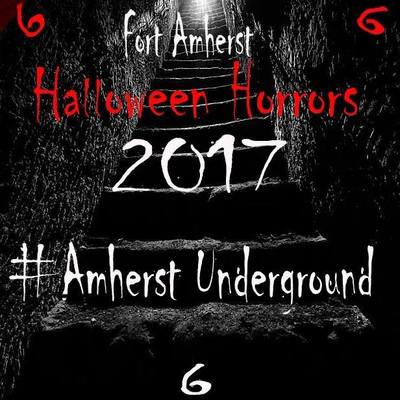 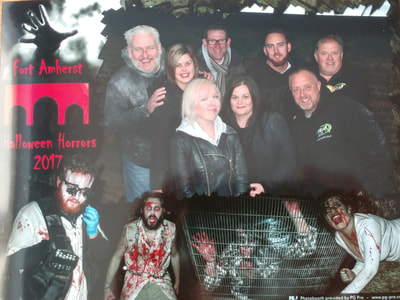 Fort Amherst Halloween Horrors has been a long standing favourite of the ScareTOUR team. It’s always been an exercise in unrestrained terror, and due to the large group sizes, the feeling of mass panic in each of the scenes is palpable. Sadly over recent years, the attraction had started to repeat the same style of scare over and over, and although the team were still able to scare us each time, the attraction started to lack some originality.

Roll on 2016, and it would seem that the team have their mojo back, as the first half of this year’s event was new and different – playing out more like a maze style scare attraction with a trip down Amherst Mine. The actors were as lively as we would expect from Amherst with no qualms about touching and grabbing. Of course – it’s this physical content that makes the event stand out and in the later rooms (which started to follow the old pattern of attack) the actors weren’t afraid to get very up close – even if that meant dragged us off into a coffin!

The fact that this attraction is manned by volunteers who are giving them time for charity, is amazing as they are all very dedicated and very active in their roles. They clearly seem to be having fun (point  in question – the  6ft 7 werewolf that decided to tickle us for an extended period in one room.) It was the closest we have ever come to a Code Yellow in an attraction!

Another great thing to see this year was the enhanced security presence, and when a group of people in our tour were noisy and disrespectful, they were immediately escorted out the experience. If only more attractions had the courage of their convictions in this regard. We know most safety spiels threaten expulsion, but it was great to see it in action, which meant we could enjoy the show in peace.
​
All in – it was great to see the event had made so many changes and we left the fort with a massive grin on our faces. 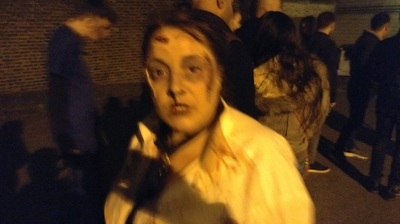 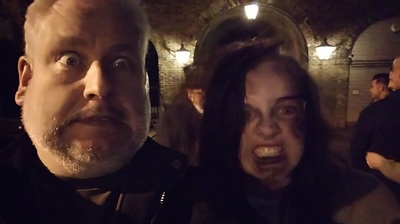 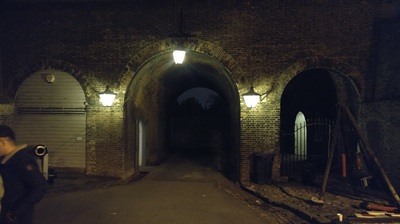 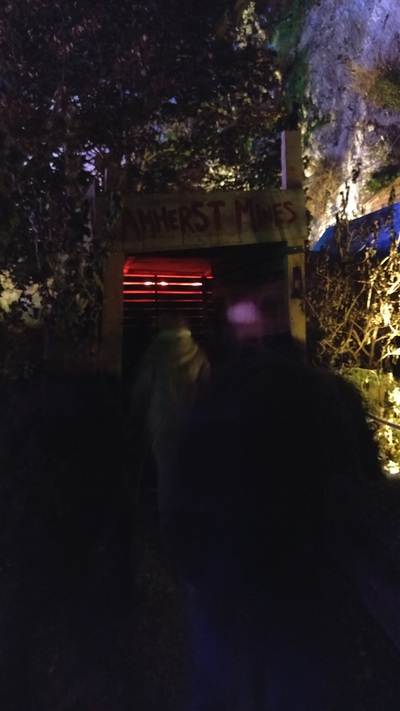 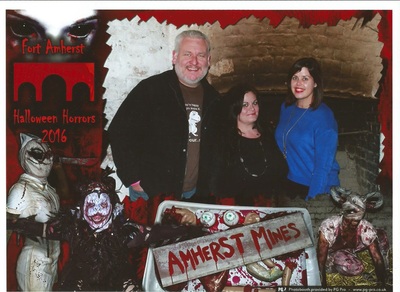