The radio news was reporting that we were about to experience the hottest day of the year, so it felt quite surreal to be sat in a sweltering hot car, driving to what was about to become our first Halloween review visit of the year. But as always – Farmaggedon held their press event in mid-September, and so on a hot balmy night (with added atmosphere created by the lightning storms in the distance) we pulled up at Farmer Teds in Orsmkirk.  Celebrating their Ten Years of Terror, we couldn’t wait to see what new fear they had in store for 2016. We weren’t disappointed!

The evening started with a presentation from Mark Edwards – the owner of the event who unleashed some of his roaming characters onto the gathered throng of press, media and stars of Hollyoaks and reality TV. We all had chance to interact with these exciting characters before being let out to explore the main scare attractions in the park.

Farmaggedon is built round a central courtyard area, and the theming in this area alone, would put most parks to shame. A large stand-alone castle structure beckons with photo opportunity spots and a massive animatronic demon on the roof. The area is populated with many different weird and freaky characters who delighted in chasing guests or tormenting them as they pass through. Just off from this courtyard is the waiting area for the park’s biggest and most famous attraction – Terror on the Farm.

There’s not much else we can say about the incredible façade for Terror on the Farm. Standing two storeys high, the whole thing is an exercise in excess. It really doesn’t need to be there. In fact it actually bears no resemblance to anything else in the rest of the attraction. It is 150% pure gaudy spectacle - and we love it. Once inside, we were herded straight into the  “new for 2016” element, The Foundry, which has been added on as a prequel to the main maze. As its name would suggest  - the Foundry is a dirty, noisy and fiery addition that combines some great fire effects some lively and noisy actors, and some impressive animatronic effects (including a totally stunning huge circular saw effect which swung at us out of the darkness!)

The Foundry element is a great addition to the main maze, and could easily be extended slightly and made to stand alone as a 4th attraction at the park. As it is - it sets you up nicely for the main part of Farm of Terror. Now we have said it before, but there is probably no attraction in this country that can beat Farmaggedon for detailed theming. Farm of Terror has it all, from high vaulted ceiling churches, to rock clad grottos, and evil voodoo swamps, with each room populated with a combination of stunning animatronics and live actors . In fact this is one thing that sets Farmaggedon apart. There has obviously been a lot of money spent on effects and animatronics, but they are used to complement the live actors as opposed to being the main source of scares. The combination of animatronic and actors works well and really ramps up the fear.

Another unique point about all the mazes at Farmaggedon, is how long they are. Farm of Terror is now even longer with the Foundry, but even the two unchanged mazes from previous years  containied long undulating paths that seem to go on forever.

Contagion returns with the very impressive 3D walls and paintings that really make the static sets come alive. What also works really well, is that the 3D colour scheme paint has been applied to all the actors costumes and masks which creates a really disorientating effect – especially when the actors hide themselves against the walls. The whole attraction really feels like an evil twisted fun house and the changes in elevation just create more confusion amongst the chaos. There are also some very well hidden drop panels that had one of our team screaming every time they were triggered!

The Meat Locker also remains mostly unchanged but this year felt very slightly underpopulated – with a few moments along the long path with not much happening. This could just be the size of the maze but apart from the stunning chainsaw finale through the flooded factory, this was probably the least scary of this year’s line-up. (although ‘least scary’ at Farmaggedon would be pant wettingly terrifying anywhere else!) Talking of chainsaws - on the path back to the main arena we experienced a surprise chainsaw attack that had two of our team fall to floor in fear while the rest of us stood laughing hysterically (that’s what friends are for!)

The final attraction at the event is the pay extra Zombie Outlaw paintball experience. This first debuted last year and it is great fun sitting on a trailer shooting live zombies in the head as they lurch towards you. Compared to previously, there were far more zombies and the chances to shoot them were numerous throughout. It really is a fun diversion from the scares of the main mazes and always proves to be really popular. If your heading to the event – make sure you grab your tickets for this first.

As the first event to open each Halloween, Farmaggedon always sets the standards for other attractions to aspire to, and if everything this year is as good as this we should be looking forward to an incredible Halloween 2016! 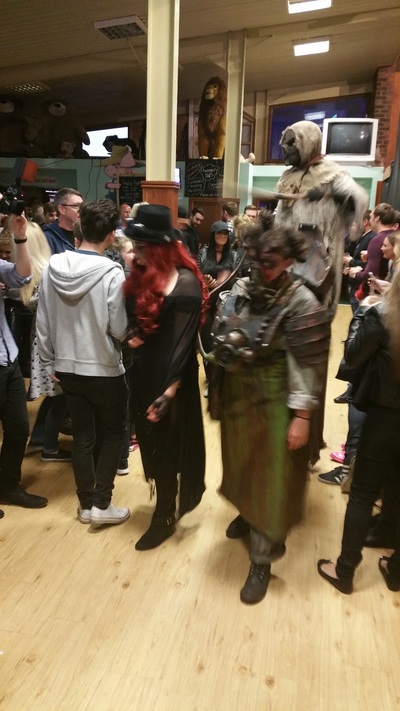 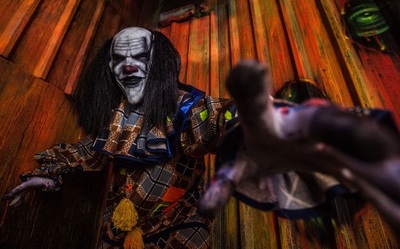 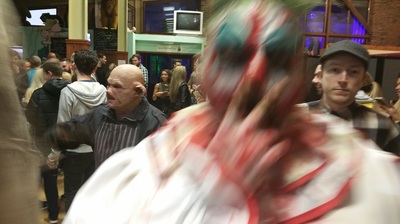 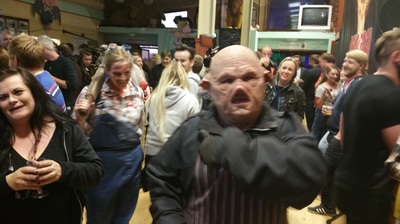 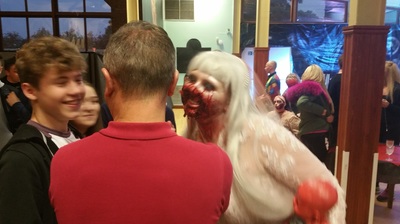 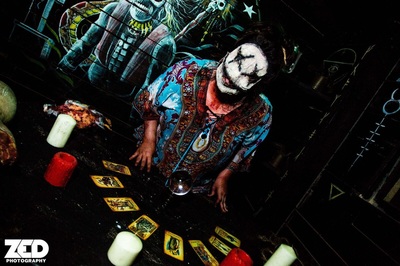 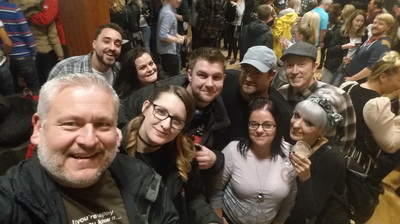 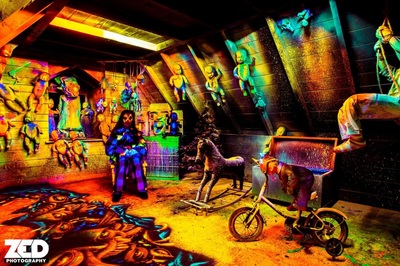 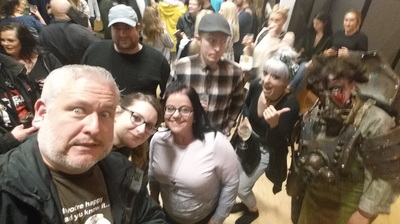 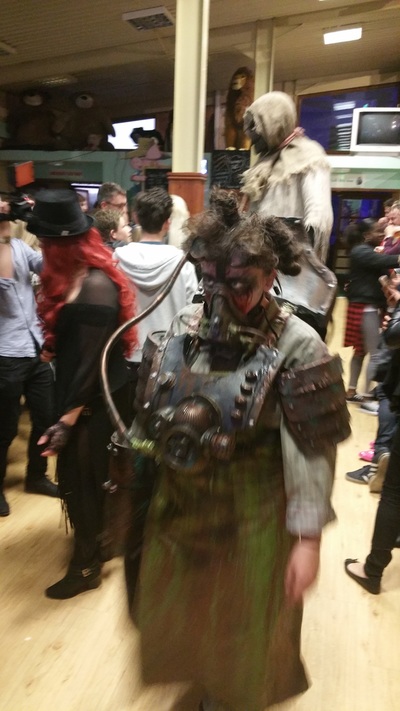 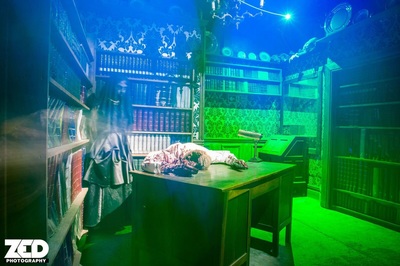 Terrifying - Farmaggedon is an experience not for the faint of heart! Monsters lurk in every crevice of the mazes and will do their utmost to scare the crap out of you. An ace night for anyone looking to be scared .
The best thing for me was The Meat Locker and the Zombie Outlaw, a paintball experience! but to be honest it all was ace. The standard of acting throughout was incredible., you can really tell the zombies love their job from being hit by paint balls all night hahaha , and I must say the make up is outstanding!
There's a great selection of food and drink available, and an area where you can sit and chill in between going into the scare houses. We will Definitely be going back this next year.
Visited October 2016