September is always an exciting month. The days start getting shorter, the evenings are getting cooler, and all across the country, attractions are making the final preparations for their Halloween events. But not Farmaggedon. It's still over 6 weeks from Halloween, and they already operational and inviting their first guests to experience it. As the first Halloween event to open, they always set the bar high, and this year is no exception.

What stands out most about Farmaggedon's attractions is just how massive they are. The mazes are long, extremely detailed, traverse across several levels and always leave you guessing what will come next. Whether it is the elaborate theming in Terror on the Farm or the crazy 3D images of Contagion, the mazes seem to just keep going and are full of great scares throughout. The whole review team were jumping and screaming through each one:

Terror on the Farm is the iconic maze and it's easy to see why. As quests enter the main queue line area, the full façade of the house really makes a massive impression with its pumping rock music, dancing girls and more. It is clearly the biggest and most impressive scare attraction frontage in the UK and is a great introduction to the whole park. The inside of Terror on the Farm also has to be seen to be believed as it contains detail and theming that wouldn’t look out of place in a big theme park attraction. Every wall and surface matches the theme of each room and set pieces include what appears to be a full scare church set in woodland and a mysterious voodoo temple with intricate waterfalls and foliage. The actors and scares throughout this attraction were loud, lively and scary!

The 2nd attraction  - Meat Locker, relies less on large ornately themed sets and props but focusses more on giving guests a series of scares from beginning to end. Throughout the maze, all the actors were really giving their all and kept surprising us with their ingenious hiding places and jump scares. Farmaggedon really seem to have mastered the art of drop panels and some of the best scares came in narrow tunnels where there was no place to hide. We also have to mention the big finale scene with the raised metal walkways suspended over water (acid) with waterfalls of it cascading into the room - a clever and memorable effect.

Contagion has been through several different guises, but the key element is the fantastic use of 3D throughout. Unlike some attractions that go for a subtle technique, Contagion throws as much as it can at you in 3D that half the time we couldn't really work out what was real and what wasn't. We certainly had our biggest scares and loudest screams in this maze as we were constantly being assaulted by creatures and effects that our brains hadn't registered as being there. Combining this with the disorienting 3D effects on the floor and the elevation changes throughout, the whole maze was completely terrifying (but great fun)

Zombie Outlaw - The zombie paintball attraction is new for this year and involves a ride into the darkness of the farm armed with just a weapon and some paintballs There is something quite satisfying about actually shooting a live zombie in the head and refreshingly we were encouraged to go for head shots.  Compared to the scares of the mazes, Zombie Outlaw was more of a fun diversion than something scary. We loved shooting at the moving (mostly human) targets but with them being so far from the trailer  we felt the attraction lacked any peril or scares. Regardless of that - all the actors were terrific at
building up a real gung ho spirit in the teams and we all left the trailer pumped up and shouting "Hoo Rah" like some demented soldiers!

In between the attraction, Farmaggedon has a plethora of roaming characters  and everywhere we looked there were interacting with, or chasing and scaring people as they moved around the venue.

Having survived all four attractions, we felt that this year's event has really stepped up yet another notch over previous years, and now presents the perfect example of what a farm based scare event can look like. It's one of those events that you HAVE to visit - just to see for yourselves. Certainly the scares, screams and fun we had were the perfect way to start our Halloween season and will be very difficult to beat this year.... 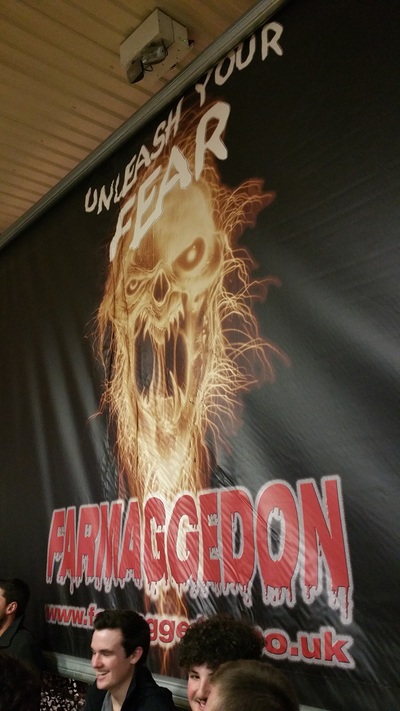 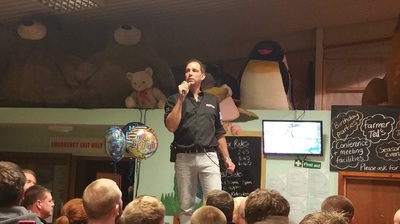 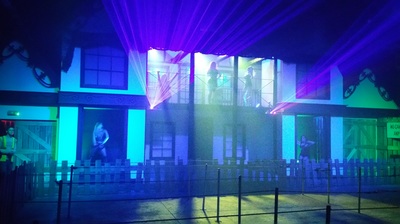 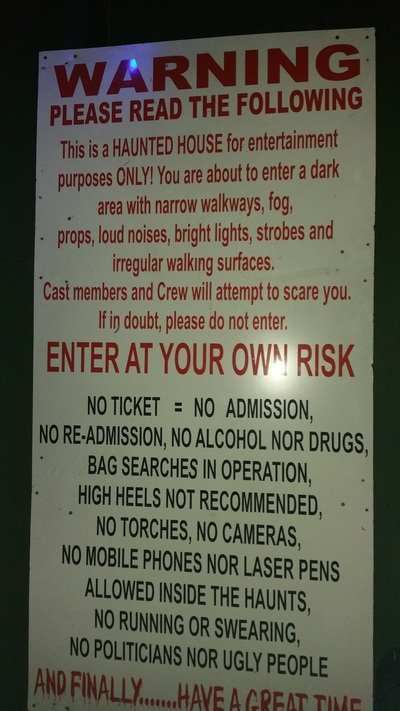 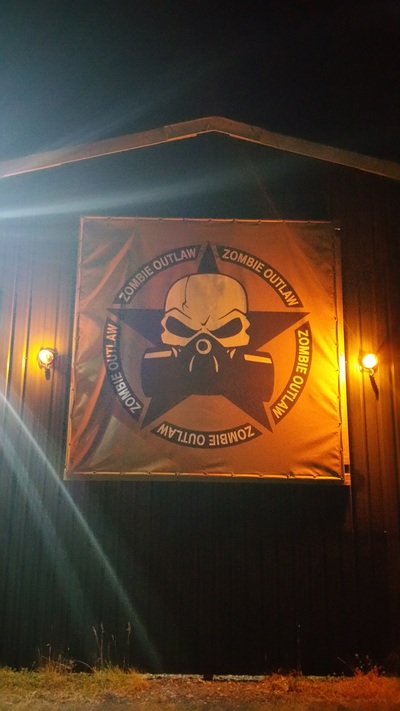 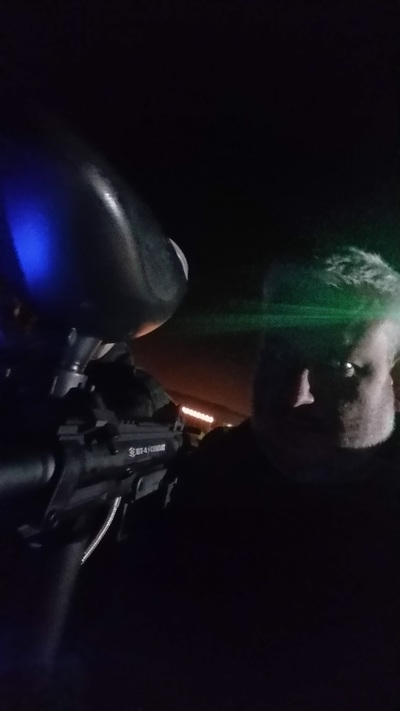 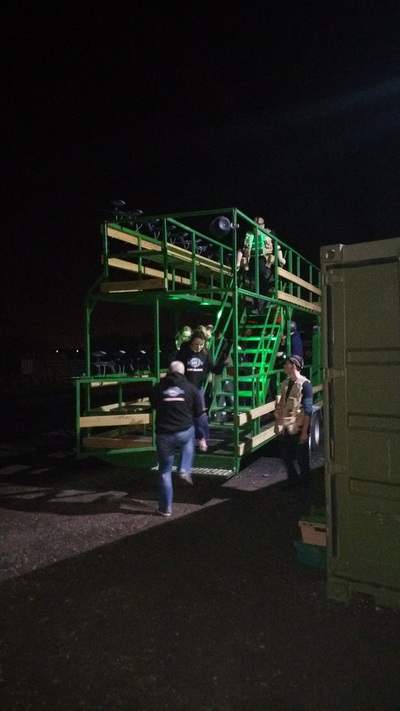 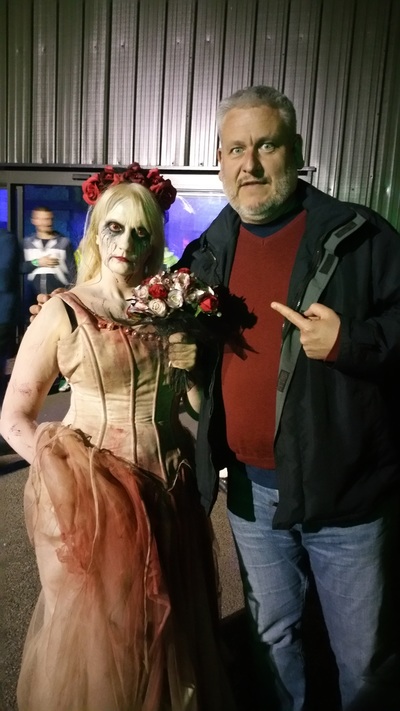 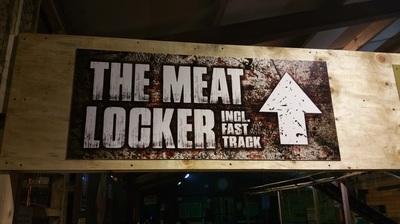 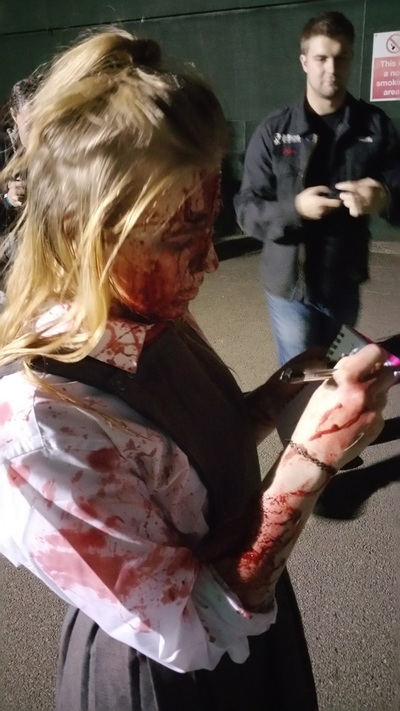 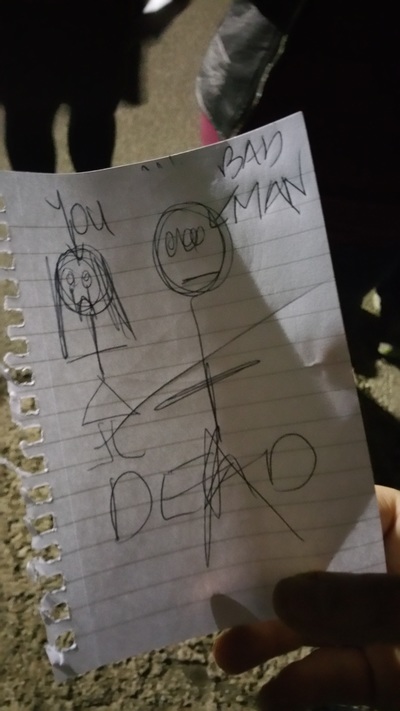 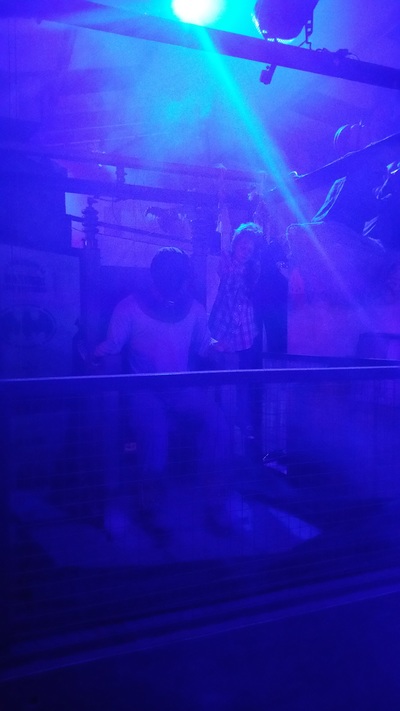 Absolutely amazing I was terrified loved everyone one of them especially shooting the zombies. Cannot wait to come bk again with my friends xx