Dr Frights is now in its 6th year and has returned with a new theme and a load of new scares. We have been visiting this event since it first opened, and every year the team pull off something amazing as well as presenting some really exciting and new concepts.

Nightmare on Main Street – The first thing that really stood out about this attraction came right at the start when we turned a corner to be greeted with a whole high street reaching out into the distance. Dr Frights have been saying that this is their biggest attraction yet and they aren't exaggerating. As we looked into the distance we could see groups ahead of us walking in and out of the different shops, and before we could really take it all in, we were forced inside the first shop. From here on in, we crisscrossed through the marquee visiting each "shop" in turn. We visited pet shops with wild creatures inside, a doctors surgery with crazed medical stuff and so on with each room providing multiple scares and effects. The team had also created some great animatronic effects, including a VERY close encounter with a ten tonne truck that had us all jumping!

Grindhouse Presents Carny Carnage - The Grindhouse has returned for another year and remains a crazy mix of scares and murderous rednecks, This year the locals have decided to hold a carnival to attract more visitors but of course they aren’t looking to entertain us – they just want to eat us! For a maze built in a  marquee this attraction has some amazing scenes and theming including upturned cars, an abandoned caravan and more. Of course - it's the actions of the hillbillies that really count, and they were as dastardly and carnivorous as ever, blocking our route and generally getting right up in our faces. It didn't help when one of the rednecks took a shine to one of our group and held her hostage while we were forced to leave her on her own. We happily abandoned her in our rush to get out - what good friends we are!

Hollywood Horror - By all accounts this is the maze that should not have worked. Classic horror characters Jason, Freddy and Michael Myers etc are the sort of things kids dress up as at Halloween. We weren't sure how Dr Frights was going to overcome the inherent cheesiness of these characters now. but they succeeded. The maze left us with some really high quality scares from beginning to end as well as instantly recognizable scenes from famous horror movies. We were really impressed with the attention to detail throughout, with each change of film highlighted by a "backstage" area and each new film being instantly recognizable even before the iconic character/s appeared.  All in, it was a spectacular maze that managed to make us jump and scream throughout.

Amityville - After the movie theming of Hollywood Horror we were concerned that Amityville would be just another movie themed maze. Fortunately, the whole thing was so well done with so many scares, that we can forgive the designers. Along the path, we passed in and out of the Amityville house as well as including a trip to the boathouse as featured in the movie in a clever ”indoor” section using a star cloth ceiling to simulate the outdoors.  We did feel that the movie references got a little mixed up as there seemed to be a lot of Exorcist style scenes but when the scares were coming as thick and fast as they were, we can't really complain!

One of the key things to remember with Dr Frights is that the whole event is just temporary and once the event is over all the structures will be removed and cows will return to grazing in the firled. That the designers are able to create such intricate looking attractions  with some detailed facades is quite amazing when some bigger attractions and events make do with an un-themed marquee, is a testament to the work that is put in.

All through each maze, the actors were particularity noisy and active and really gave us all some impressive jump scares. Add in the main plaza and the nicely decorated Tequila Twister bar where you can watch other people inside the mazes, it all adds up to a tremendously fun event that you would be crazy to miss! 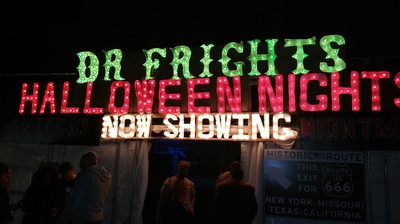 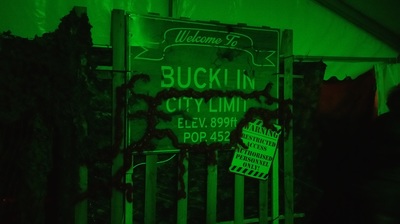 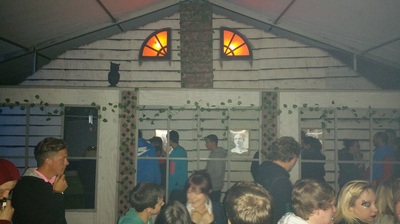 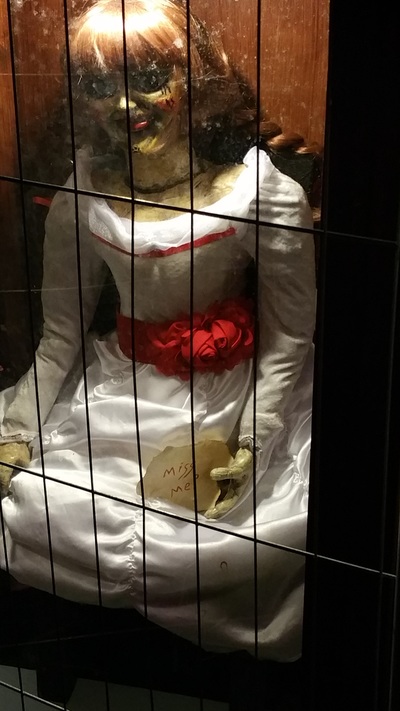 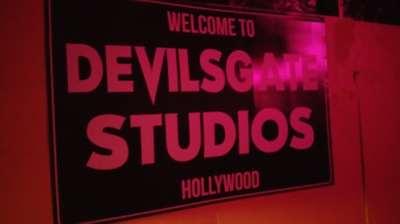 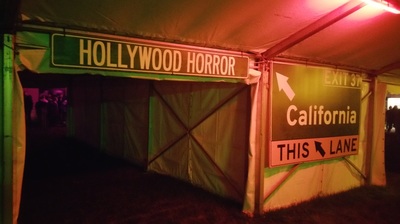 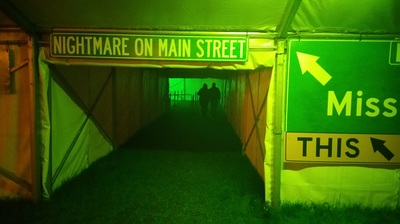 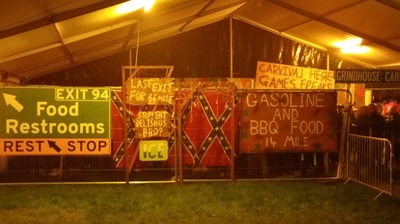 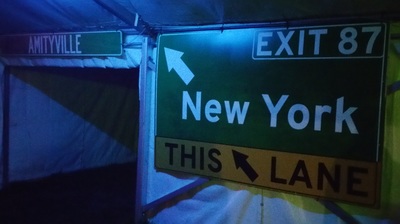 Very scary - really good evening out. i didnt think the hollywood horror one was very good but we did go on this one last, but the amytville house, the grindhouse and the nightmare on maint street all gave us loads of scares all in all such good fun your jaw aches from laughing after