Review - Bobo's Circus of the Damned

When Secrets Beneath invited us over to Jersey to experience their temporary event at the Jersey Live festival, we thought we knew what we would get – a large white marquee with some Heras fencing in, and some clowns running around. Not that this is the usual standard we would expect from the team, but this was to be just a 2 day temporary maze at a music festival. So surely they wouldn’t have gone to their usual level of theming? But of course we were wrong!

Approaching Bobo's House of the Damned, you would be forgiven for not realising that the whole attraction is maintained in a marquee. The front of the tent is covered by a beautiful 3 dimensional façade that looks like a worn down and dilapidated house. It looks great during the day, but is beautifully stunning at night with a truly impressive lighting scheme.

But of course – this being Secrets Beneath, the level of theming and immersiveness continues inside the attraction, with some intricately decorated rooms and impressive effects and scenes throughout. The transition from bedroom into the nightmare dream world of the circus was a stunning use of space, creating the impression of actually being outside and walking through a mist filled forest, to approach a 20 foot high clown mouth at the circus entrance!

From here on in, it was evil clowns all the way and the attraction was generously populated with freaks of all sizes and shapes, as we passed through Claustrophobia tunnels, a curtains style labyrinth and an impressive mirror maze. Apart from a few deliberately blacked out areas (including a disorientating crawl section), all the rooms and walls were well decorated and themed and the actors were making the most of the spaces they had been given. The path wound back and forth through the attraction, giving most actors the chance to attack several times, thereby increasing the intensity of the experience.

We mentioned at the the start that we were perhaps expecting Heras security fencing throughout the maze, but amazingly the whole attraction was properly built with solid wood panels – even the strobe maze cage finale was created with proper metal cages and not just cheap fencing thrown together. This insistence on providing a professional finish to everything they do is what puts Secrets Beneath ahead of some major theme park attractions.

One final thing we need to mention is the enthusiasm and energy of all the actors throughout. From the twisted ringmaster who sets the story at the beginning through to the the towering hulk that is Bobo who gets everyone running out the door, the team stayed in character throughout. They spent all the time, bouncing off the walls and clearly loving what they were doing, despite the intense heat of the day.

The attraction itself proved really popular with a constant queue from festival opening through to midnight and it’s great to see the sleepy island of Jersey embracing scare so much. They’re lucky – they have a local production company who haven’t missed a beat since their first attraction a few years ago. We hear rumours that the team will be coming to the mainland soon – which we can only imagine will give some sleepiness nights to a few other providers out there! In the meantime – hop on a cheap flight this October and go and check out their Halloween event. We guarantee you’ll enjoy it! 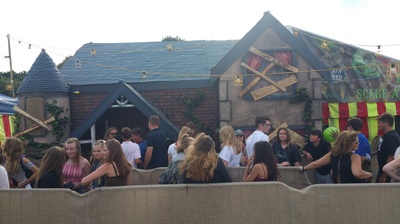 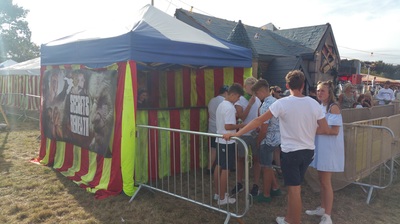 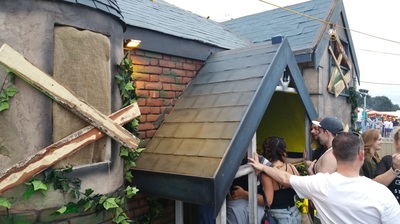 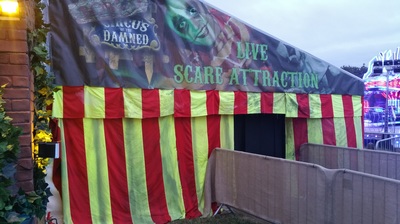 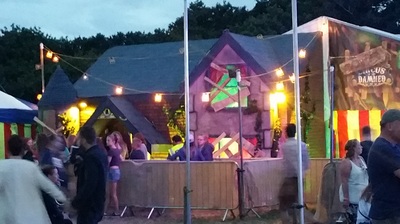 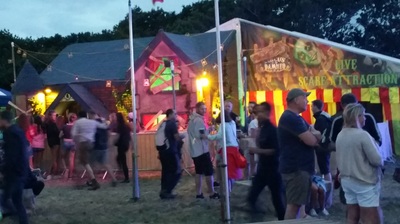 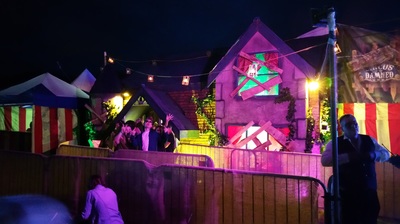 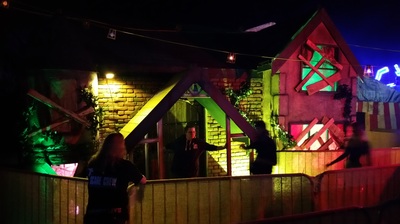