Having covered their fantastic Spooky Ship event on the SS Great Britain, we were pleased to be invited to the press night of their stunning production of Dickens' A Christmas Carol. The show originally opened in 2018, but was so widely praised that it has returned for 2019, with a number of new tweaks including a brand new cast.

All the main themes and concepts from the original novel are present, but they are wrapped up in an infectious piece of theatre which mixes puppetry, song, audience participation and some magic, to tell the story of Ebeneezer Scrooge and his ultimate voyage to redemption.

The staging is simple and effective, with the talented cast mixing and matching characters throughout the play. In fact, in one  fourth wall breaking scene, one actor is given his change of costume on stage as he is "needed in the next scene". This level of playing with the audience is prevalent throughout the show, with many amusing modern day and Bristol based references peppering the script.

All the cast put on strong and believable performances, but we have to highlight John Hopkins as Scrooge himself, who is both pitiful and to be pitied in equal measures. Some of his scenes as he looks back on his past are genuinely heart breaking. We also have to commend Gwyneth Herbert as the sassy Ghost of Christmas Present, who provides a lot of the musical content (she is also the Composer and musical director of the show.)

The audience are also used for several key scenes, especially when a a brave child is plucked form the audience to play an onstage character, and we are referred to a lot by Scrooge, as he realises that it's not to late to change. A cheeky suggestion from the someone in the stalls that "Scrooge buy a round of drinks for the whole audience", was masterfully improvised into the proceedings.

Naturally, we had a great interest in the ghostly horror elements of the story, and these were handled impressively, with the ghosts floating ethereally around the stage, but in the case of Ignorance and Want - the realisation of the ragged children through puppets, were some of the creepiest things we have seen in a long time.

Of course - we all know the novel has a happy ending and following the bleakness of the show, the rousing sing along finale lights up the whole auditorium with bright colour and happiness. In a world currently torn by politics and war, we could all do with more brightness and hope in our lives, and this show lifts the spirit and left us walking out of the theatre on a high!

A Christmas Carol runs until January 2020 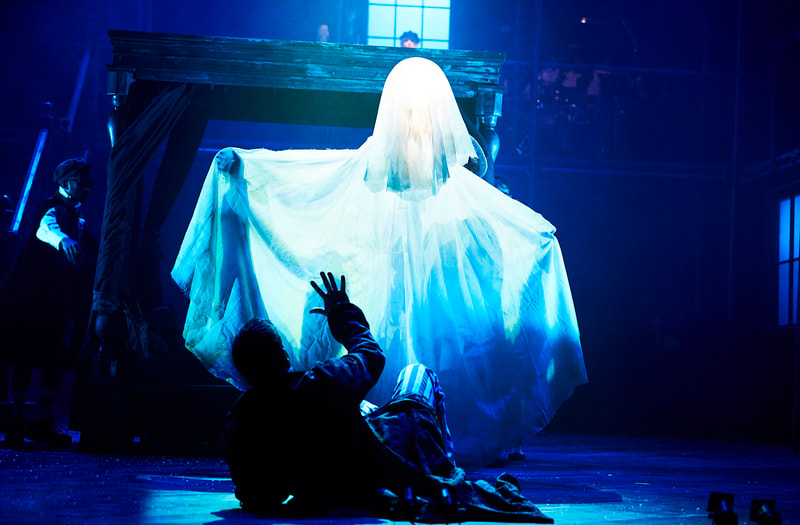 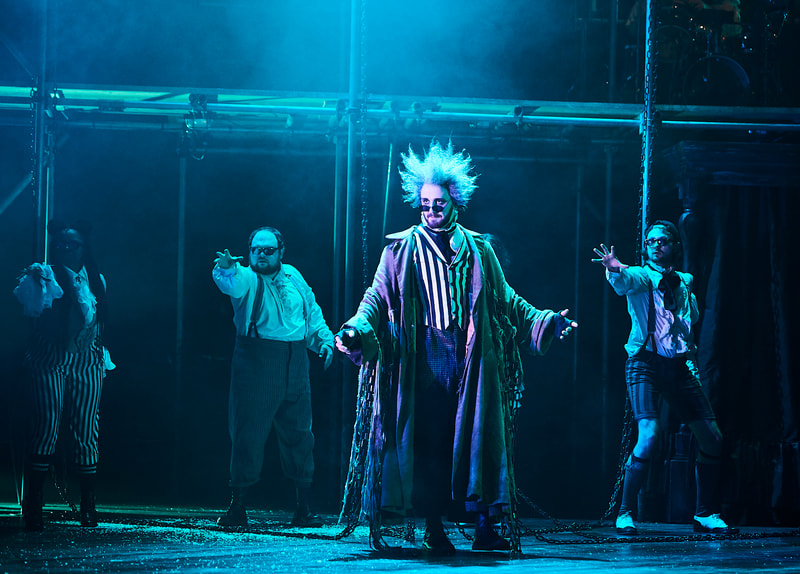 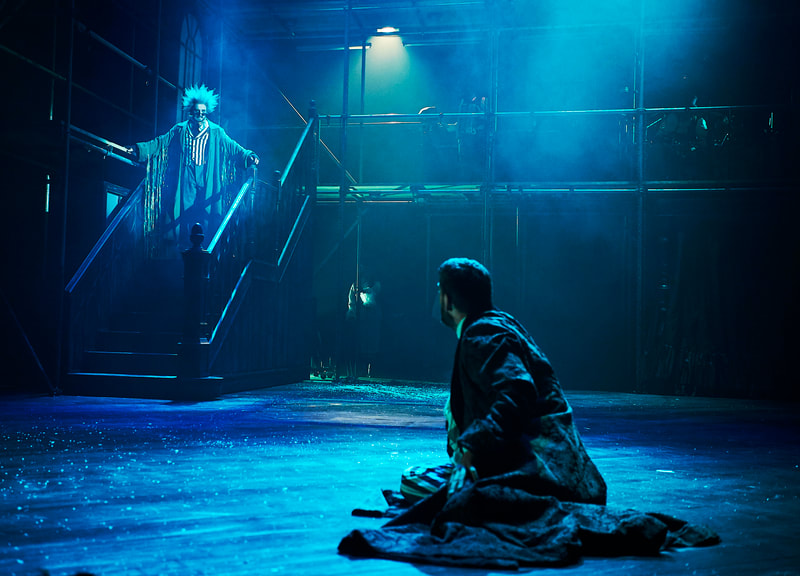 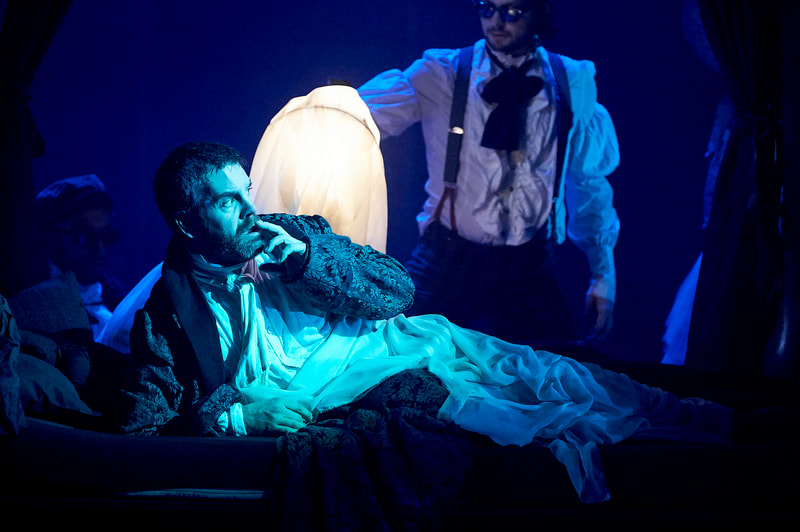 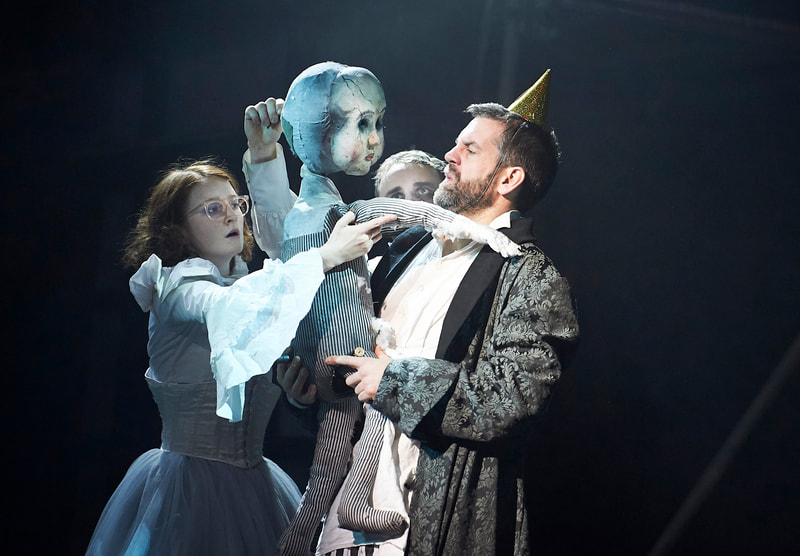 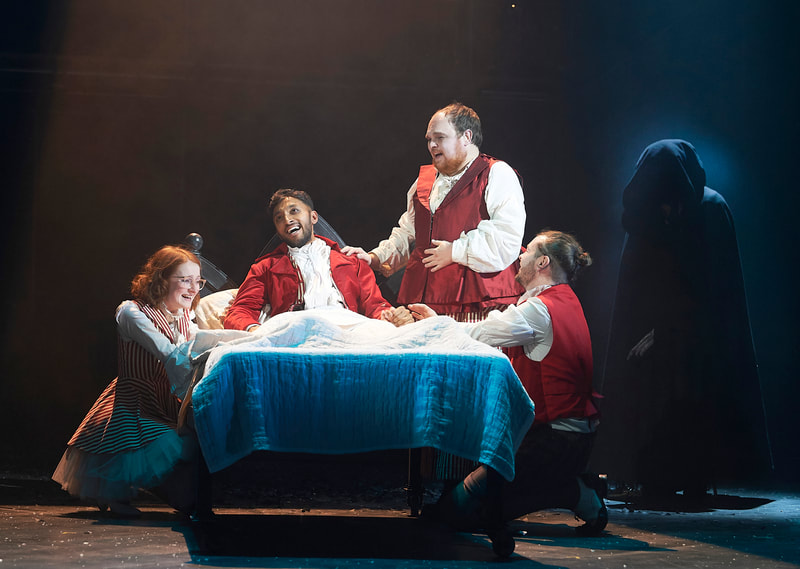