Zack Snyder's Army of the Dead has easily been one of the biggest movie launches on Netflix in recent years. The horror adventure movie covers a scenario where Las Vegas has been blocked off and is now over run by a horde of zombies. But unlike regular horror movies, some of these zombies have evolved and have created a quasi "community" within their confines. The main plot point of the movie is that a rag tag army of soldiers are sent into the city to retrieve millions of dollars locked in a casino vault.

Our mission in Army of the Dead VR is less about money, but a chance to rescue a few trapped human survivors. As new recruits to Viva Las Vengeance we must go in, fight off the zombies and escape safely.

Based in Westfield Shopping Centre, the London show is only the second to open globally, with a number of major cities to come online soon. The experience has taken over an old Debenhams department store (not that you would know once you are inside!)

Once checked in, and with our property stored in a locker, our mission started with an avatar selection point. We were able to choose a number of different characters and what weapons we wanted. From here on in - we were part of the army and needed to follow all the briefing and mission instructions as we prepared to fight!

The sets and theming around all these early scenes really helped create the impression that we really were on the outskirts of Vegas, and after multiple security checks, and a mission briefing we were led to our tricked up taco truck.

The virtual reality at this point then relies on hand sensors and a full VR headset to make the "truck" look like real. Before our mission started we could look at each other moving around (well - our avatars anyway) and wave to each other with our virtual hands. The VR, although still computer graphics, was some of the most realistic we have ever seen. For example if we reached forward with our "virtual" hands to grab the iron bars on the windows, the sensation matched EXACTLY with the real metal bars we could genuinely feel!

After a few final checks, the story started and the immersion became more realistic as the truck moved out into the city. The motion base floor made us feel we were actually moving, and other tactical effects along the way made us believe things like helicopters were flying nearby etc. And although sat/stood facing out left or right in the truck. We could easily look around and see each other, see out the back doors, and even see the narrative progress, as stars of the movie talked to us directly from the  driving seat.

But then of course - (and this is a zombie experience after all), very soon we were all shooting for our lives as the truck started to get over-whelmed from all sides. Along the way, our actions were important to the story, so as well as firing at the undead, there were multiple gas tanks and other effects that once triggered set off large chain reactions as the scenery fell around us!

And this is what impressed us so much. The virtual reality (although obviously CG) ran seamlessly and quickly and we didn't experience any glitches or lag time at all. Zombies heads exploded when shot, and the scenery and props reacted to our actions at all times.

Towards the end, the odds were raised (this is Vegas after all) and before long we were shooting at Zombies and characters from the movie from ALL directions. Although VR - some of the up close zombie attacks were very startling, and a number of our team yelled in surprise when we suddenly turned to see a zombie within arms reach!

Now - as fans of the movie, we were excited to see so many references and nods, including the zombie tiger and of course Zeus on his zombie horse. We would definitely recommend seeing the movie before you experience this attraction as this could leave some people a little bit confused. But we just lapped it up!

The whole experience from signing in to returning to base, lasted about 30 minutes with at least half of that immersed in a totally believable 3Dd immersive world. We have experienced a number of VR events and attractions in the past, but this really appears to be the pinnacle of technology throughout. The world building and the experience was so believable, that when we finally headed back to base we all had massive smiles on our faces!

Naturally once outside, there is an opportunity to get a souvenir photo and purchase from the incredible range of branded merchandise.

All in, it would be really difficult to fault Army of the Dead Viva Las Vengeance in any way. Yes it was opening night and the "fake" American accents from the staff, came and went through the night, but the actual VR experience once within the taco truck was second to none.

So really it's quite fumy - a company that spends millions trying to get us to stay indoors and watch the telly, has created something that you need to go outside and experience! But they really have pulled off something fun, which although it is a promotional event for the movie, stands proud as a valid event in its own right. Whether you're a fan of the movie or not you will love this.

And so of course with all the wanton bloodshed and death in this experience we realised that Netflix needs a new catch phrase. Therefore instead of "Netflix and Chill", we think the channel should rebrand their catchphrase to "Netflix and Kill!" 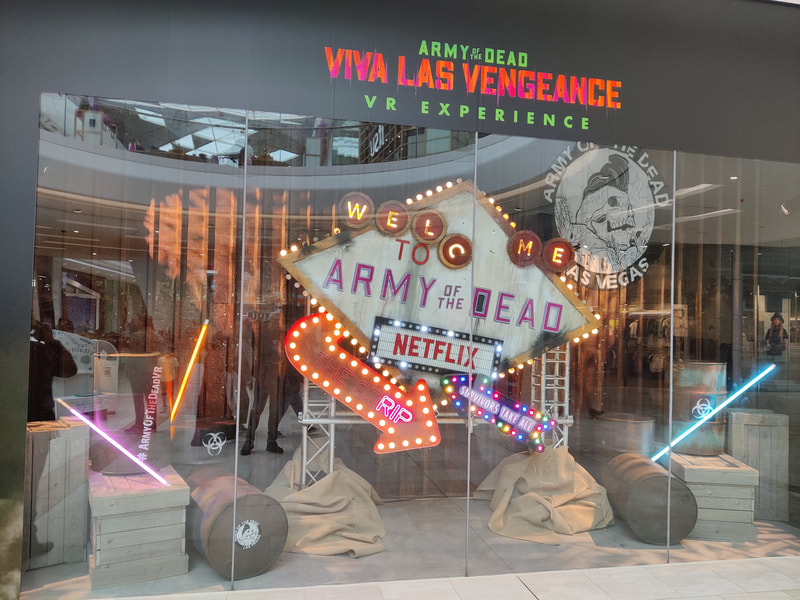 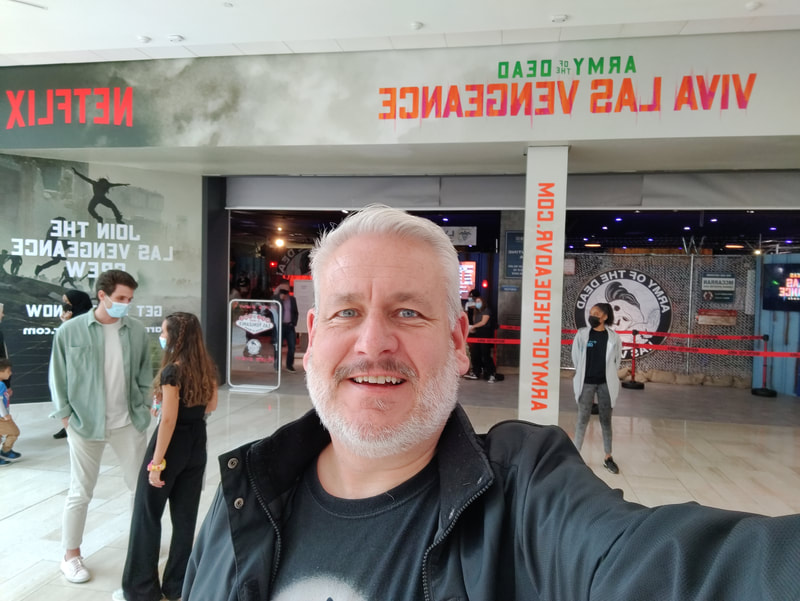 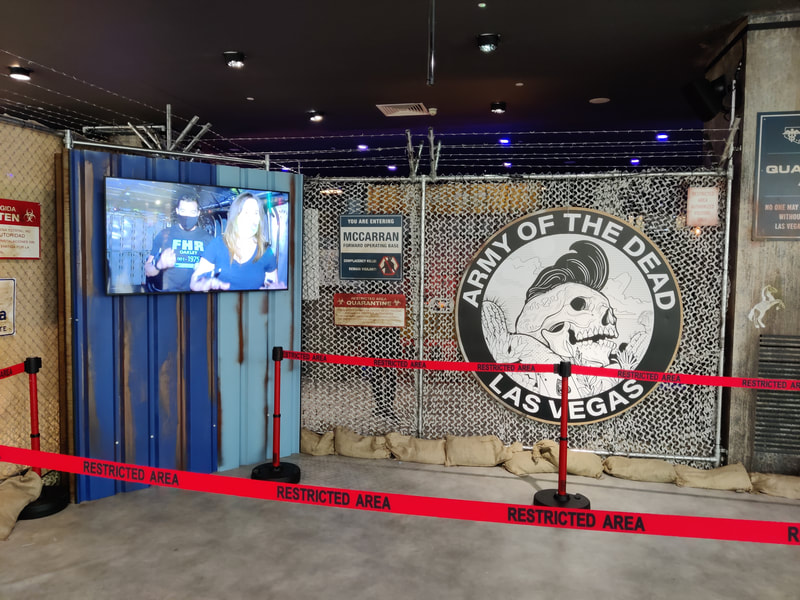 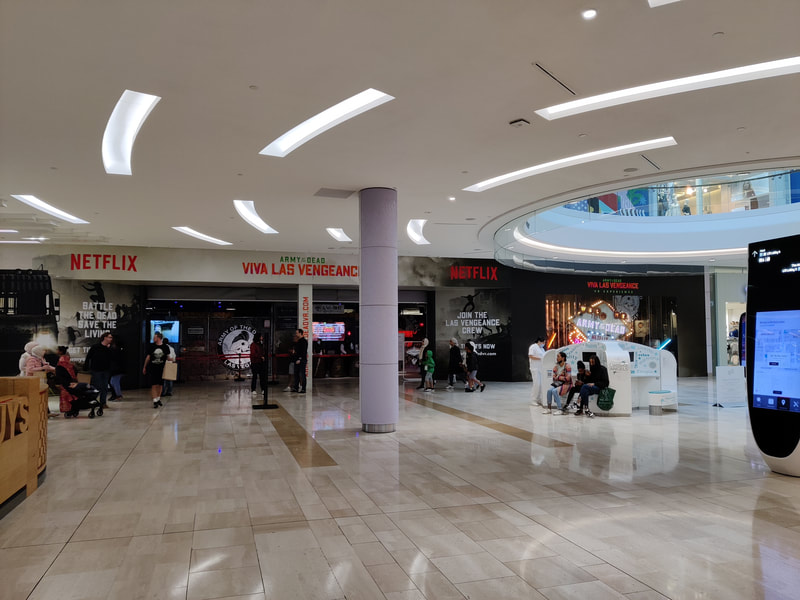 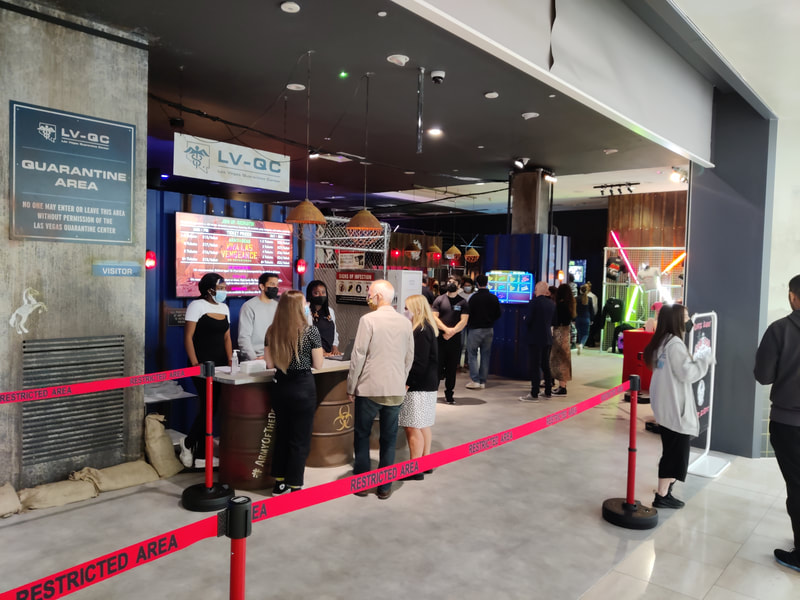 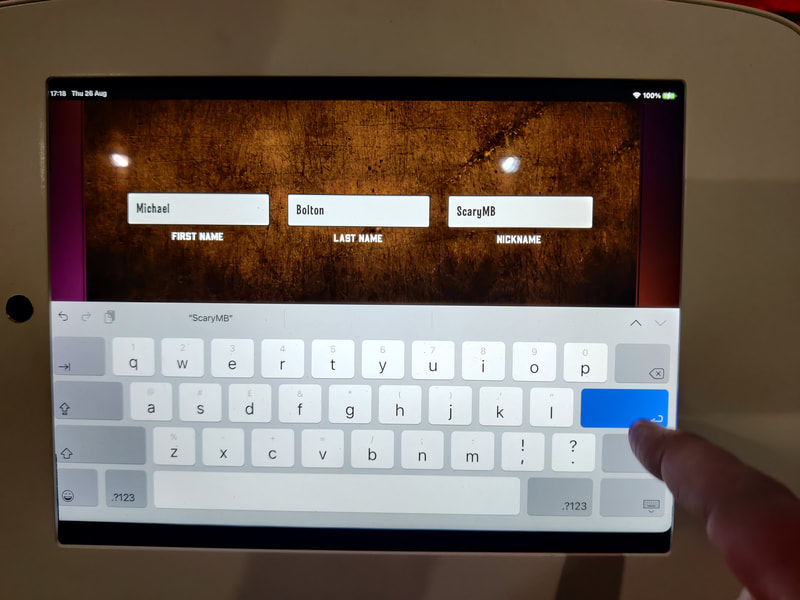 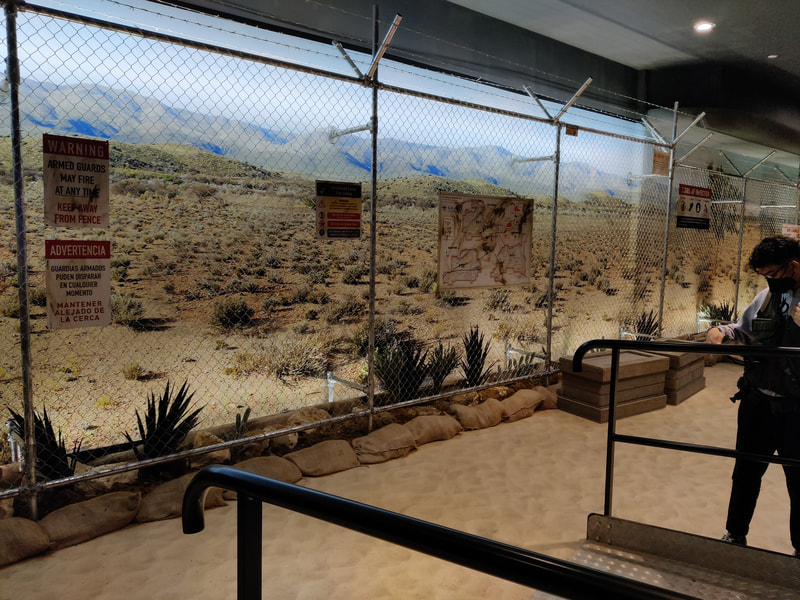 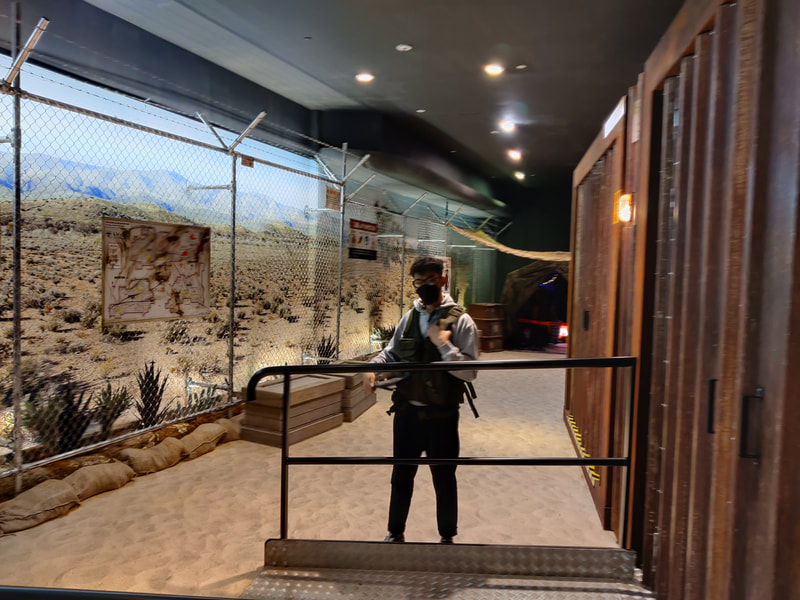 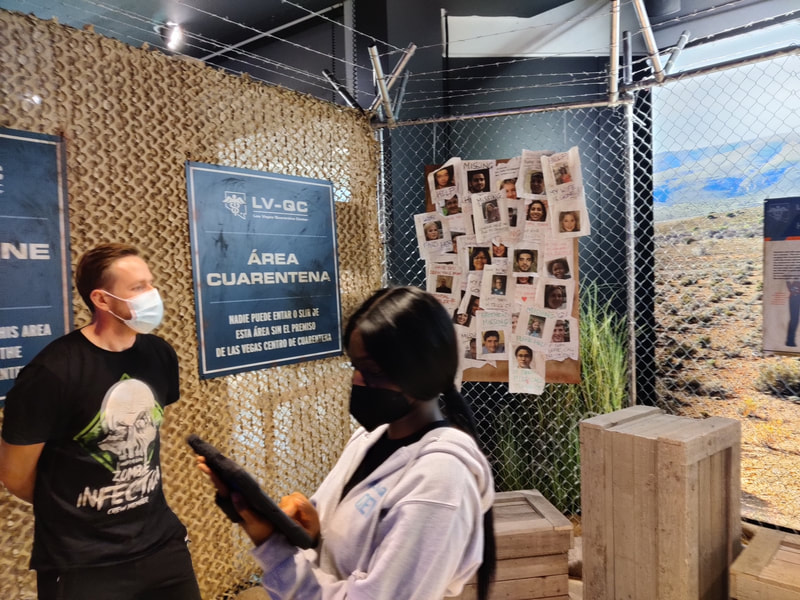 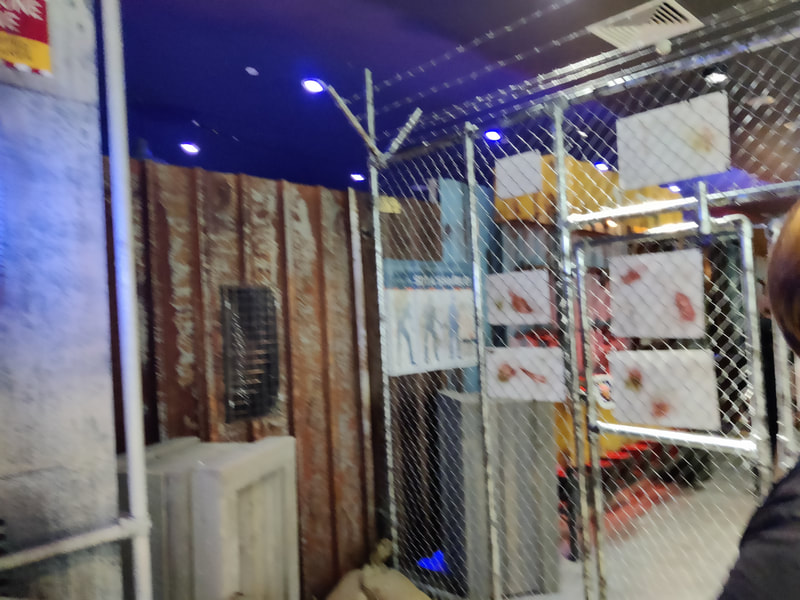 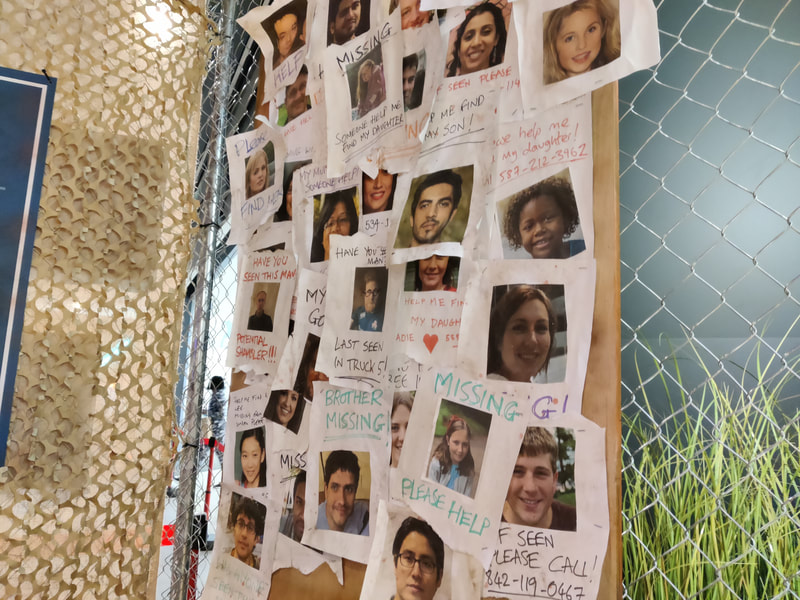 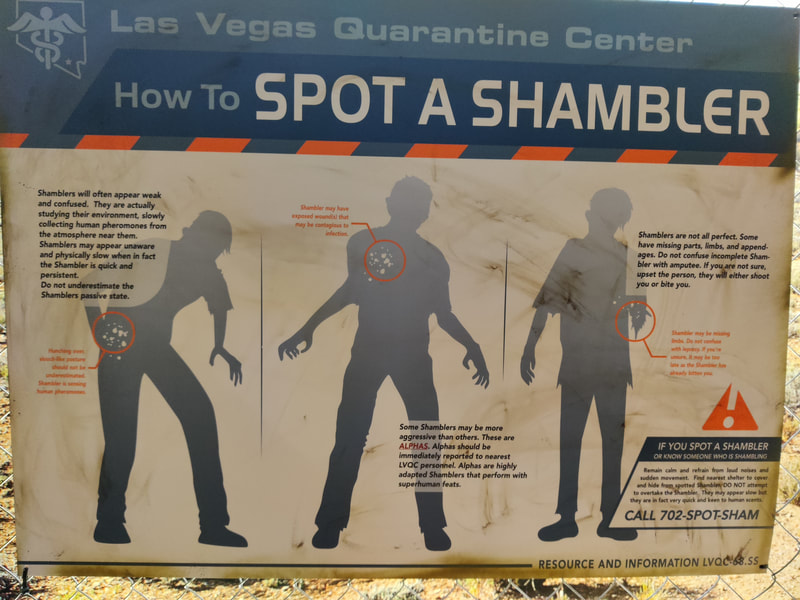 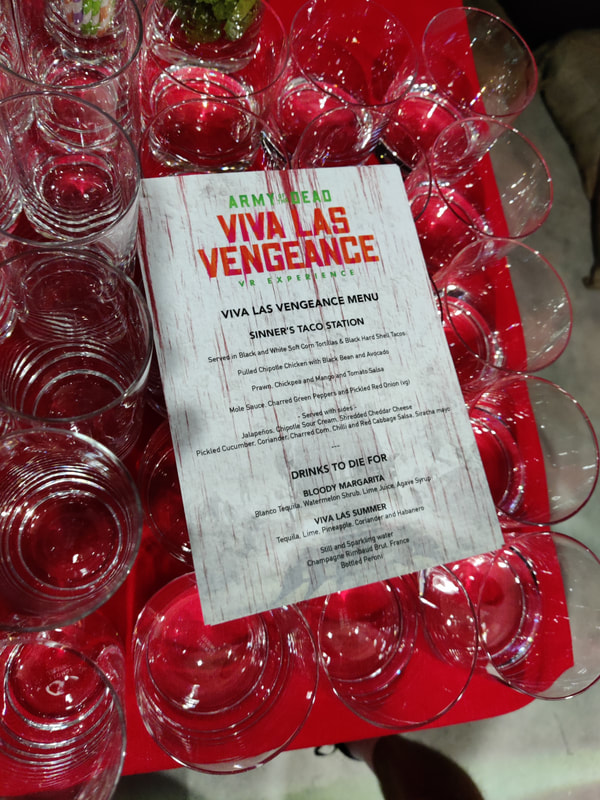 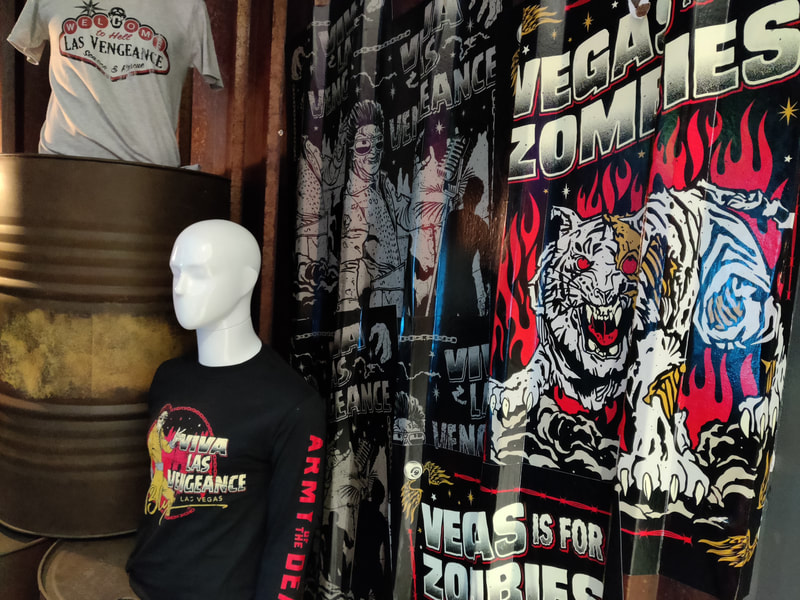 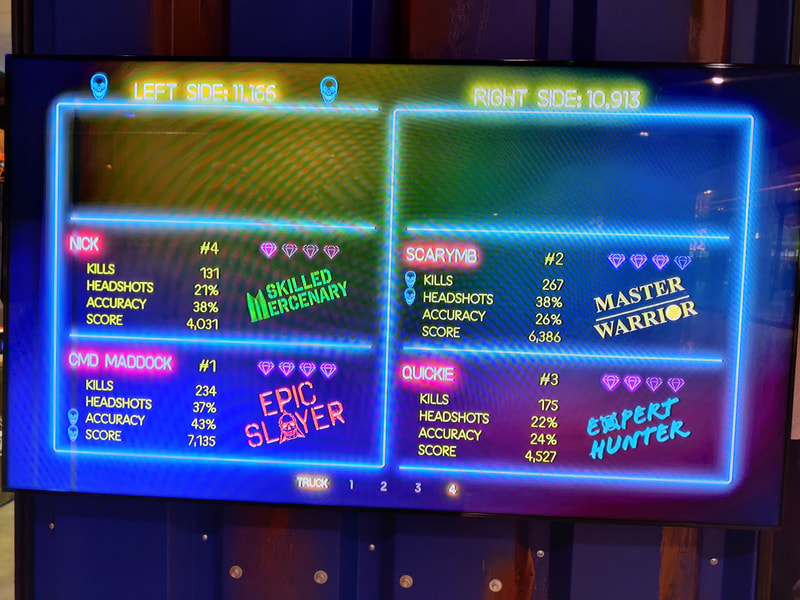 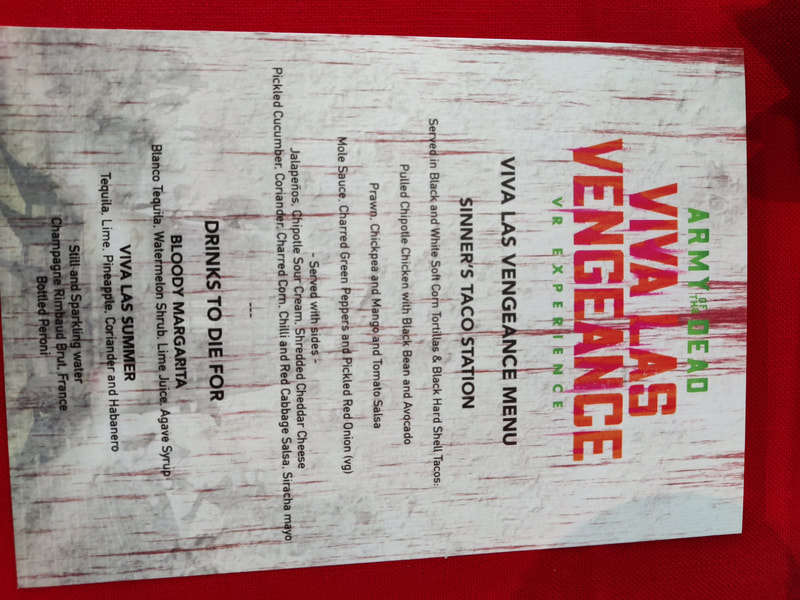 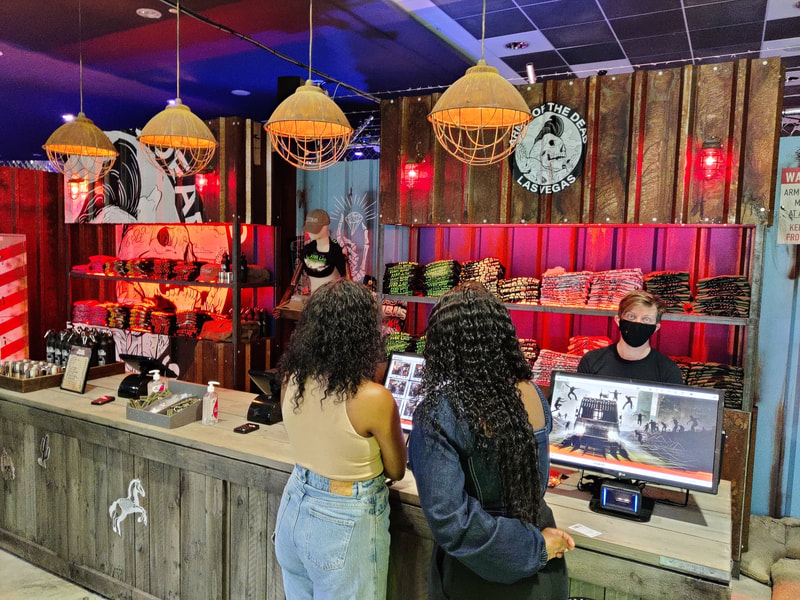 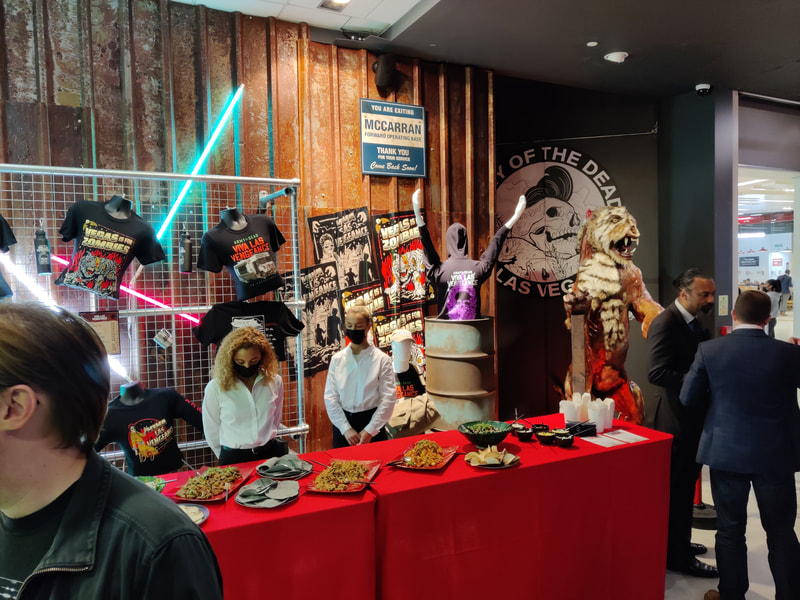 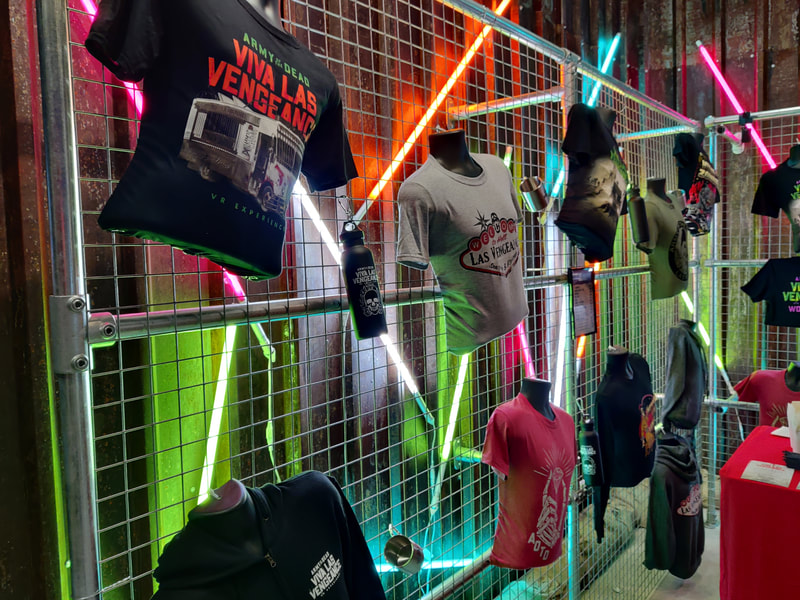 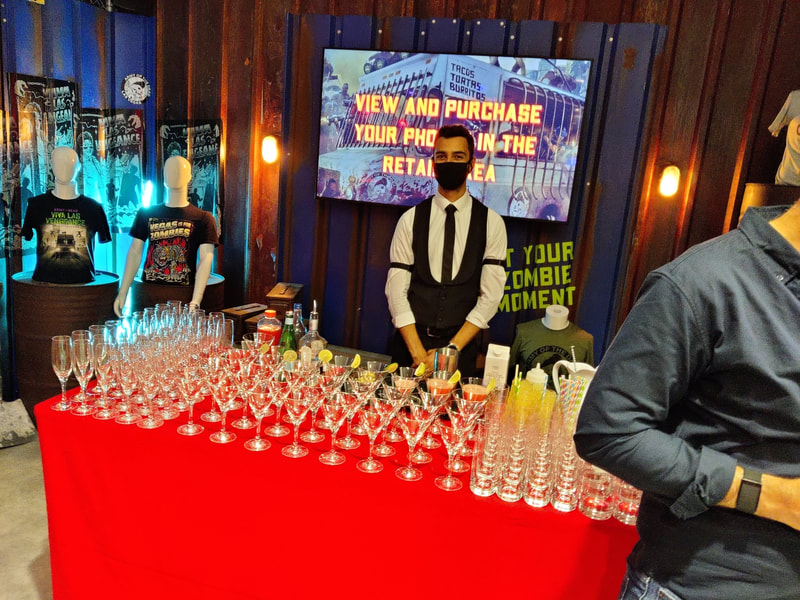 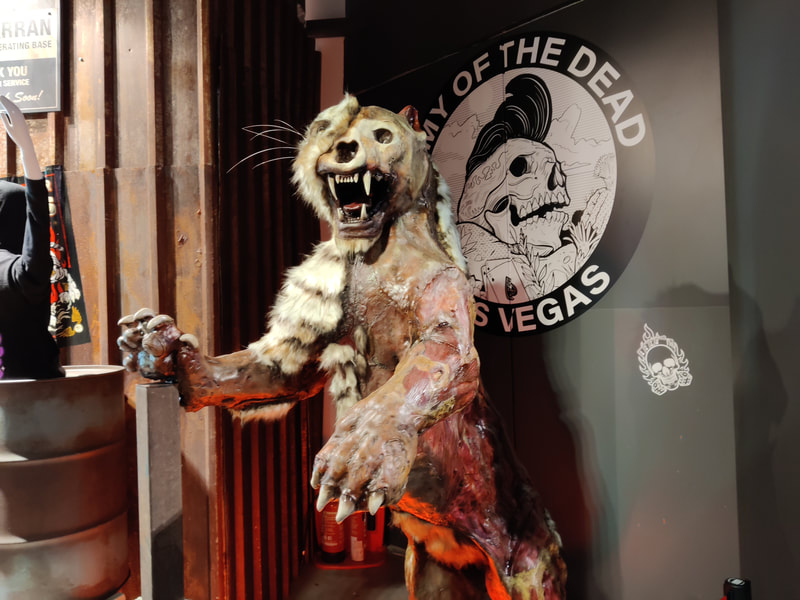 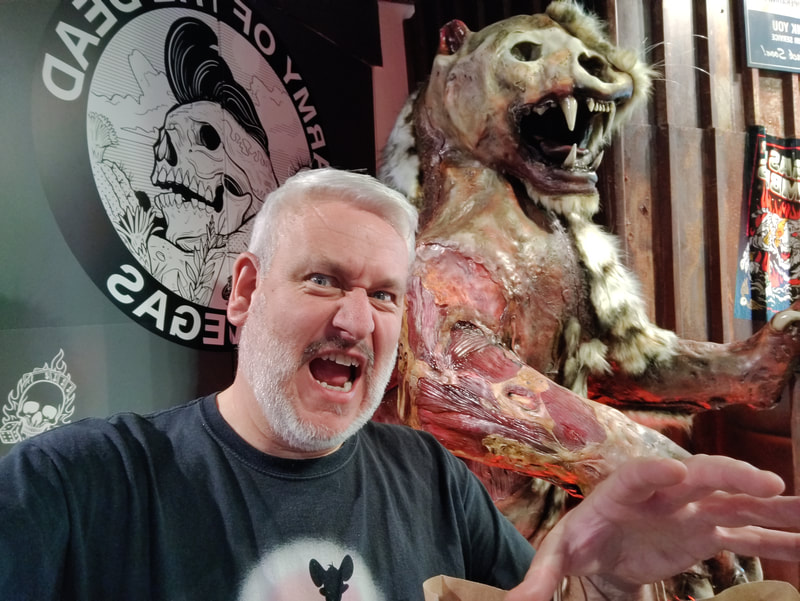 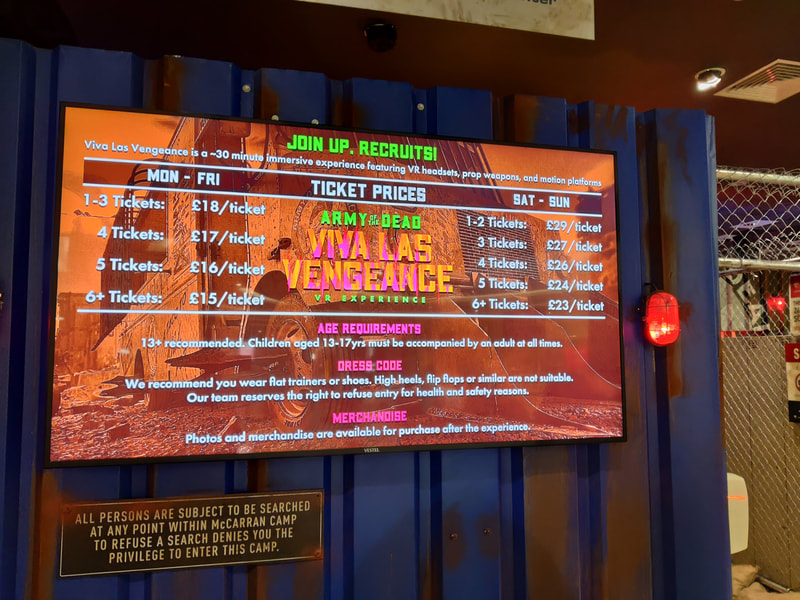 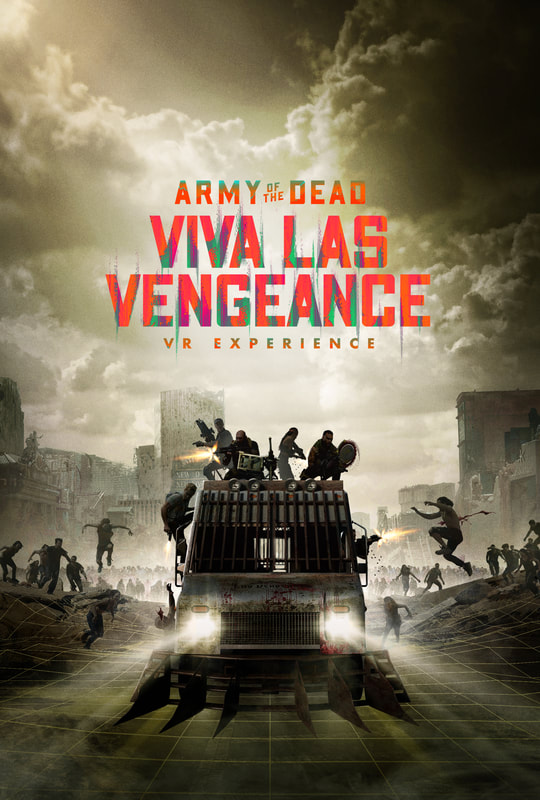 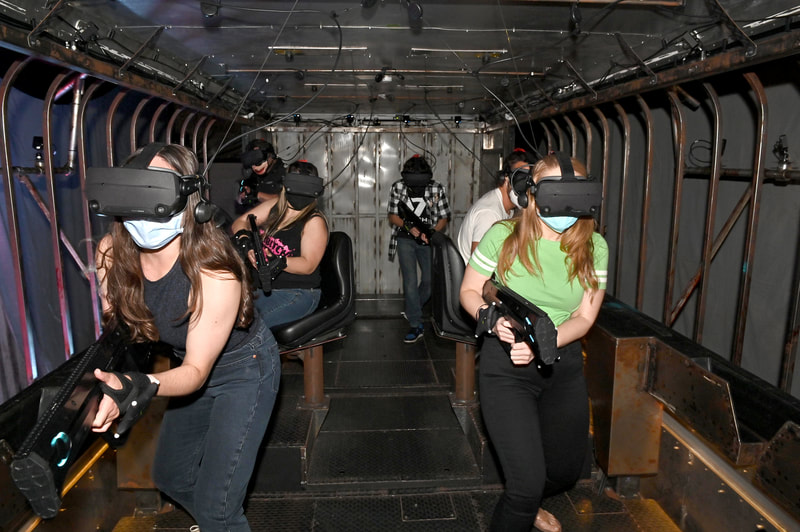 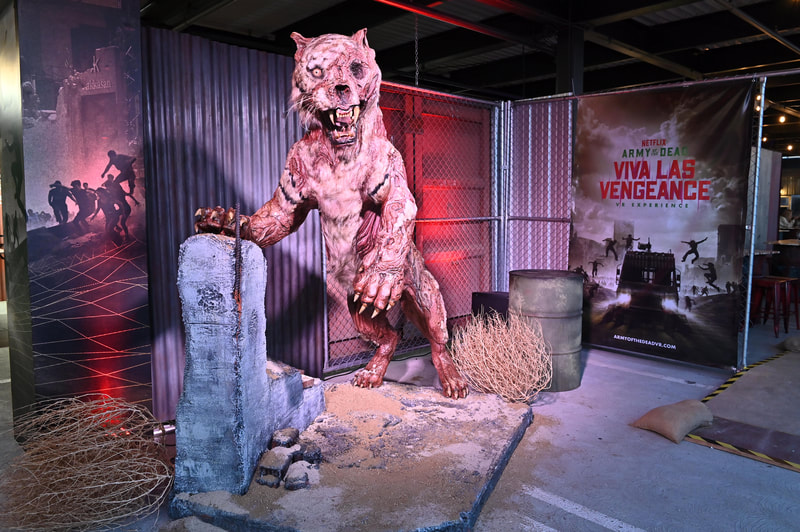 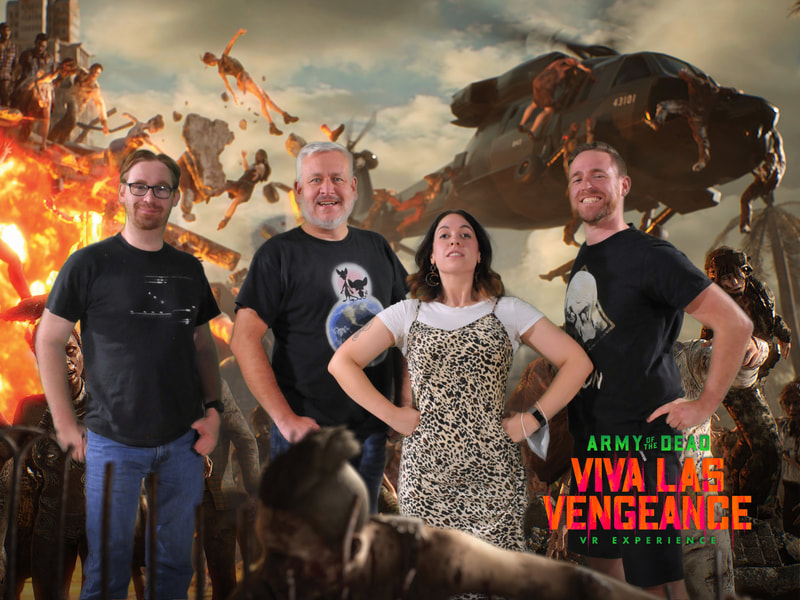 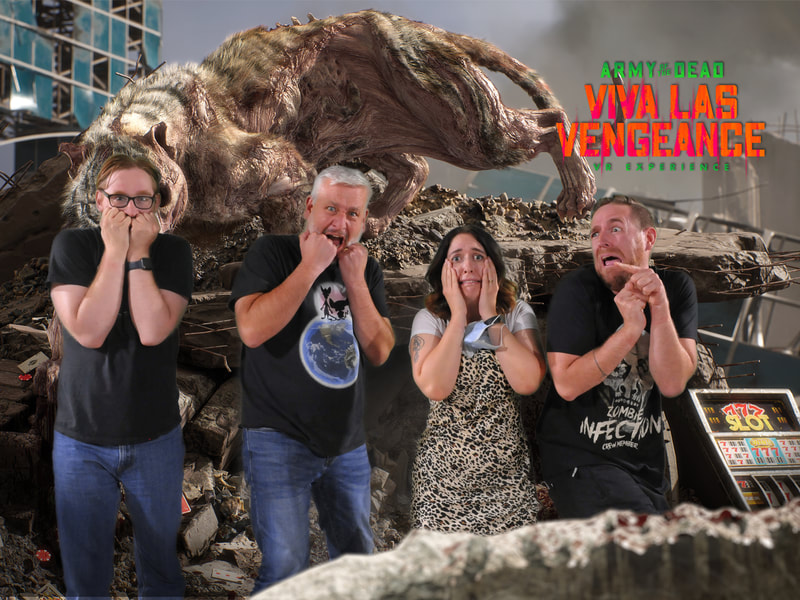 Promo video including in game footage: