Tulleys Haunted Drive in and Diner

Having had a great time at the summer drive thru we knew we had to go back to Tulleys for Halloween. Although the main Shocktoberfest is sadly closed due to Coronavirus, the Tulleys Haunted Drive In still managed to put on a fun and impressive show.

Whilst queuing to get in, we were greeted by the Tulleys Ghosts, who silently roamed up and down the cars, staring in the windows and getting a few impact scares on distracted passengers. Despite the rain, these actors were great fun and eased the wait to check in and collect our speakers.

Once on our individual pitches in front of the screen, we had a long period of adverts which became a bit tedious by about the fourth rotation, but was better than staring at a blank screen whilst other cars filled in. This of course also gave us time to order food and drink to be delivered to us in time for the film to start.

As movie time approached, the screens went blank and the famous Shocktoberfest logo appeared, launching into an impressive fire and light display that served not only as a great atmosphere creator, but reminded us of all the fun we would normally be having at Tulleys. As the fires subsided the words - "See you in 2021" lit up the screen and the movie started.

Sadly during the film itself we had some more rain which didn't impact the experience in any way, and it was great to finally see The Exorcist on a big screen with pumping sound. At the end of the movie, as the credits rolled and we headed off the site - the Ghosts came back out to wave us good bye.

As you would expect from Tulleys, they have really made the Haunted Cinema a night out as opposed to just a movie screening. The addition of the Ghosts and the fire show, really added to the whole experience and genuinely gave us just enough Tulleys magic to keep us going until next year!

Tulleys Drive in and Diner

2020 hasn't been the best year for the tourism and hospitality industry. Bad weather in Spring was soon followed by nationwide lockdown due to Coronavirus, and even now that restrictions are lifting - there are still may complex rules around social distancing, and what is allowed to open or not. Add to that, the fear of second waves or local lockdowns, and it has all meant that for attractions and events to survive - they have had to adapt.

Tulleys has easily been at the forefront of that with multiple ventures including a drive through farmers market, a click and collect Butchers and now - the Tulleys Drive in Cinema.

Unlike many of the pop up cinemas around the country with their temporary screens, Tulleys have invested in a huge hi definition screen that is capable of displaying crystal clear images over a large distance. We experienced this in a film that is very dark in places (Aliens) and the clarity and crispness of the image was incredible.

Alongside the impressive visuals - each car is given  a powerful blue tooth style speaker which can really pack a punch - we sat outside at the back of the "auditorium" and the wall of sound created by all the speakers was as impressive as the visuals. In fact the sound and vision was so engaging that we felt completed immersed in the movie and became unaware of the Tulleys staff ferrying food and drinks around the site during the show.

​And what of that food? There is an extensive diner style menu that covers burgers, hotdogs loaded fries etc, and once ordered via a QR code, is delivered directly to you - piping hot and as delicious as it sounded. Drinks can also be ordered this way and ushers walked around offering popcorn and ice-cream too.

All in we had a fantastic time at the Tulleys Drive In, and everything created a great night out in this weird time of social distancing and no live entertainment. We also picked probably the hottest night of the year to visit, and watching the sky change colour while a plague of hungry Xenomorphs terrorised some people on a remote planet, just added to the atmosphere!

The cinema will run for the rest of the summer with a massive range of different movies lined up. As we arrived, a group dressed as The Pink Ladies were just leaving an early evening screening of Grease. Behind us on screen 2, there were an equal number of cars all watching Magic Mike! The cinema really does have something for everyone and we are sure we will see a lot more of it over the year. 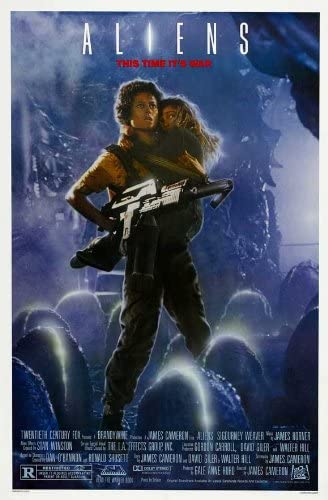