After eighteen months of online games and quarantine based experiences, Swamp Motel have bounced back with their first fully live experience in several years. With some intriguing teasers and a whole venue to play with, we were unsure what to expect as we ventured into The Drop. Fortunately, after seeing the lift feature so highly in the marketing, this high-tech mystery adventure wasn't quite as claustrophobic as we maybe first expected.

Without ever wanting to give too much away, the premise was simple: find clues to uncover a secret lost since the sinking of the Titanic, and although we started off boarding a lift in a non-descript office building lobby, the story soon descended into something uniquely different.

The experience itself included plenty of jumps, thumps and shocks from the very beginning, and some fun, brain-teasing tasks to  find clues, as we explored some fantastically realistic sets. At times we felt like participants in The Crystal Maze, or as if we had fallen into a Bond movie - the environments and details were so good.

We had so much fun and fast paced discovery during the show,  that we sadly felt that the ending was a bit anticlimactic. It didn't ruin the event in any way, but perhaps we expected a little more, after the immersion of the main show.

Interestingly, we were informed afterwards that The Drop and it's storyworld will expand further in early 2022, with an interactive film experience, created in collaboration with The Lowry. This online counterpart will allow for audiences across the world to step into Swamp Motel’s latest theatrical conspiracy from the comfort of home. Perhaps this will offer a more satisfying finale, or even more intrigue and suspense?!

All in - we thoroughly enjoyed  The Drop. We really don't want to say to much (which is why this review is so brief) but the scares and intrigue throughout certainly left us guessing what will come next. There were also several genuine WTF moments that left us wondering if what we were experiencing was real or not!

Overall, this is an ambitious and exciting adventure which we highly recommend exploring. As the team sizes are small this would be a great experience to share with a bunch of mates before a night out and will leave you talking for hours afterwards! 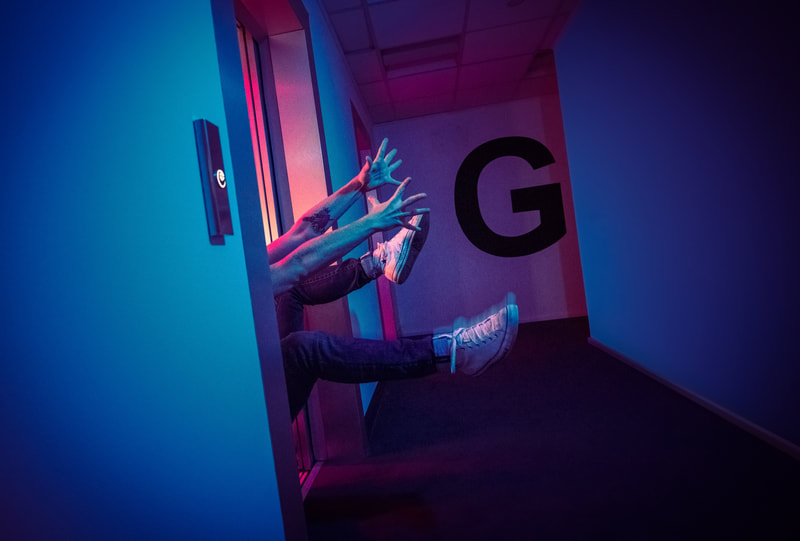 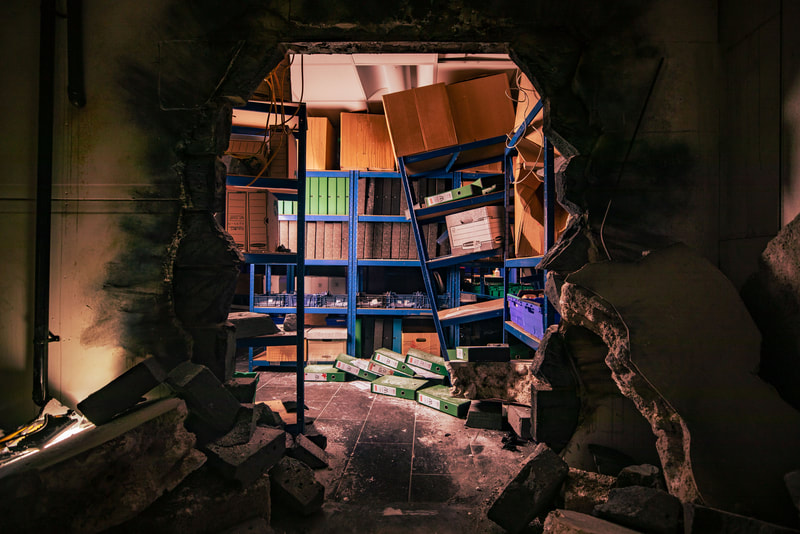 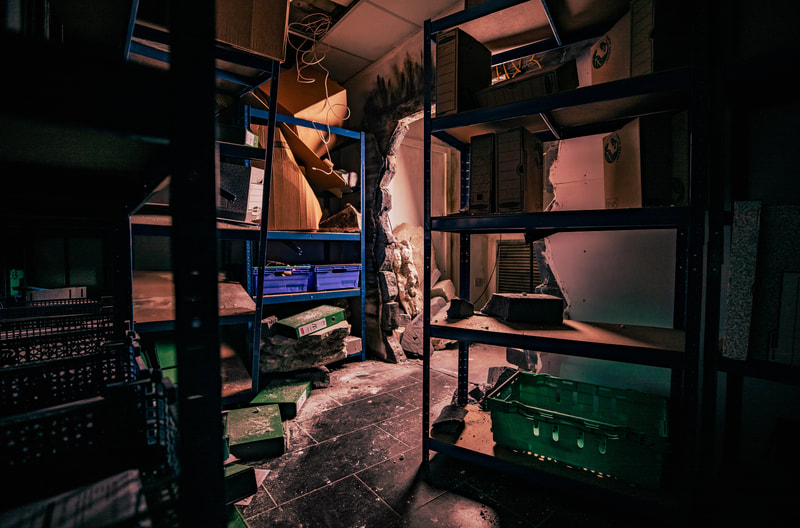 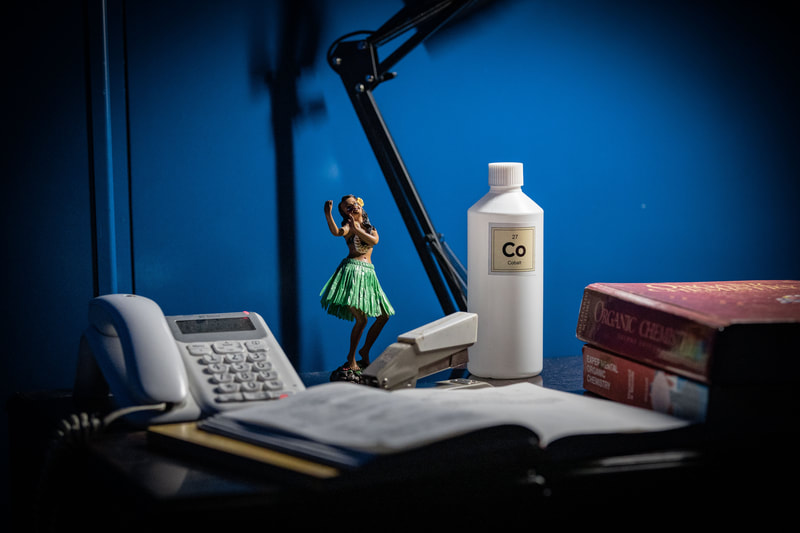 Isklander is the new name that has been given to the trilogy of Immersive stories created by Swamp Motel. Comprising of Plymouth Point, The Mermaid's Tongue and The Kindling Hour, the stories all lead to a world of deception and betrayal as players get pulled into a sinister mystery involving corporate espionage, occult horrors, and shadowy cabals!

Played from home and via tele-conferencing technology, the shows are described by Swamp Motel as a "multimedia chimera". Part puzzle game, part immersive theatre, and part scavenger hunt, The Isklander trilogy is unlike anything out there. Using a mix of live operators, pre-recorded footage, newsreels, phone messages, and other fourth-wall breaking surprises, Isklander really is a one of a kind experience.

We really enjoyed the experiences and as part of a special treat, Swamp Motel have now released the Isklander Calls - a series of prequel teasers, which just flesh out the story a tiny bit more. Also by combining all three stories under one banner, the team have been able to open the experience up to players from other countries. The games are all available to book separately or as combination at the Isklander website

​Panic! The Experience by Swamp Motel

Panic is a brand new American TV series that premiered on Amazon Prime last Friday. The show tells the story of a quiet sleepy Texas town that hides a dark secret as teenagers play a game called Panic to win enough money to escape. The game consists of a series of dangerous and life threatening stunts, and participants have to decode clues and puzzles to find the secret locations of each stunt. But with the town still reeling from the deaths of two players the year before, the police are trying hard to find out what is going on, and to shut down the game for good.

To help promote the show, Swamp Motel were tasked with creating an online immersive experience which gives players the chance to locate one of the Panic gameplayers and bring them to safety. At the allotted time we were allowed into the Samuel Maverick High School website and our quest began.

Like most Swamp Motel games, there is quite a lot to take in when first starting, but a live Zoom host is on hand to give a subtle nudge in the right direction. The connections and links to pre-recorded segments all blend into the action seamlessly, and soon we were on a wild chase through social media accounts, external websites, school messaging boards and more - trying to progress through the game. The puzzles along the way are smart but not too difficult - mostly involving some keen detective work as we used different sites for clues and hints.

The filmed elements really progress the story well and fit in perfectly with the TV show - you genuinely could believe that these people were caught up in the activities in the fictional town of Carp, with Swamp Motel even nailing the US accents throughout the game.

We managed to finish with just 9 minutes spare, but it clearly is designed for people to experience the whole story and get to the end, so don't get too worried if you need help along the way. We were pleased to have some time left over and all four players really enjoyed the whole experience. The game is only running for another week or so, so if you do get the chance to play, we would definitely recommend it. Just remember - stay calm - and whatever you do - don't Panic! 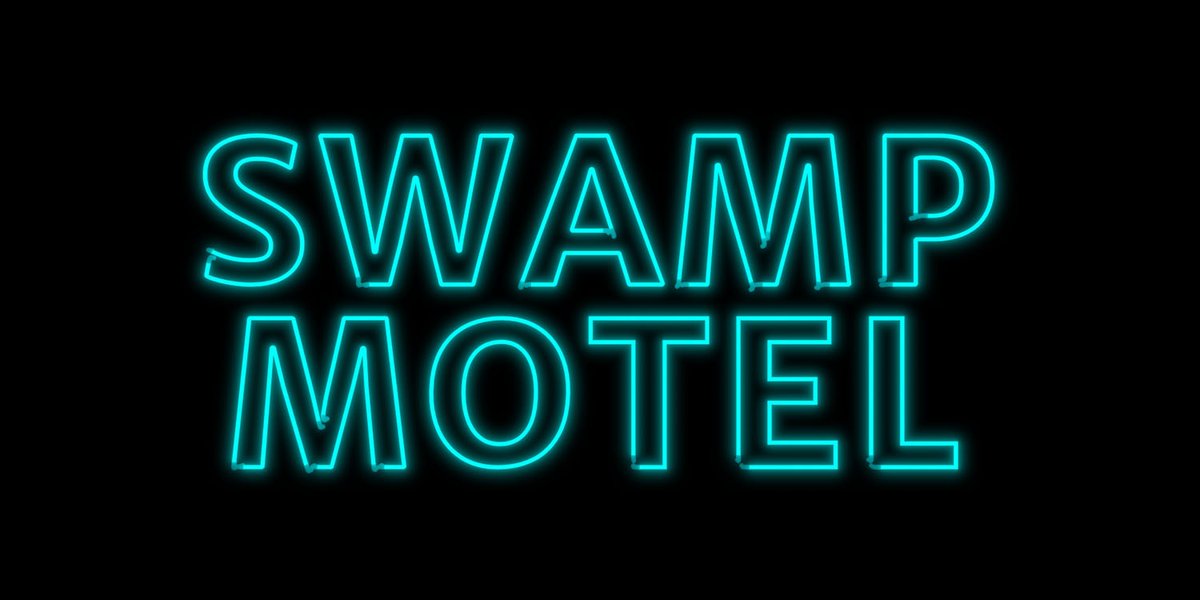 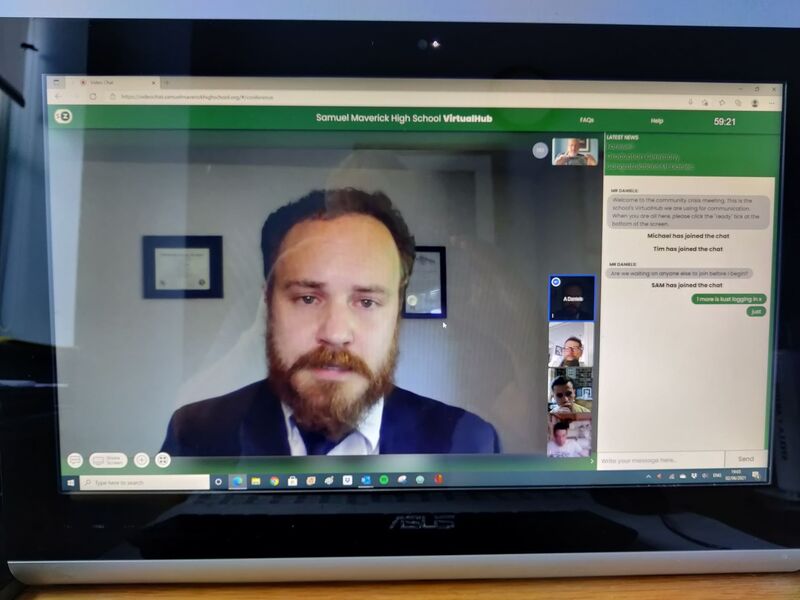 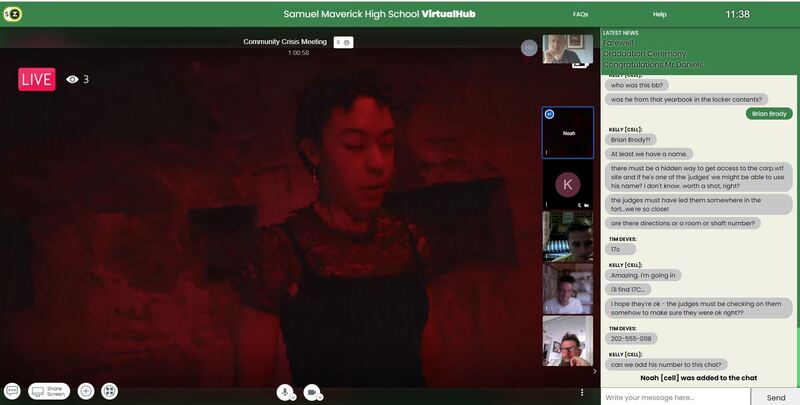 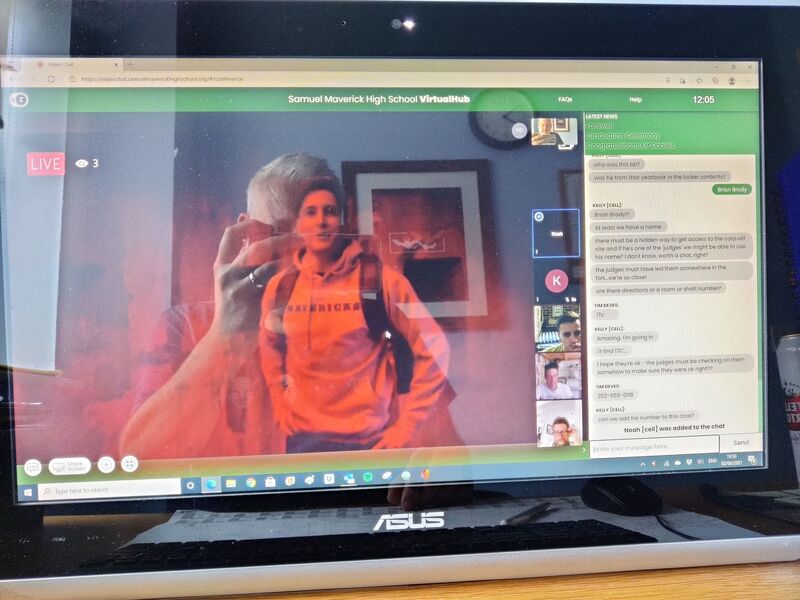 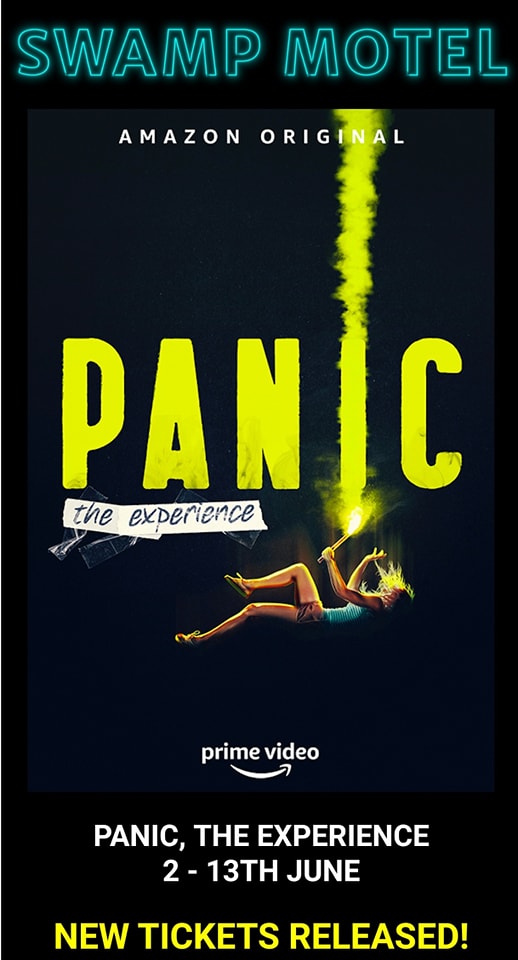 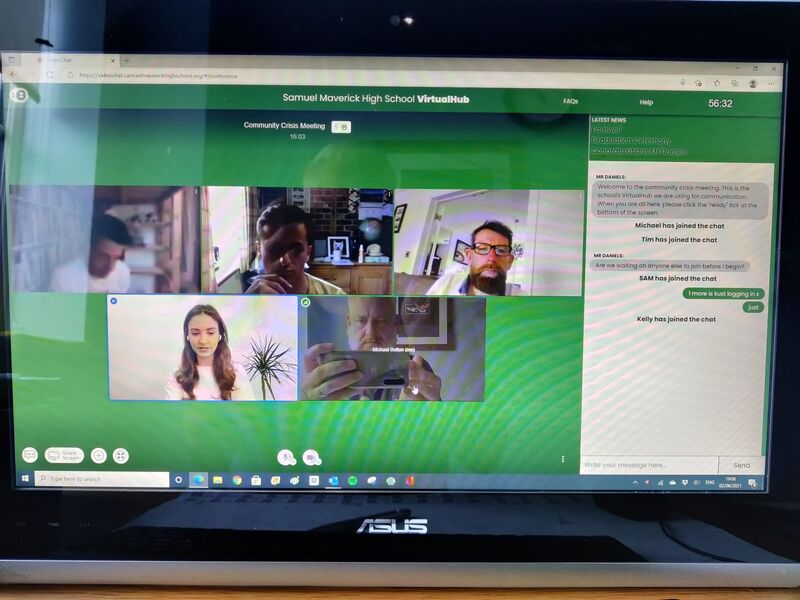 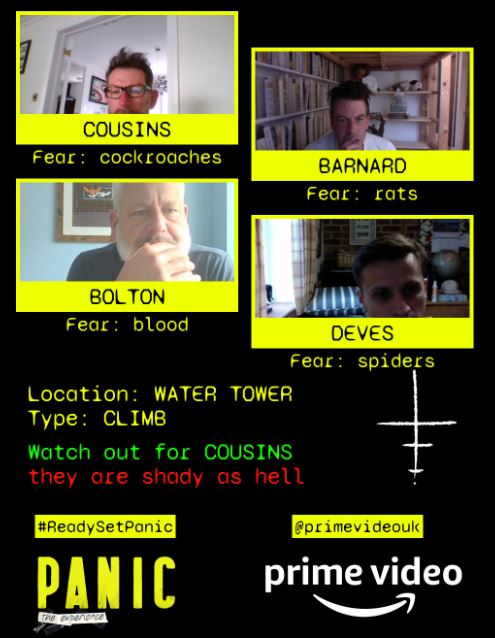 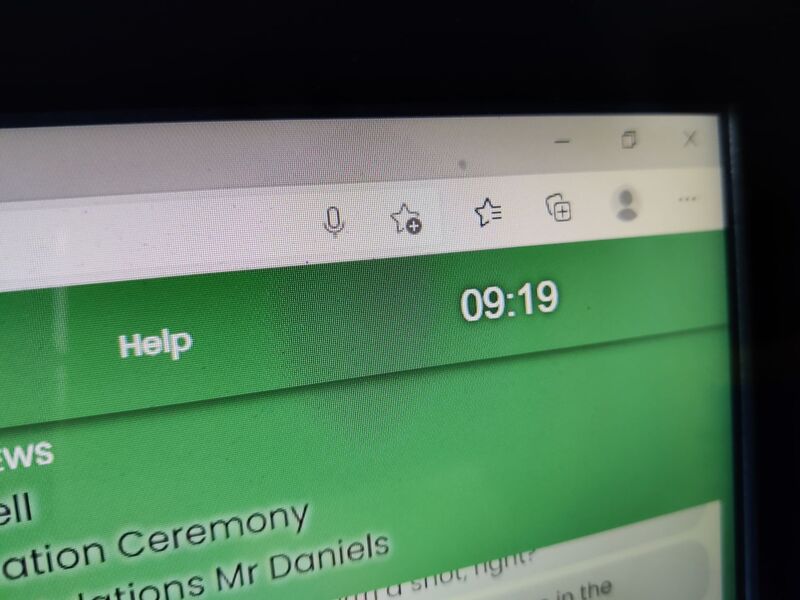 ​The Kindling Hour by Swamp Motel

Kindling Hour, the latest show by Swamp Motel, is effectively the final part of the Plymouth Point trilogy. Although referencing situations and events in the earlier shows, Kindling Hour is quite self contained, and can we played without any prior knowledge of the previous games.

As before, the show started out quite innocuously, as we logged in as  guest member of The Good Rider equestrian club. But of course, soon we were drawn into a mysterious rabbit hole, that just seemed to get deeper the more we investigated! Like previous games, nothing is ever quite what it seemed, and throughout the next 75 minutes or so we found ourselves checking out social media, unusual websites, hacking into systems, and generally doing everything we could to save the world, and put an end to the Kindling Hour event itself.

The use of multiples technologies to access the information is really unique, as websites, mobile phones, voice messages and more all led us to the final solution. Like any good escape room - there were some friendly hints from an ever present "insider" chatting via zoom, but a lot of the more ingenious games we worked out ourselves (including an inspired musical puzzle!)

The show also benefits from a lot of pre-recorded segments and this is where Hollywood actor Dominic Monaghan steps in. The transition from Zoom call to professionally shot video segment is seamless, and makes it feel that these people are really part of the live conversation. It must take a lot of juggling behind the scenes to make this all feel so natural. In fact it felt so real at times that once we were named during the games as "potential elimination targets", one of the team commented that "if my doorbell suddenly goes in the middle of this I'm going to run and hide!

The interesting thing about this experience, is it really is a hybrid mix of escape room and immersive theatre (the genre Swamp Motel are usually known for). As a response to Covid, with everyone ordered to "Stay at Home", they have created a fun and thrilling adventure that kept us entertained for the whole duration. We hope that once restrictions are over, these types of events will continue, as they provide more accessibility from around the world as opposed to location based events, and as proved by the Kindling Hour, can be just as exciting and fun as a live event at a venue.

Well done to everyone involved! 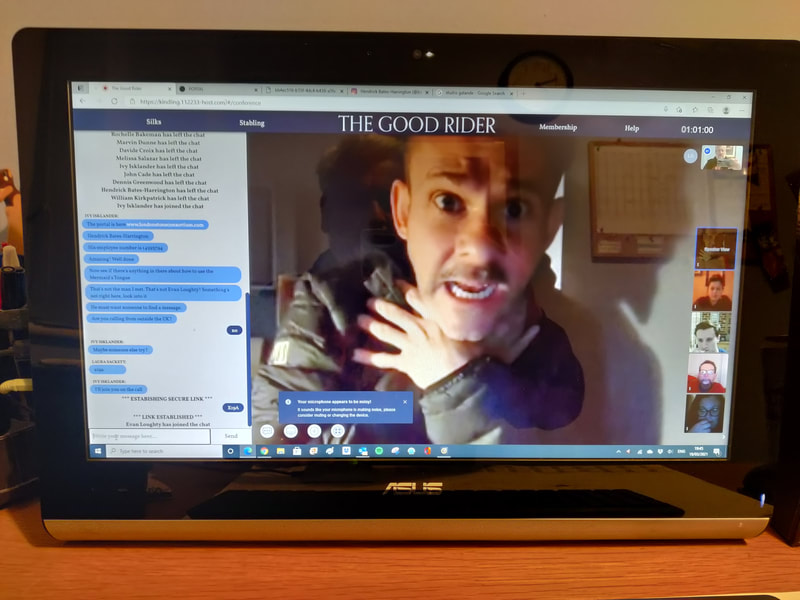 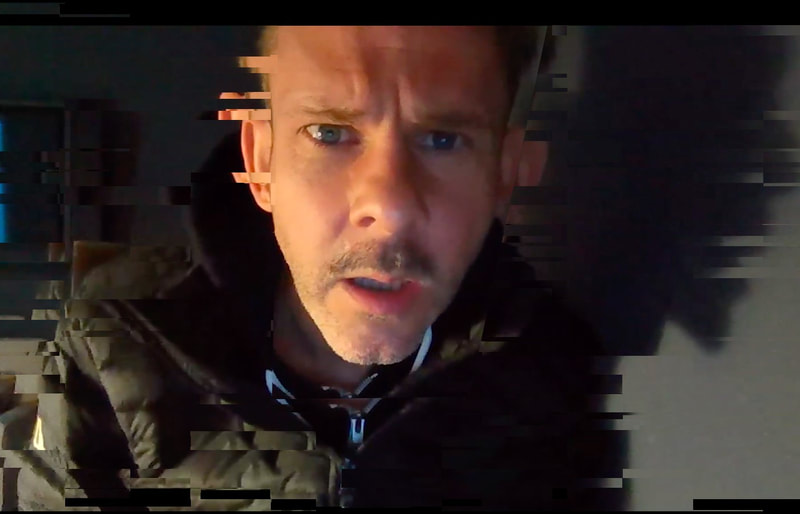 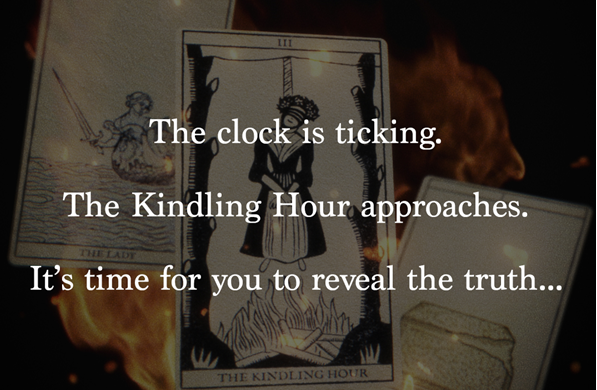 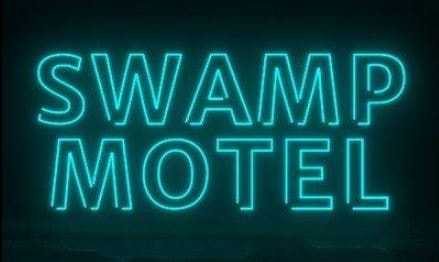 ​The Mermaids Tongue by Swamp Motel

It's really difficult to firmly place The Mermaid's Tongue into any sense of category. Part escape room, part immersive theatre, the whole experience is an adventure that requires a lot of investigation, team work and an ingenious use of social media.

Starting out as a simple online art course, clues then sent us spiraling off to an adventure hinting at ritual deaths, and the supernatural, as we joined a quest to identify and locate the mysterious Mermaid's Tongue.

We loved the way the game spilled beyond the usual Zoom teleconference and involved us searching the web for clues, bidding in auctions and generally interacting with a number of unusual people. The game appeared to mix pre-recorded footage with real time interactions with live actors, which kept the game play and puzzles exciting and challenging. The game also included live phone calls to our mobiles at time, which extended the game into the real world, meaning that it never felt like we were just statically watching an online show.

Unfortunately we had some tech issues, that meant we missed some of the videos, which was exasperated when two of the team lost broadband in their home region, but we could see that this was an intricately designed game that would really appeal to anyone who loves a good puzzle, or fans of immersive quest experiences.

All in - the game designed by Clem Garritty and Ollie Jones is a great distraction,and is perfectly timed as the UK heads back into further lockdown. Instead of staring at the same four walls, or watching repeats on TV, why not grab some friends, and sign up for the online art course. Just be prepared for the unexpected and sit back and let the mystery unfold around you! 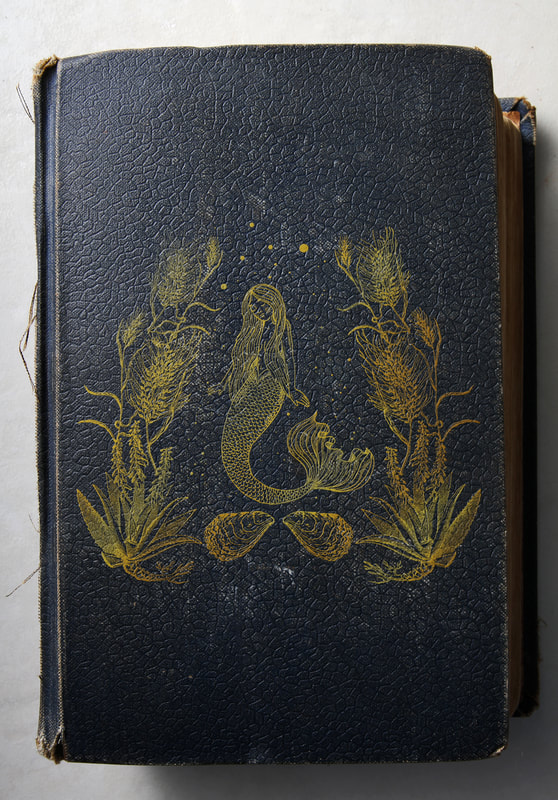 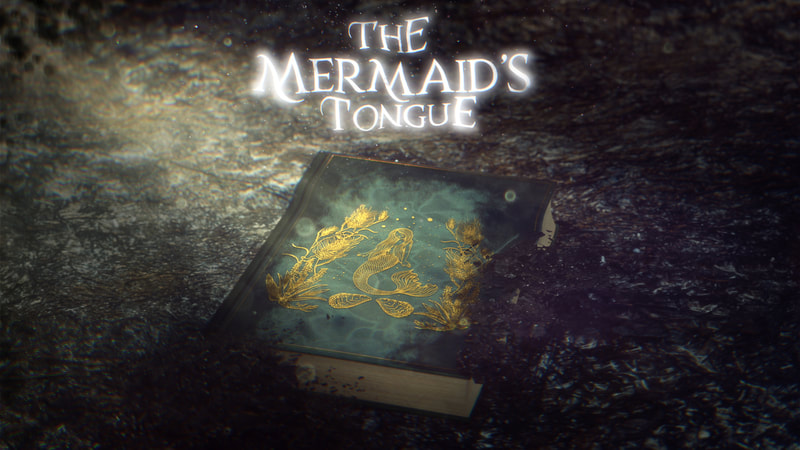 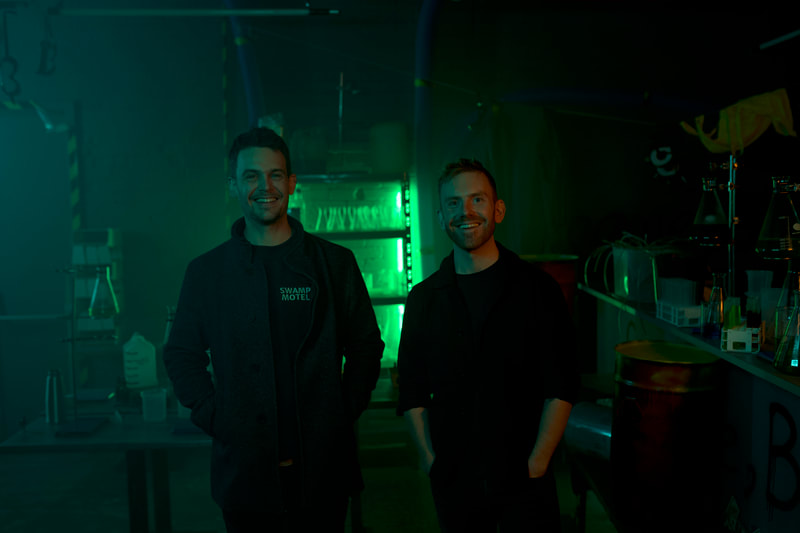 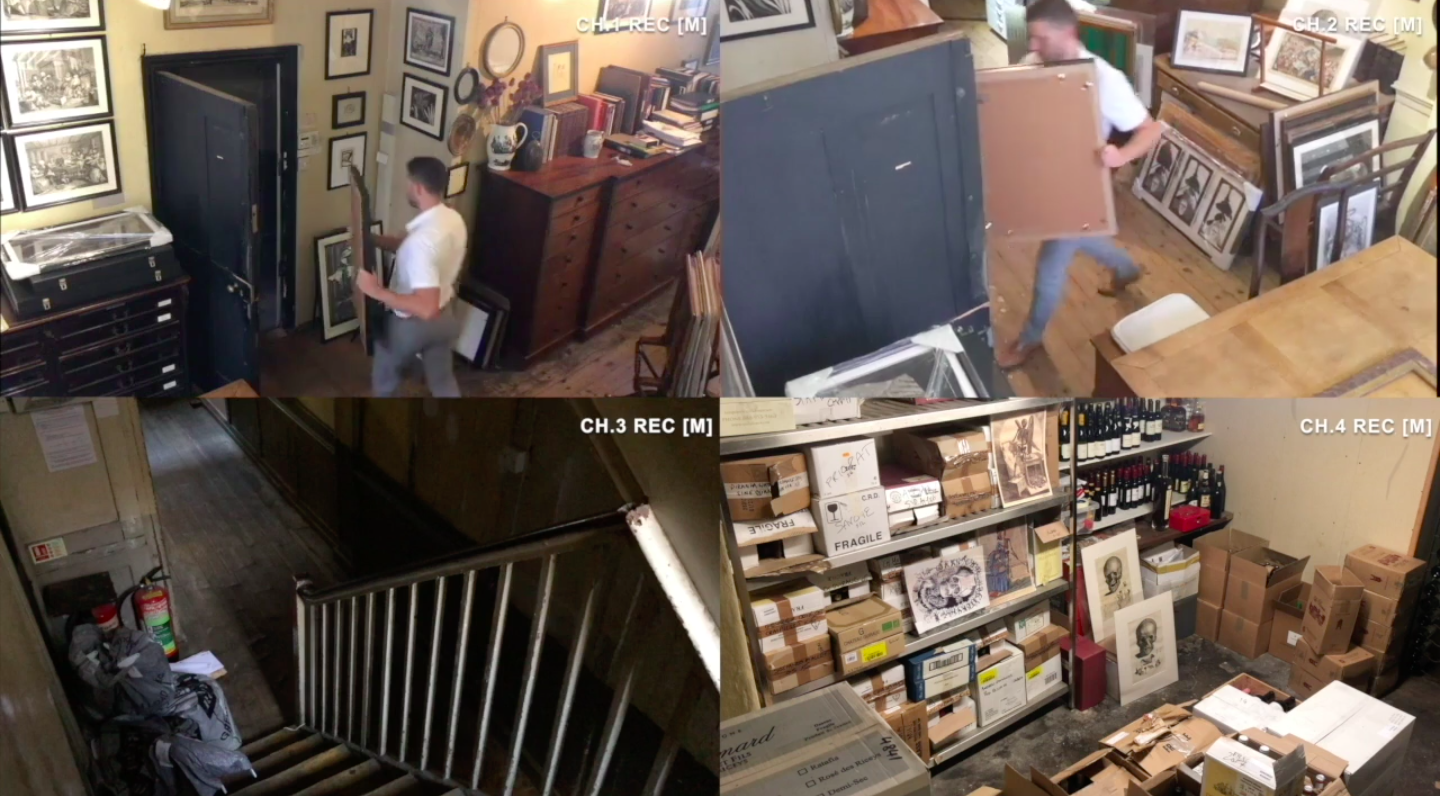 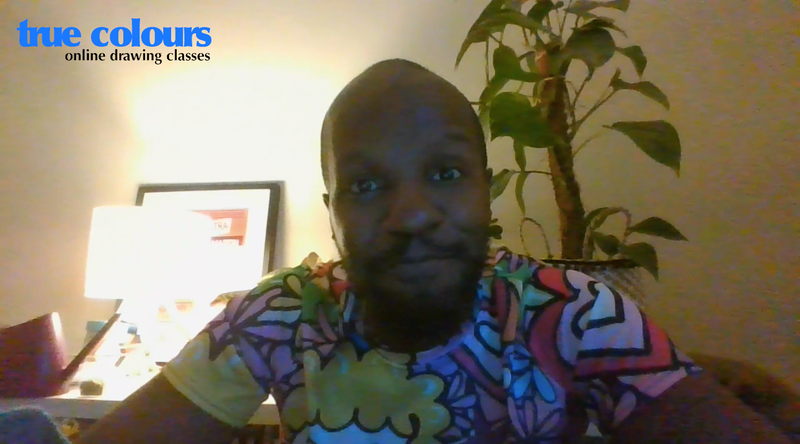 All three Isklander online experiences can be accessed from more countries via the new dedicated website.