2020 has been a difficult year for the scare scene in the UK. Many of our larger events have cancelled, leaving the space open for multiple new attractions to pop up around the country. Sessions House of Horrors is one such event, located in Spalding, Lincolnshire inside an old court house. Promising a terror inducing tour of the house and grounds, we were intrigued by the premise.

Walking towards the attraction we had no idea what we were in for. Almost immediately we were in awe of the acting in Sessions. The cast clearly have a passion for the dramatics, offering up jump scares followed by impressive theatrical interactions. The opening section of the attraction used common horror tropes, such as serial killers and creepy medical patients, but used them in fun interactive ways. Our personal highlight was an intense semi-escape room encounter, which left our heart pounding more than we care to mention, due to the horrifying actor interactions.

What followed was an intense series of scares in the rooms and corridors of the house. The setting was grandiose and really added to the whole attraction, especially given the fantastic lighting throughout. We were particularly stunned by the courtroom itself which was used in a criminal sentencing scene with a lively judge and guard. We loved the interaction and touches of comedy; however, we did worry about the use of physical contact, however minor it was.

As we headed downstairs towards the grounds we were assaulted with a couple of strong jump scares from some deviously hidden characters. Be warned there are plenty of distraction scares to be had in Sessions, with theatrics often taking your attention away from someone waiting to pounce. This level of creativity was very noticeable, offering plenty of memorable moments throughout the experience.

Once outside we headed into an untraditional take on your standard hooded maze. First off, we were blindfolded rather than hooded. Sessions used tied fabric strands, which appeared to be disposable, to avoid any risk of contamination. In theory this was appreciated, however they unfortunately let in far too much light, meaning there was little point in wearing them. This was a shame as we loved some of the unsettling sounds used throughout this short section. We heard everything from shattering, to metallic scraping and worst of all a swarm of flies buzzing in our ears. It was mostly enjoyable, but we really didn’t appreciate having an airhorn fired directly into our ears. It was definitely not needed when the other sounds were so eerie by themselves. The blindfolded section was certainly a nice surprise, but we do wish there had been extra hand sanitiser available at the end of the rope, not just at the start.

Once we were un-blindfolded we exited into a church scene, with an actress giving an engaging performance as a priestess. As immersive as this was, we were slightly disappointed that they didn’t use this as an opportunity to get a scare as were sat in the pews totally engrossed. With our backs turned to the entrance of the tent, we were easy targets, but unfortunately nothing gave us the fright we were hoping for. However, that was certainly about to change with the finale.

The finale to Sessions was one of the most memorable experiences we’ve had all season, with a dramatic scene playing out within the cells of the court. The talent of the actors within this scene was unparalleled. Their unhinged, disturbing performances totally immersed us into the action. What followed was unexpected, leaving us frozen in absolute terror for what seemed like forever. By the conclusion of this particular scene we didn’t even need to be told to run. We were eager to escape the cell block, back to the safety of the outside world.

Whilst it certainly does bare resemblance to a couple of attractions in the UK, there’s nothing which uses theatrics alongside jump scares quite like Sessions. We were blown away by what we had just experienced, buzzing from the sheer creativity of the scares. This may be their first year, but Sessions House of Horrors is already a must visit. We can only imagine how this attraction will evolve in the future as it grows and COVID measures become unnecessary. We personally can’t wait to return in 2021 to see how they expand on this already fantastic attraction. 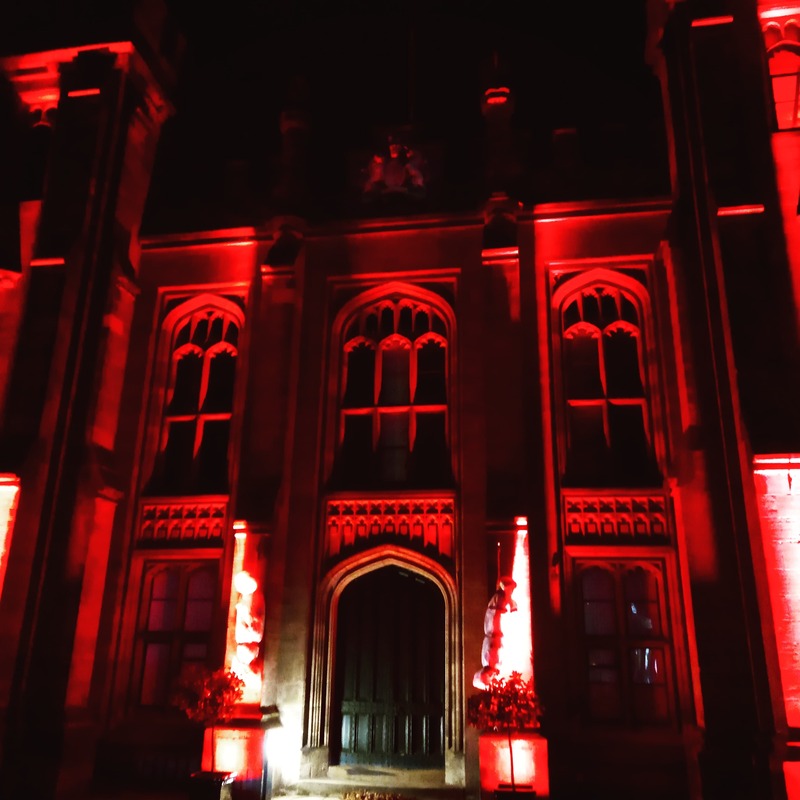