It has been several years since we last experienced a Séance is Southend on Sea. The original event created by Hide and Shriek productions was a genuinely scary experience set in a run down suburban house. At the time, it was a uniquely unnerving experience with sudden scares and clever effects. Sadly the Hide and Shriek team, turned their attention to other ventures and left the scare scene after just a few short years.

Jump forward several years and the Caddies mini golf bar and restaurant, has decided to put on a Halloween special, and alongside spooky party nights and special menu items, a return of the Séance was advertised. A swift Halloween itinerary change later and we were back in Southend to experience this brand new version of the show.

First up, this new Séance has a completely different and original story to the first incarnation. Set in an abandoned toy shop, we were roped in to help out the Spirit Boys, a bumbling trio of amateur ghost hunters broadcasting live through their YouTube channel. Secondly – the show is much longer than then original one – running up to double the length at 30 minutes. And this is important – the tension and scares are consistent throughout that time without a dead spot during the running time

Finally, this show is so so much scarier than the original. The scares just kept on coming throughout and each sudden reveal or noise just made us scream even more.  Most of the time we were genuinely sat there at times wishing the event would finish, and that the scares would stop – it really was that relentless and terrifying!
​
And that is all we are going to say, for fear of ruining any of the surprises, effects and terrifying moments that the creators have packed into this show. The best way to experience Séance is to go in, sit down and just let the fear and terror envelop you. It's rare for us to say something like this – but Séance was definitely the scariest thing we have experienced this Halloween. Although it is not a walk through scare attraction in the usual vein, it definitely left us shaken for a long time after we came out! 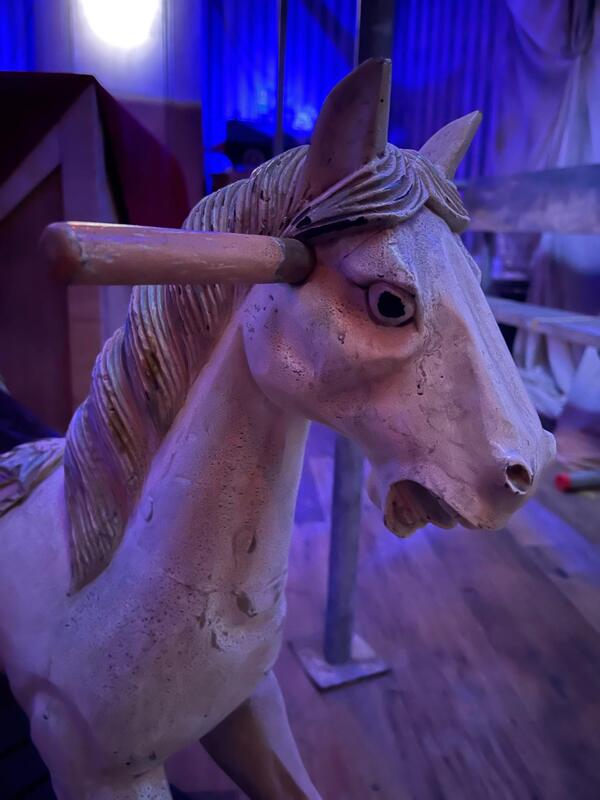 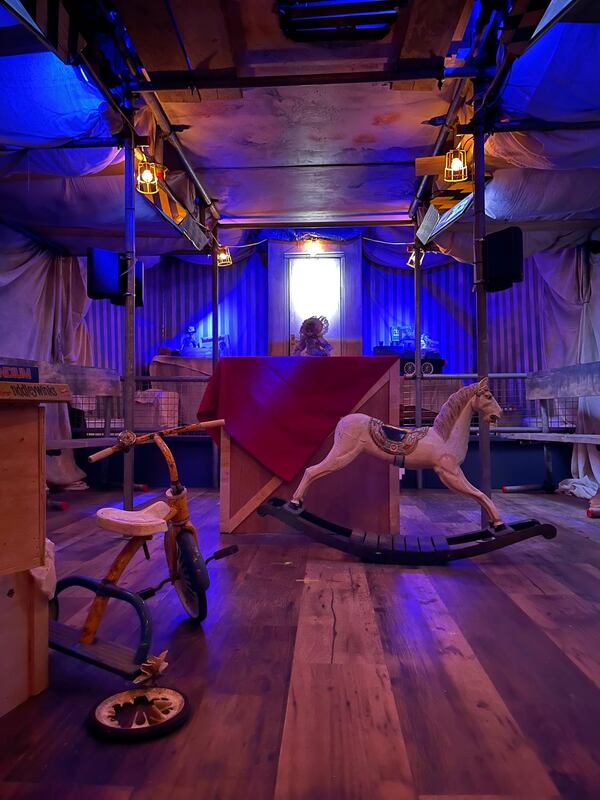 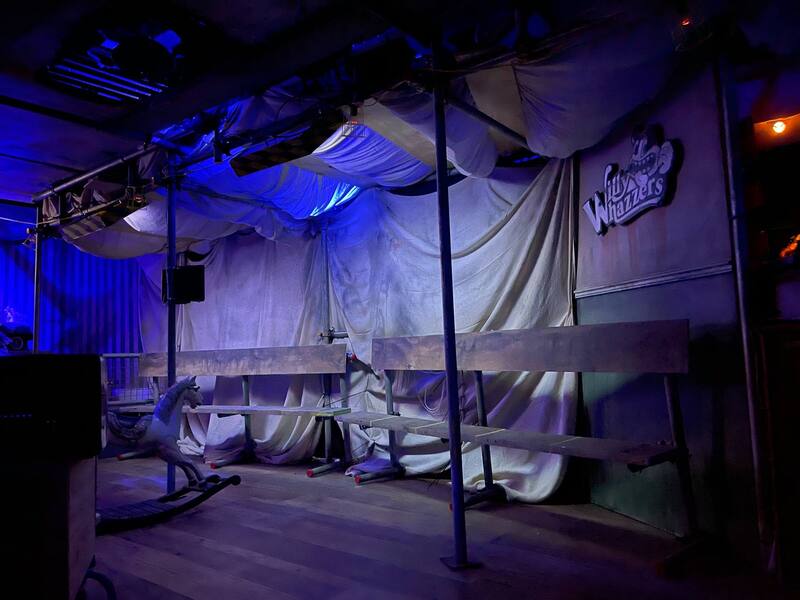 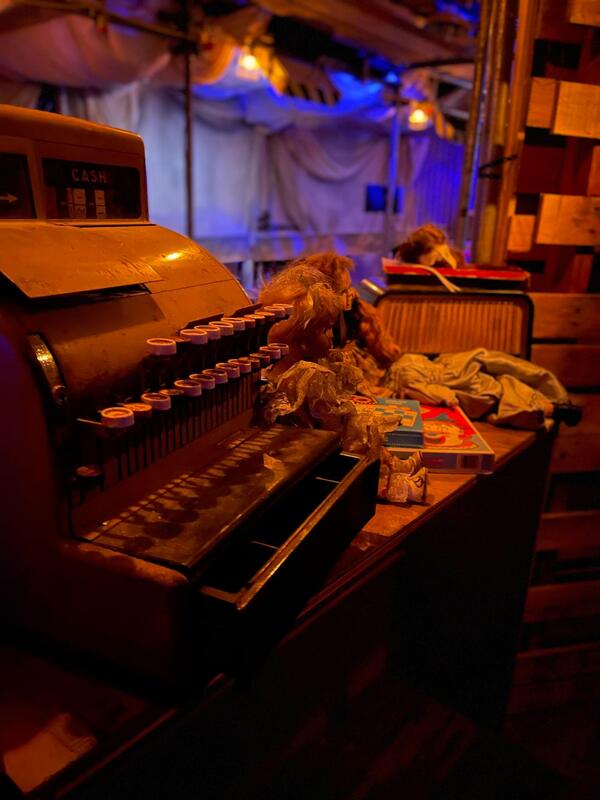 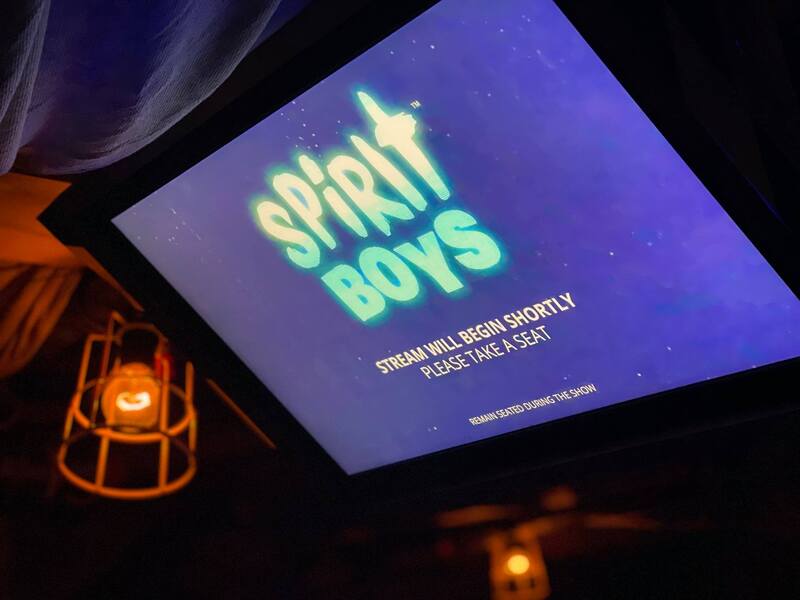 ​Seance by Hide and Shriek

It’s hard to believe that the talented Hide and Shriek team have only been creating events since October 2015. In the 18 months since then, they have given us The I’Scream Factory, Dead Centre, Alien Escape, Delectably Dead and their Halloween Scream Park including the completely bonkers Boiled. Each attraction has perfectly blended horror and humour, to create genuinely immersive experiences that have garnered positive reviews from both us and the punters alike. Based in the Victoria Shopping Centre in Southend on Sea, their impressive theatre façade and booking office hides a warren of dark passages, and it is in a dark corner of their unit that they have built their latest attraction – Séance.

When it was our turn to enter we were met by our host in a bright yellow Sou’wester who guided us through to an impressive house façade. The washing on the line was blowing in the wind, lighting was flashing and thunder was rumbling away. It was a stunningly unexpected sight and immediately set the mood for what was about to happen. Once inside the house, we were asked to locate the lounge and we passed through several beautifully themed rooms before taking our places at the table. Everything around us looked real – this genuinely could have been a dining table in a real house. Outside the window, the storm was still raging and the sheets were still blowing in the wind. But the incredible theming was just the start of the experience

Settled round the table, the séance was overseen by a disembodied recorded voice. It may have been more intimate if an actor had been used for this, but the conceit that the investigator was outside observing us worked well. The tension during these early scenes really started to build as we reached out to the resident spirits. By the end, the fear and tension levels were cranked up to 11, as loud noises, periods of intense darkness, live actors and more, were thrown at us. Some of the special effects were stunningly achieved and we still can’t work out how some of them were done!

This year we have seen a number of different Séance type attractions and regular readers will know that we disliked the white faced actor who overstayed his welcome in 31 Copeland Road or the fake possession ending of The Harrowing. Therefore it was exciting to see the Hide and Shriek team relied on some great AND simple effects, that provided great believable scares, that left us running out the door back to the lobby.

Compared to some of the larger scare mazes and zombie events they have created, Séance is a deceptively small and simple attraction. But its appearance hides a massive technical and thematic achievement that packs a mighty punch. We know this is a very heavily over used cliché – but you REALLY don’t want to miss this! It is a masterpiece of theatre, which genuinely terrifies and entertains. If this is what a company can produce with just 18 months in the industry, then God help all the established scare attraction producers out there. Hide and Shriek are about to go stratospheric – and we for one will be following them wherever they go!​