You know the rules right? Everyone knows the rules. We’ve all seen enough zombie movies to know that the ONLY way to disable a zombie is a shot straight to the head. So how come most zombie events strictly forbid headshots? The answer of course is safety – apart from providing the zombies with full head protection, there is just no way to ensure the actors are safe. A few attractions have tried a combined zombie mask/crash helmet but the helmets were clunky and unconvincing, so most have settled for body shots only, with the zombies usually wearing an element of safety gear.

When we first visited the Zombie Shopping Mall by Zed Events, the guns were Airsoft ones – firing little white pellets that were less painful than paintball, but still powerful enough to take out an eye. Therefore, the no headshots rule was strongly enforced and all zombies wore eye protection. It also meant that a large proportion of the time was spent training people in the safe use of the guns which slightly broke the atmosphere that the event had strived to create.

The new mall experience is a much tighter and leaner show, as we are now able to get straight into the action, with the guns handed out as part of the storyline. With just a few cursory instructions from one of the actors, we were sent off into the darkness of the mall tunnels to see what we could shoot. In the head!

The guns are an exclusive design for Zed Events that have all the reactions of a standard pump action shotgun, but don’t actually fire anything. Not that you would realise this – as when you pull the trigger there is a noisy blast, a recoil that you feel through the gun, a muzzle flash AND a small flash of smoke. To all intents and purposes, it feels like you have genuinely fired a gun. This new system means it is perfectly safe to hold a gun to a zombie’s head and fire point blank! Most of the time you never let them actually get that close to you, but if you do aim for a leg or a body part, they just keep on coming, and will generally only drop to the floor on a successful head shot. It’s exhilarating, it’s realistic and more importantly – it’s killing a zombie as they should be killed!

The new storyline has taken elements of the original event and combined them into one complete experience that plays straight through as opposed to episodic like before. It is a mix of theatrical storytelling, some stunning set pieces, and various mission based exercises, culminating in a free roam element where we were left in the abandoned mall by ourselves (or so we thought…)

The reactions to the differing elements depended on the nature of the players. Some of the group we were with, were less interested in the theatrical bits and insisted on talking over the actors. At one point we actually wished that we were allowed to do headshots on other members of the public! It still beggars belief that people pay so much for an event to then NOT play along with the story. Fortunately the guys playing the main swat team were good at telling them, in no uncertain terms, to “shut the hell up!”

The rest of the action covered all areas of the mall including a very tense scene with some automated shutters and the gruesome discovery of something not quite right in the disused children’s play area. This story is effectively a prequel to the events of the previous experience, and as such there was a bit more storytelling, clue finding and problem solving. This was especially so in a whole new laboratory room that had hitherto remained unseen. All too quickly (but in effect nearly 2 hours since entering the building) we were on the final countdown to a big finale that left us emptying every shot we had left in bid to escape. The frenetic nature of the finale was a perfect conclusion to the whole event.
​
So is the success of Zombie Shopping Mall all down to the fact that head shots are allowed? It’s certainly one of the key strengths of the event, but that is also complemented by the incredible venue that adds a level of realism never usually seen in zombie survival events. Sadly the mall is in a redevelopment zone so there is always a chance that it could be demolished sometime in the future. Which would be a massive loss. With this new gun technology, Zed Events could take the concept to just about any building with no major clean up or insurance required. But if you want to run round a genuine shopping mall shooting zombies in the head, then you need to check out Zed Events very soon. We guarantee you’ll have a blast! 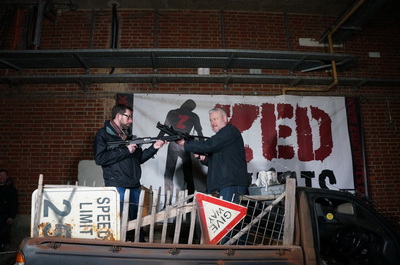 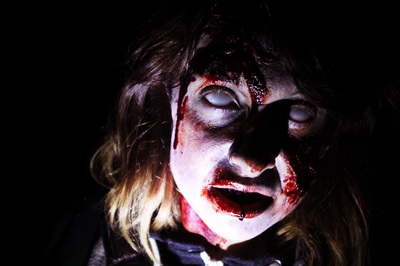 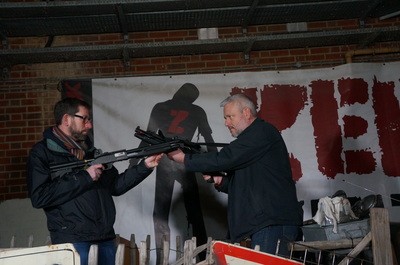 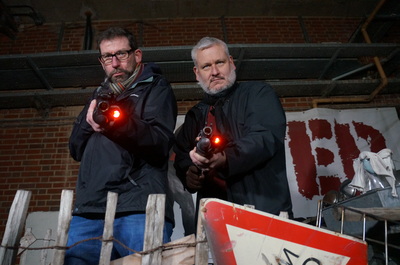 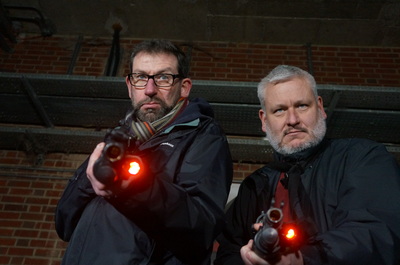 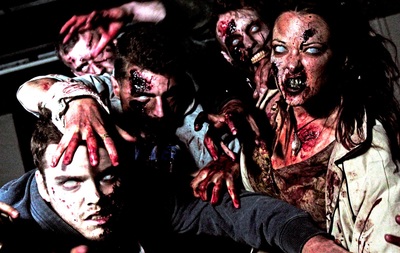 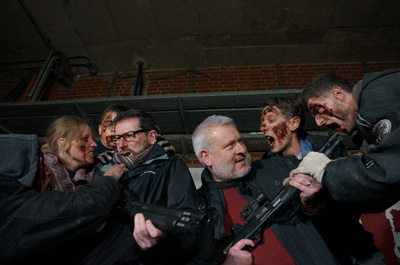 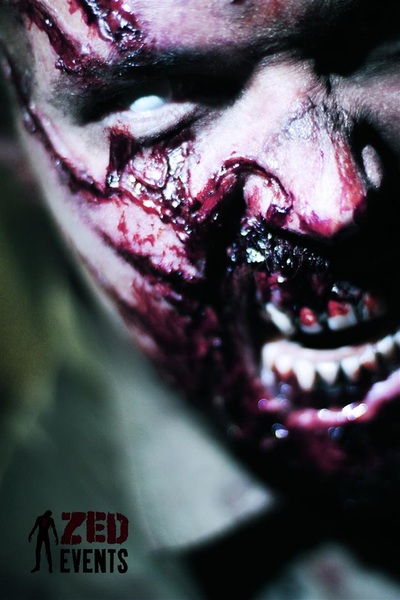 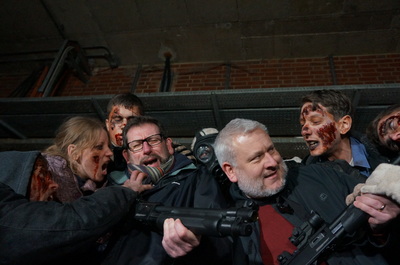 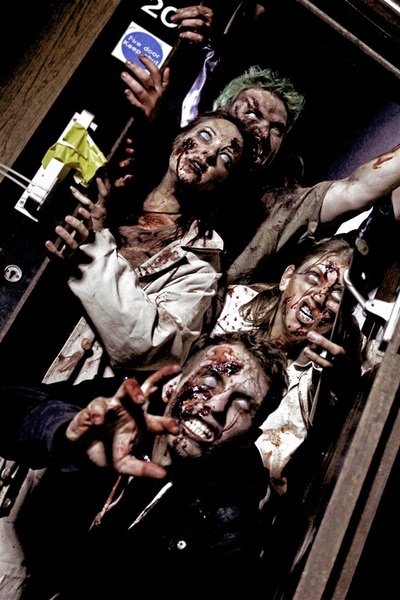 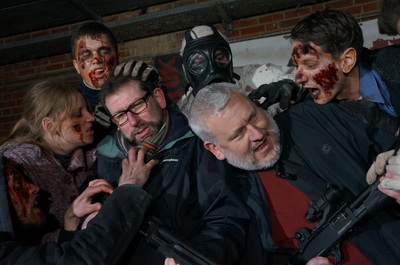 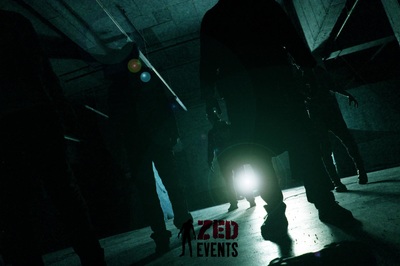 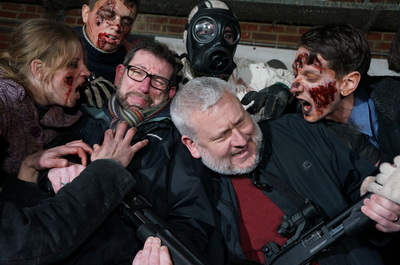 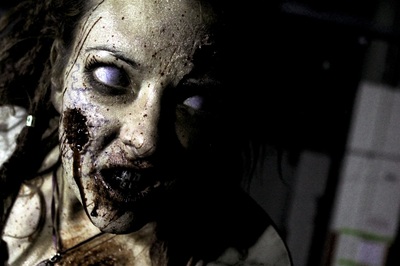 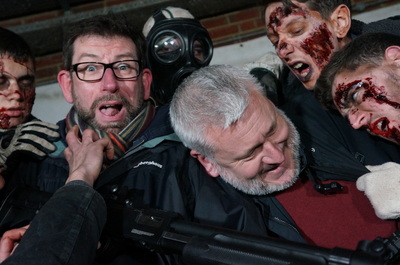 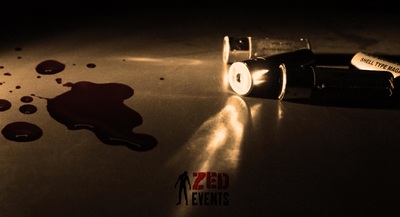