With the abundance of zombie events out there, we are always interested to see whether new events bring anything different to the party or are just more of the same. That's not saying that it isn't a hell of a lot of fun, shooting zombies in an abandoned building but we are now looking for a more immersive story and experience. Fortunately with Zombie Uprising, that's exactly what we got

Arriving at our venue (an old factory that's been closed down for years), we were forced to wait in our cars, which really gave us time to assess the sheer size of the venue. With the roaming SWAT team, and the army Land Rovers driving past it was quite a daunting sight' but before we had too much time to panic, we were ordered from our cars and processed. With the uniforms, guns, dogs and everything else - the event had already started off impressive and we hadn't even properly started!
Once kitted out with the required protective gear, and a further briefing it was time to set off on our missions. We all had a weapon each, 1 walkie talkie for the group and a couple of torches. The aim of this event was to work together to survive!

Literally from the start we were running around everywhere, and had zombies coming at us from all directions. It was important that we tried to work together and stay as a team nut unfortunately we lost our guide within the first 5 minutes and had to try and complete our task without getting killed! This was in the downstairs morgue where we managed to get split from our team as there was a flurry of zombies that come from no where and managed to attack us so everyone else just left us to be eaten!  We did manage to find our team again, as we bumped into one of the armed men who let us use his walkie talkie to get in touch with our team leader eventually!

The building itself was very creepy as there were no lights at all and we had to rely on two torches that our team had been gave to be able to see anything! Some floors were lucky to have broken windows to let some light in, although if anyone did the later event till midnight, it would have been a lot darker. There was rubble all over the floor and the extent of how derelict a building this was, made it all the more exciting. It was like setting foot in a horror movie. There were 4 floors to explore and in each different room there numerous zombie hiding places.


Once we'd completed our tasks we all had to join together with the other groups for one final group mission dynamite and at this point there were zombies coming from every direction. By then most of us had ran out of bullets to shoot them so it was a case of try and run from them or hide! Once finally outside we were then all checked for signs of infection - not everyone was luck enough to have survived!

All in all for a first time event it was really good fun. It was well thought out and had some good structure although we are sure that every experience will be a different one depending on how the teams react to certain scenarios. But it had the right mix of scares and action throughout even if there was perhaps just a little bit too much running - after 3 hours or so we were all a bit tired! But with the excellent choice of venue, the darkness  and the crazy zombies everywhere - it created a very realistic atmosphere from start to finish. And at just £50 compared to other more expensive zombie survival events, we think Zombie Uprising will prove very popular with scare and zombie fans alike!
For more information check out their website http://zombieuprising.co.uk/ 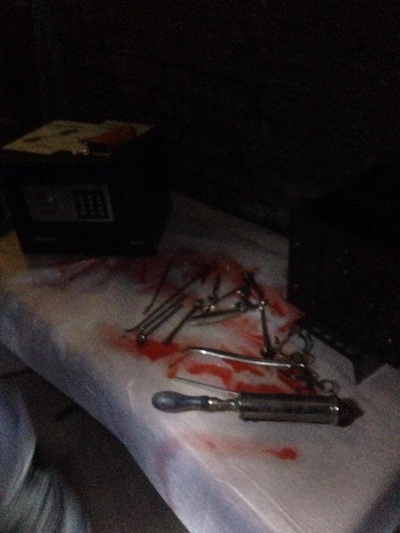 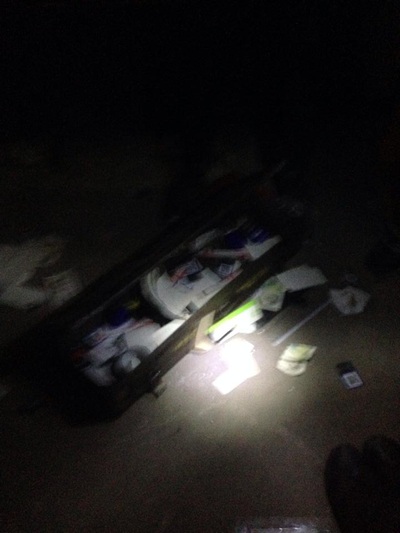 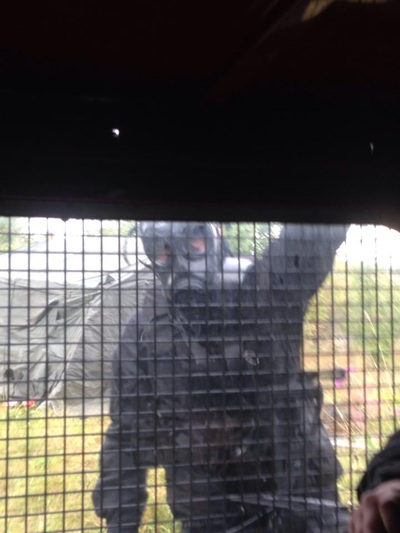 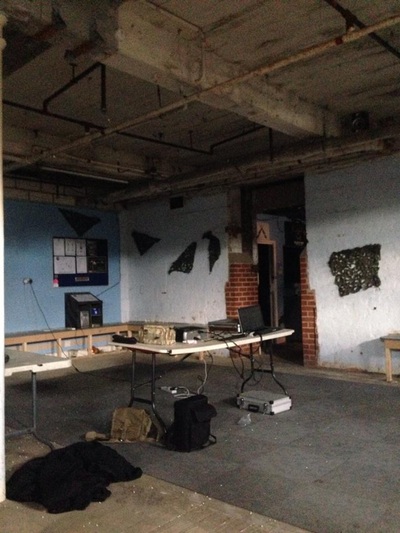 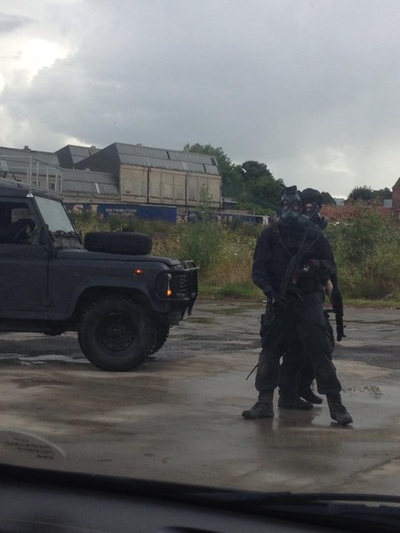 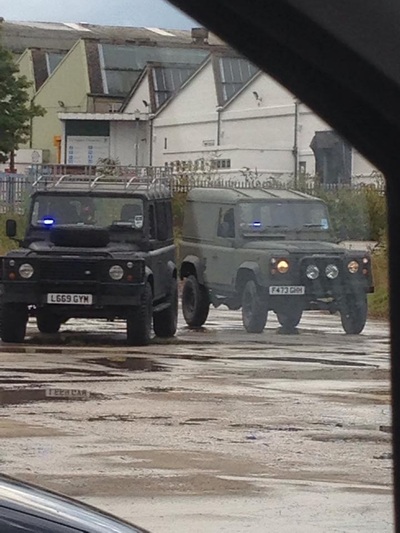 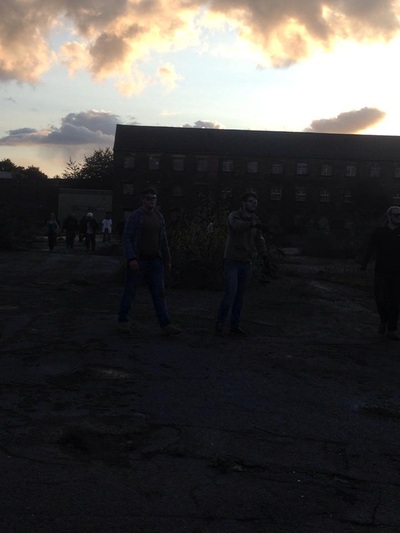 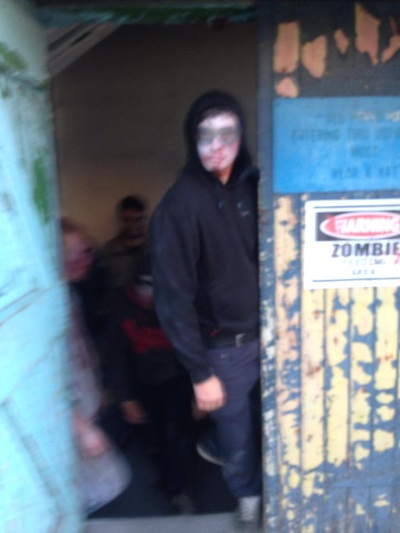 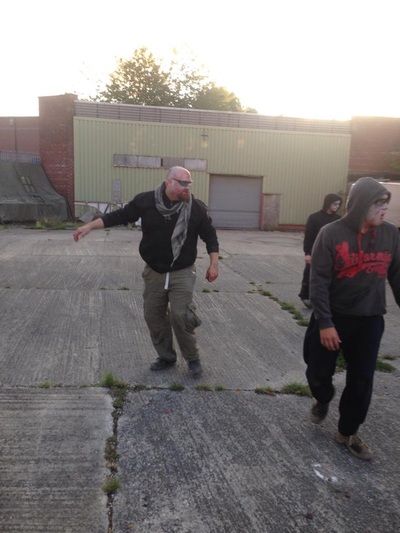