With the amount of zombie events around in the UK at the moment, it would be very hard not to believe that an actual zombie apocalypse hasn't already happened! Every week we seem to find ourselves in yet another deserted building, running away from hordes of hungry zombies after our brains! Thinking we knew what to expect, we signed up for the Zombie Survival Experience in West Yorkshire.

Advertised as the most extreme zombie survival experience in the UK, we headed to to an old run-down Mill in the bleak outskirts of Huddersfield. The 10pm start to the game meant we had to drive to the venue down winding dark deserted country roads and we kept expecting to turn a corner and be confronted with a hoard of bloodthirsty undead! So when we actually turned up at the car park, we were impressed to see a chained up zombie was trying its hardest to get to anyone living that it could! It was a great welcome.

Keeping the zombie in check was one of our team captains, and after a while we were escorted inside the building into a reception area. As with any of these events, the practicalities of waivers, weapon allocations etc. sadly loses a little of the immersive feeling that had been built up outside, but soon our team leader, Jason, was telling us about our mission and what we were expected to do.  He explained that the mill was a strong hold patrol base set up for survivors of the apocalypse, run by a local air soft company which had been dwindled down to just 2 members. We were also informed that a group of zombies were being held in cells inside for a Doctor to use as specimens in her quest to create an antidote for the virus swarming the world. It was for us to help the members in the prison and try to get every out alive. Sounds easy? Nothing could go wrong? Surely?

Very soon, a siren warned us that something had escaped and we were left with a terrifying chase to complete tasks to gain weapons, find objects to help save the Dr. In an interesting twist - the zombies weren't the only major threat and the fact that we were soon also being chased by humanly opponents too. We found these even more disturbing and unnerving than any stumbling dead man, and at one point this reviewer could be found cowering in an alcove crouching in sheer panic!

Was it extreme? Well this will be a personal opinion depending on much you throw yourself into the event . The zombies came at us at a fast pace but we always felt we could handle them. Saying that, the actors worked well and used every inch of the small tight arena area and the whole thing gave us the feeling of walking through a well scripted film. The sets were simple but effective and in the organised panic, some of the set changes meant us never appearing to enter the same room twice! Also, every member of the cast knew exactly where they needed to be and what they needed to do with the two lead characters doing an amazing job of making us think we were the ones unfolding the story and not the other way round. Our only minor gripe we had with whole event was that the ending was a little sudden and flat a little anti-climatic. Interestingly - talking to the team afterwards we found out that the experience was the first of a trilogy of shows, and the unanswered questions would be addressed in the 2 upcoming sequels. A smart advertising ploy (it was also explained that you could also do the sequel events as stand alone experiences) but we still think it needed a killer finale to round the event off. Saying that, we do look forward to seeing where the plot goes in future episodes.

So did we enjoy the show? Absolutely yes! It was a new unusual take on a format that is starting to become a little too popular. Talking to the team afterwards, it is clear that they have a love of other horror genres and have plans to not sit back on their zombie laurels, but create a catalogue of original alternative experiences. We wish them all the best and really look forward to what they come up with next. 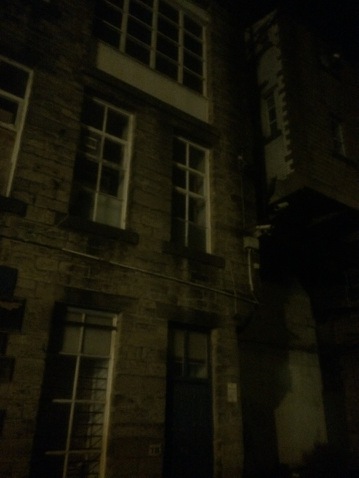 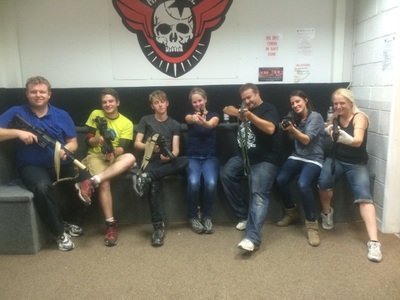 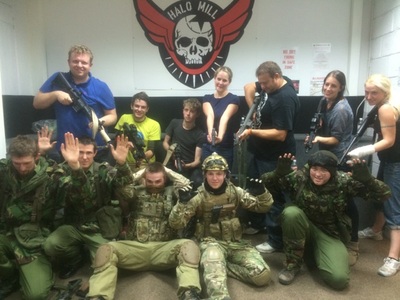 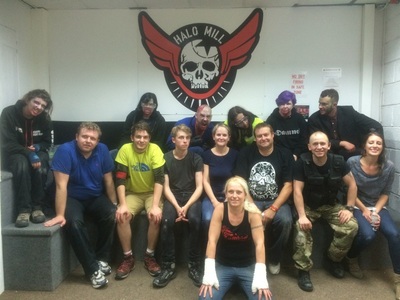 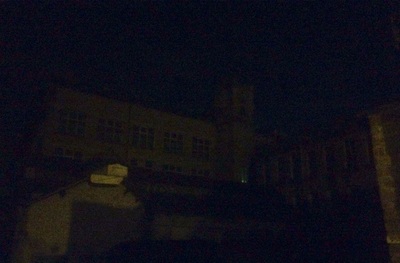 A group of us went for a friend's birthday on 7/2/15, the staff were really good and explained all the room clearance techniques and weapons training brilliantly. The mission itself was very good and we all soon got in to the story. I would absolutely recommend this for anybody who wants to get involved in a story instead of just attacking wave after wave of zombies.

The experience starts as soon as you enter the car park. You get what you put in this experience. Greeting you outside the End of Days Events Team allows to to get into the zone, and bring you up to speed with your mission. Your team are the story, and you NEED to work as a team. Great instructors, good using the space of the mill. My first zombie experience, and I would go back.