Earlier in the year, the zombie team from Zombie Retribution, hosted a one night event at Lazer Zap Attack in Kettering. Adding zombies to a Laser tag arena, proved to be a big hit with the locals and very soon after, the venue confirmed several more zombie themed nights through the year including Halloween. We went along on just their second event to see for ourselves what all the fuss was about:

As it was the night saw many horrors unfold, with members of the daring team venturing into the infection zone, battling it head to head with each other. In similar style to regular laser tag, each player had 4 initial lives, signalled by tags on the packs, of which the zombies were aiming for, while we were trying to shoot the other team in a fast paced team death match.

The zombie's were quick to take control from the word go, scaring many members of both teams. A few cowards wimped out but for those that battled through, a night of fast paced, and intense laser tag awaited, with the zombies getting more and more intense as the night went on. For each game the zombies seemed to become louder, faster and more aggressive.

After several rounds of team games and a pause to enjoy a delicious cold buffet that is included with each ticket, the event turned into a total death match with every man, zombie and coward out for themselves! The zombies by this point had turned really intimidating - banging loudly on metal surroundings, screeching and making as much noise as possible. The final battles raged over 2 paced, chaotic rounds before the winner was finally declared. At that point winners/losers and zombies all staggered from the maze, laughing and smiling. We genuinely think the zombies had as much fun as we did!

It is clear that the zombie team are really passionate about the whole genre experience and Lazer Zap Attack should be commended for doing something different from their usual audience (the age restriction for this event was increased to adults only to allow the zombies to be as gory as possible). Dates are already set for later in the year and the team have some exciting variations on games to keep the whole event fresh. So if you fancy a zombie experience where the zombies fight back, then we can highly recommend this one! 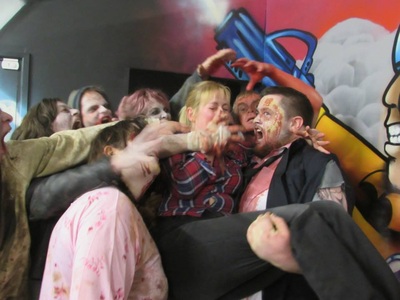 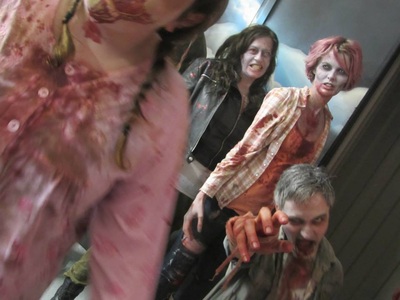 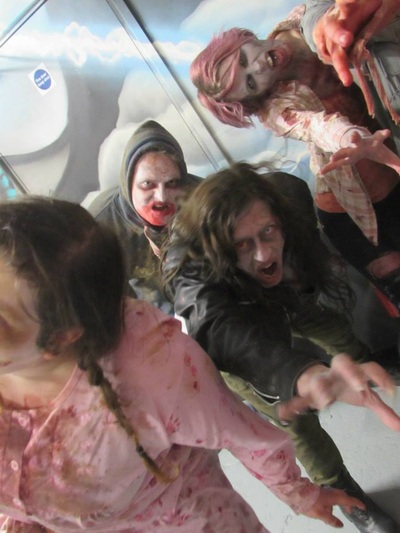 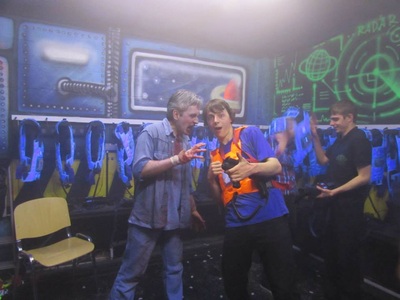 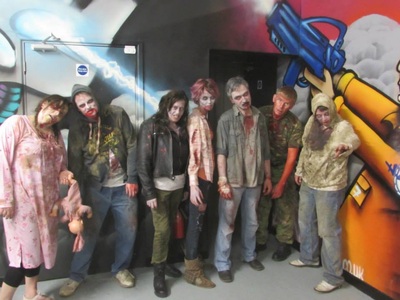 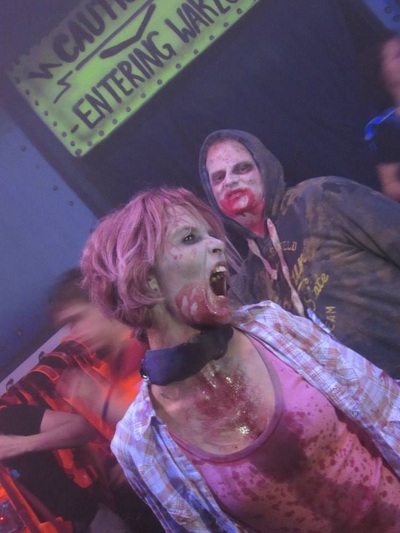 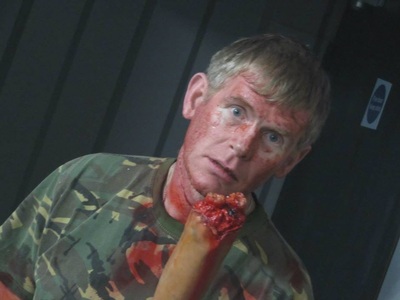 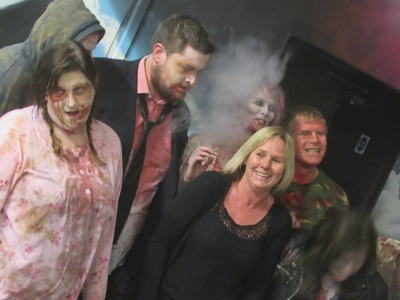