Zombies are everywhere at the moment. Whether it be on TV in The Walking Dead, in computer games such as Dead Island or at the cinemas in World War Z. They really are popular and their popularity doesn't look like fading any time soon. Which is why it is understandable that so many zombie events have appeared recently. A lot of people have complained that there are too many of these events, but seeing as they introduce the general public to the world of scare attractions we say bring em on!

Trying to differentiate from the usual zombie chase/survival game, Bunker 51 and Apocalypse Events decided they needed to introduce an exciting new twist on the zombie genre, that created a more detailed back story and synopsis for the outbreak.  As such - Zombie Blitz 1940 was born.

The event started quite innocently in a 1940's tea party with cucumber sandwiches, delicious cakes and an old fashioned urn full of tea. While period music played, we took the chance to catch up on authentic news papers of the time, warning us to be vigilant of an impending Nazi attack.

Suddenly without warning, as the air raid sirens started blaring, we were ushered into the underground bomb shelter for safety.Little did we know that we were probably safer on the outside! Soon, as our exit to the above ground world became blocked, there was only way to escape and that resulted in a long pitch dark crawl through the walls. As we emerged on the other side we realised we had stumbled into something quite extraordinary.

Clues as to what was about to happen seemed to be all around us - blood, some body bags and plenty of German related paraphernalia ( ReichMarks, German medical records and books etc). Having seen the attraction synopsis beforehand we knew that the Nazis were coming but it was still a genuine surprise to suddenly have to be hiding from a troop of jack booted officers. For once - a scare attraction seemed based on reality. If it was 1940 - could there really have been Nazis hidden deep underneath the London streets?

Slowly the full extent of what we had tumbled into was evident and via the use of an incredible vented floorway, we sat perched, unseen, above the heads of the soldiers , watching their evil plan unfurl. The attention to detail during this scene was like something from a Hollywood movie and our precarious hiding place meant we never knew if or when we might get caught.

From there on in the attraction became a bit more of a blur as we were rushed, pushed and sometimes chased through dark corridors, small crawlspaces and cavernous open spaces that all seemed to be filled with flesh eating monsters. And yes, by this point the show had descended into blood crazed zombies but following the intense build up and explanation beforehand, we were happy just to be scared stupid as we tried to find a way out of the tunnels.  We were rushed up and down stairs and encountered creature attacks from all side. We seriously do not want to spoil one of the zombie attack set pieces, but this show utilises an acrobatic style attack that literally had everyone gasping in disbelief. After all - these zombies are superhuman mutants now - why cant they literally defy gravity in a way never been seen before? A truly awesome scene that will remain etched in our memories for a long time!

Towards the end, we entered another tight maze complex that had us crawling and ducking while creatures attacked us from all sides. It was densely populated, extremely chaotic and utterly thrilling!. After about 40 minutes underground we could see light at the end of a tunnel and all ran to it, grateful to escape the confusion behind! 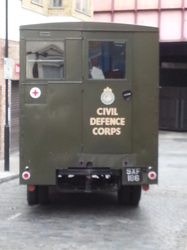 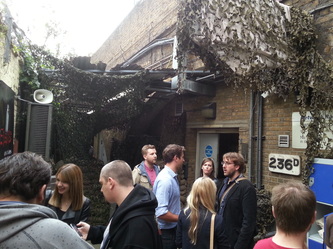 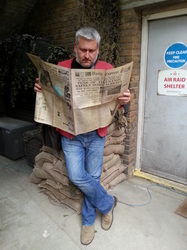 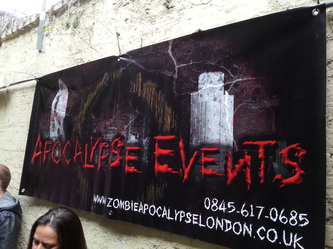 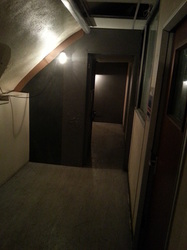 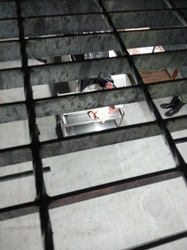 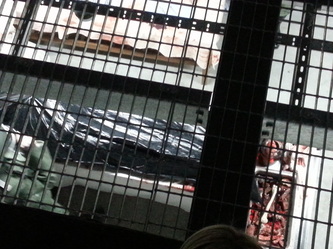 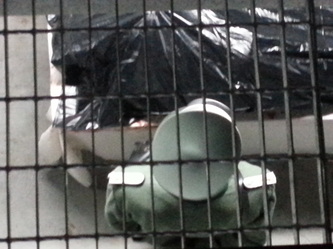 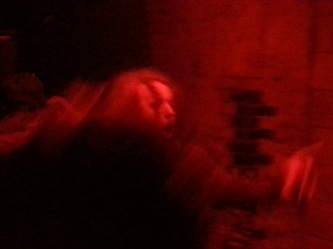 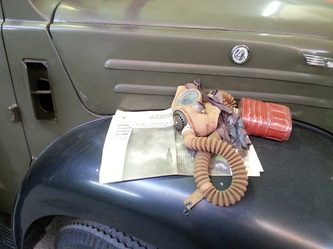 Once outside we were able to stand back and really take stock of what had happened. Like a good movie, the first half of the experience set up a cohesive and impressive story that drew us in and made the second half even more believable. By the time we were being chased by the undead creatures, we genuinely felt that we needed to get away from them and the frantic second half of the show was an incredible pay off to the whole experience. The design and creative use of the tunnels and the sets were brilliant - especially the scene as we perched overhead watching what was unfolding below us. Also the twisted maze finale was an incredible construction that allowed safe passage for guests up and over the props while creatures were able to attack from all sides.

And as for those zombies - well what can we say? They were clearly some of the wildest and craziest we have experienced for a long time. They were angry, they were vocal and they were obviously very hungry. Without any "hands on shoulders" grouping we were all just pushing and grabbing at each other to get away from the hordes. But it wasn't just the zombies actors who were convincing. The doctors and Nazis in the early scenes were all extremely realistic - especially down to their authentic costumes and accents. All of this put together helped to create a situation that felt totally real and believable. The only character that seemed a little bit over the top was the shouty American soldier who would have benefited from toning down his performance a few notches. It's a small niggle, but one that would have made the character more subtle and likeable. Quite frankly at one point we were ready to throw him to the zombies just to shut him up!

Being a press night, we understand that there are a few more scenes to be added to the final experience, which will explain the high end price tag as the final event is expected to last another 20 minutes or more. But if you want something different and an exciting new spin on the zombie mythology within a movie style experience then we would highly recommend Zombie Blitz 1940
For more information about Zombie Blitz 1940 - check out www.zombieapocalypselondon.co.uk