Located at Twinlakes, Xtreme Scream Park returns in 2014 promising to be bigger and better than ever. Will it live up to expectations? The team returned to find out.

Our first stop was Curtain Chaos, a standard curtains and clowns maze which was a fairly strong start. There were some good impact scares but in places the actors felt a little too static. However this could be down to the layout and construction of the maze and in all fairness actors threw everything they had at us within the space and did well to pace the groups through the maze.

Next up was Farmhouse Of Fear. The first section was a long maze like structure which had us chased by one of the inhabitants for pretty much all of it - this section felt very long and had little theming but the actor following us was relentless and made a very tense experience for the person at the back of our group. In a way, this very stoic and plain section built up the tension, as we were waiting and waiting for big scares after each corner we turned. The second section was far more extensively themed and it was fun to explore. There were only a few actors throughout the whole maze which makes it ideal for younger audiences or people wanting to build up their courage to try the bigger mazes.

The Dungeon Dark Scare Maze was our next attraction on the list which gave very little away as to what was inside. We were given the choice to explore in smaller groups (and some of us chose to go through alone). This was definitely the most intense maze we experienced with some incredibly dark areas and the actors did well to pick on our group throughout. One section of the maze was extremely claustrophobic and could be impossible to navigate for larger guests. There was little theming inside but with it being so dark there wasn't much need for it, and the caged area housing some of the most dangerous monsters gave this reviewer one heck of a scare!

Over at The Pie Factory and Pig Paddock our group were excited to experience our favourite maze from the 2013 line-up. Unfortunately though, this year it didn't deliver. The maze, as a whole is very well themed although could be better lit on the outdoor areas. There were a couple of times where actors did little to frighten the guests (one in particular just stood in a hiding spot while group after group walked past.) We liked the differently themed areas too but we just felt a lack of urgency to get through this one.

Our final maze of the night, Stilton Hall Hotel and Spa is Xtreme Scream Park's new maze for 2014. Built over 2 levels and featuring fifty rooms this is one we couldn't wait to experience. Outside, the actors do a great job of taunting and welcoming guests and really help to build tension and the atmosphere as a whole. As you can imagine, this maze is extremely long and there's some incredibly clever ideas inside. We loved the sunbed rooms and the corridors of the hotel which seemed to stretch on forever. Actors aren't afraid to touch you either (something we found in a few of the other mazes) which really built up the scares. The level of detail in each room is brilliant and it shows that a lot of effort has gone into the build of this maze. Our biggest issue with the maze was that even in a small group of five, the scares were very front heavy and often the people at the back of the group would hear screams but had no idea what was going on. Overall the maze has great potential though and with a few tweaks would be incredible.

Overall, the park had a great atmosphere with a few roaming actors who really helped set the mood for the night - especially the crazed zombie restrained by two "helpers". There's some nicely themed areas but very often we found that they weren't lit properly and some sections were in total darkness, which felt like a shame, the event still has plenty of time to grow as we visited on opening night. Teams will still be finding their feet and working out what works and what doesn't and with a little moulding and refining 2014 could be a brilliant year for Twinlakes. 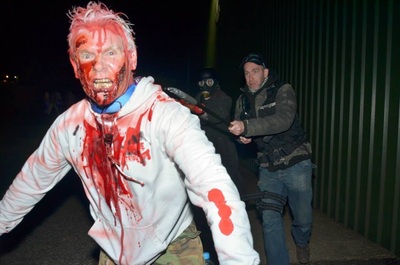 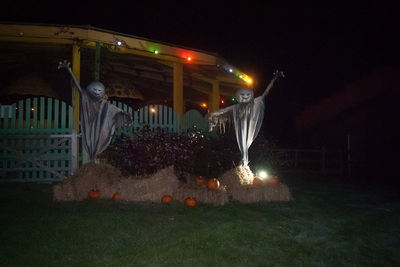 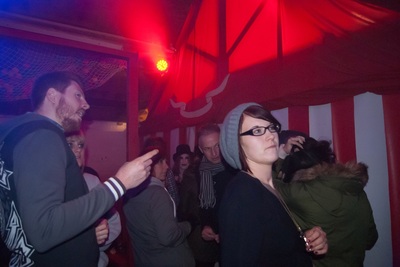 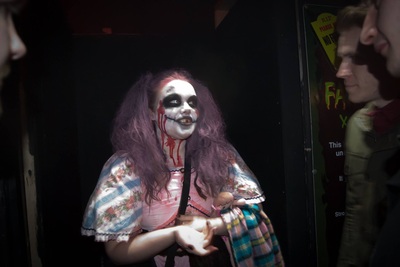 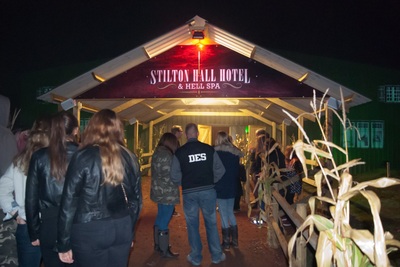 For more details - check out their website - www.xtremescreampark.co.uk/
ScareTOUR review of 2013