When we arrived at the Rhondda Heritage Park, the main entrance was adorned with child friendly Halloween props, and there was fairy tale type music playing in the background. We exited the foyer into the outdoor area where X-Scream has set up their marquee with a bar and snack area.

When called, we made our way to the first set in the scare, a crooked shack. This was really well built,with lots of small details which played a key part in setting the scene. Inside a character, Olga set the pace of the evening, with an incredible laugh, she made sure all patrons were involved. After watching a short video we proceeded into the main attraction.

What followed was a concoction of fairy tales and film including such big names as The Wizard of Oz, Little Red Riding, The Three Little Pigs, Alice in Wonderland and Frozen. As with any promenade show like this - certain scenes were more memorable than others but we have to celebrate the return of Mona - a memorable character from last year. Playing the queen of hearts, her potty mouth was hilariously funny and acted as great counterpoint to the scares in other scenes.

X-Scream this year has really stepped up its game with regards to use of the venue. The route covers a large area, which does mean there are a few spots of dead space when walking between scares zones, but the use of the mine tunnels creates a great atmosphere. There were also some very impressive sets such as the incredible ginger bread house facade, which hid the marquee behind.
​
On the whole it was an enjoyable evening. You can see the work and dedication that has gone into making a scare of this size and the team have pulled off another fun event! 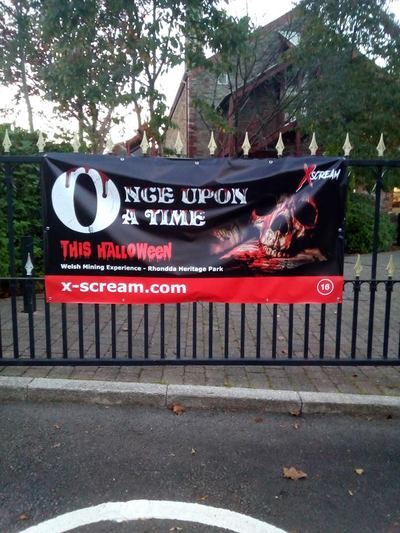 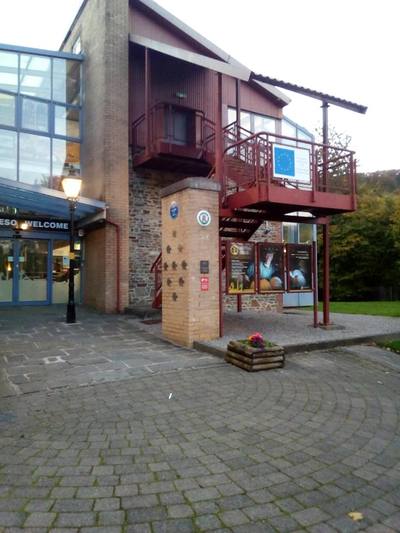 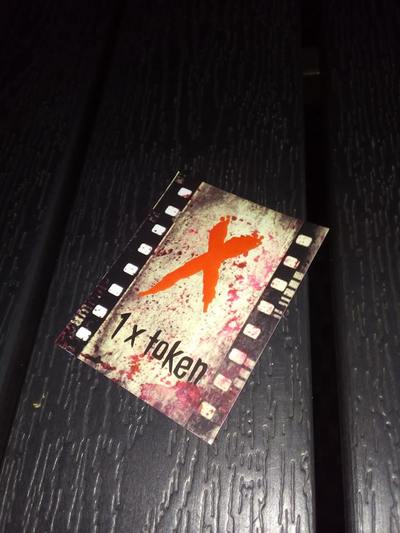 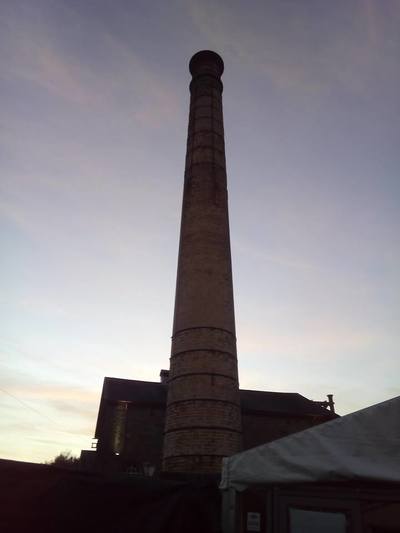 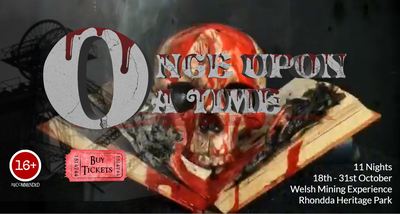 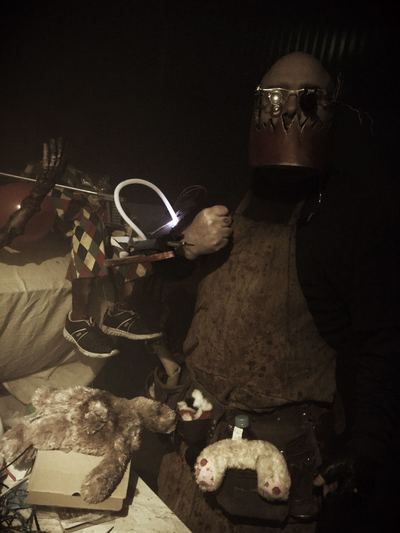 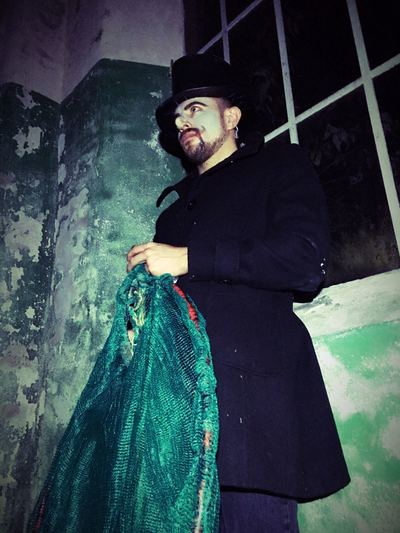 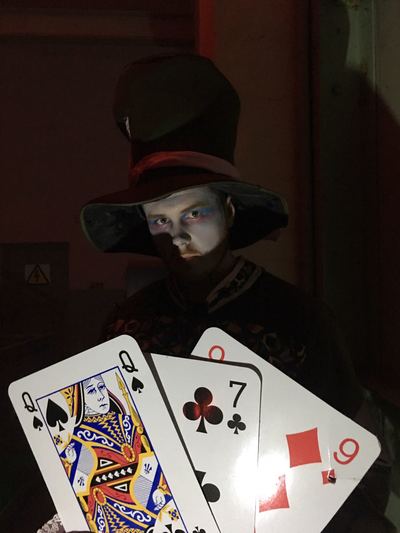 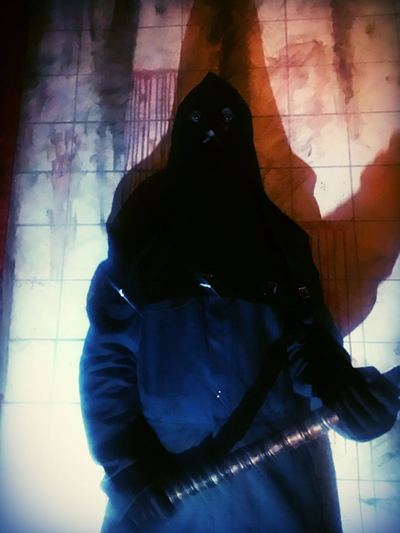 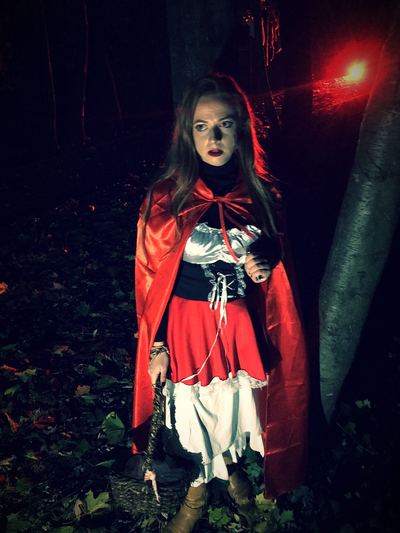 X-Scream has returned to Rhondda Heritage Park for its second year with a more complete show than their debut feature. It is clear that last year’s event was a chance for the creative team to dip their toe in the water, but this year they have jumped in feet first, with a promised 45-minute attraction combining several different scares and effects.

The film theme started the minute we entered, with our first encounter with Mona Lotts, a hilariously presented Russian studio hand, who had the audience in stitches as she relayed the story of the despicable film director. The double entendres, bawdy humour (and at times pure filth) that were coming out of her mouth, perfectly juxtaposed with the disturbing video of the director torturing one of his victims. It was clear that this year was going to go darker and more adult in nature.

What then followed was like a Who’s Who of horror movie icons and scare attractions clichés. Freddy Kruger in a boiler room? Check. An insane clown posse in the circus? Check. A hooded section just to mix up the scares? Check! As with any performance with lots of different styles and scenes – some were more effective than others, but no scenes ever out stayed their welcome. The actors throughout were giving their best to scare us, and there were a number of fun scares throughout the experience.

The attraction has seen a lot more bespoke structures added along the way, instead of just relying on the creepy darkness of the museum. Whole sets have been built in places to advance the story, and these drew inspiration from multiple horror movies from Saw through to the Ring.

Of course, being in a mining museum – the tour culminated in a lift ride down into the mine shafts and a dark creepy walk home along the mine tracks, trying to find a way out. Using the existing museum sets and layout worked perfectly, as these final scenes were totally realistic, and genuinely made us feel that we were hundreds of feet underground.
​
We found the whole of this year’s event to be much better than 2016, as clearly more thought had gone into the scenes as opposed to just creating a bog-standard zombie apocalypse.  We were a little surprised that we completed the course in about 34 minutes but that could have been because the group we were with were desperate to get out, and away from the monsters!
X-Scream is certainly different to other events and it’s clear that the team had as much fun putting it together as we did experiencing it! 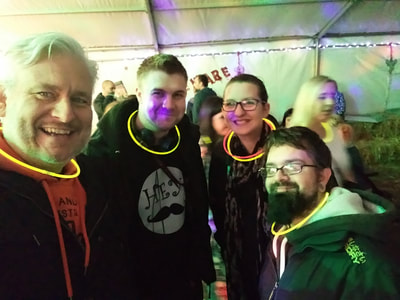 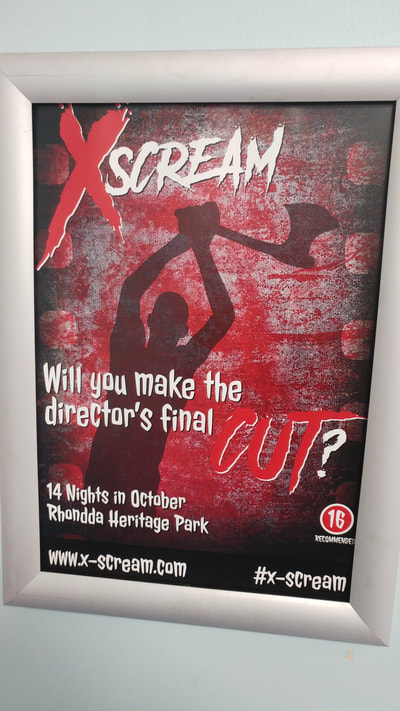 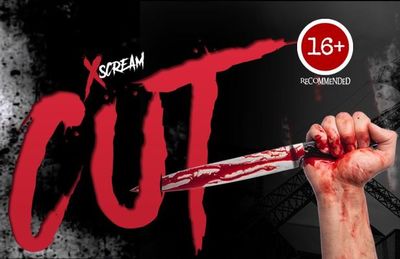 Last year, a new production team brought a horror event to the National Diving and Activity Centre in Chepstow, called Fear Fest. The attraction used an old abandoned railway track alongside the edge of a large quarry, upon which the team had built multiple scenes and structures to create scares along the way. For a first event, we were really impressed with some of the ingenious ideas and scares. Check out our review here.

For 2016, the team are back in a new site, and this time - the venue does a lot of the theming and storytelling for them. Set at the Rhondda Valley Heritage Centre, there is a dark foreboding presence about the eerily lit mine shaft structures, and with a route that takes guests through the museum and down into the tunnels themselves, it's already very creepy - and that's BEFORE they add the zombies in!

Set in an apocalyptic viral outbreak, we were briefed of the dangers of entering the mine buildings, and so with surgical masks over our faces and a hood to protect us, we followed the rope inside. As an opening scene to an attraction, the hooded element worked really well and created a very tense and scary start to the experience. Inside the darkened buildings we could hear the infected around us and with sudden noises and effects, our group were pleased to get back outside in the fresh air, and finally take our hoods off.

From hereon in - it was all about trying to escape from the undead around us and the route led us past disgusting medical scenes and infected patients chained up but trying to catch us. The atmospheric museum buildings were utilised perfectly as we could never tell if the human shaped shadow in front of us, was a live actor or just one of the multiple static displays, and our best scares came from sudden attacks that we hadn't expected.

Of course - by some twisted fate, our only escape was down and out through the mine tunnels and these were populated with a number of the undead who had a penchant for getting very up close, and splitting up our group as we tried to get through.

As we finally stumbled out into the bar at the end of the experience we have been scared, chased, surprised and hunted. Not bad for for a Monday night in Rhondda!. With the move to the new venue, the team have now gotten a far more dramatic venue to work with, and the event should prove to be a big hit for the area. 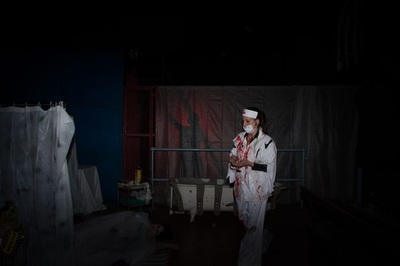 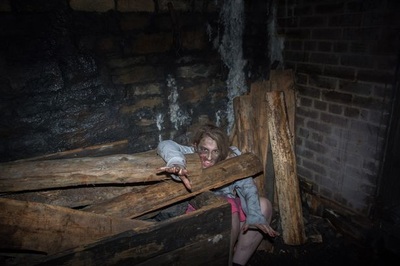 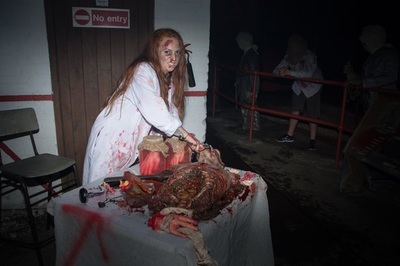 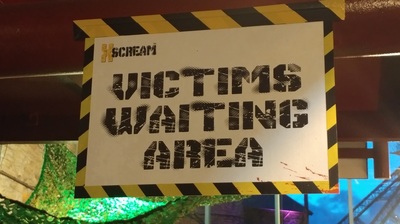 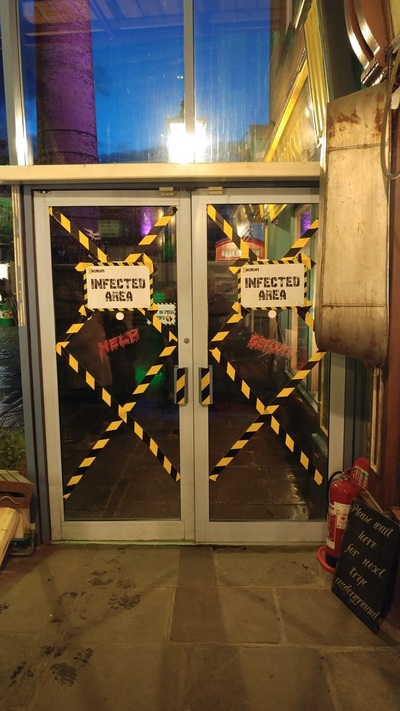 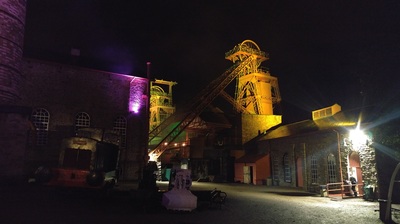 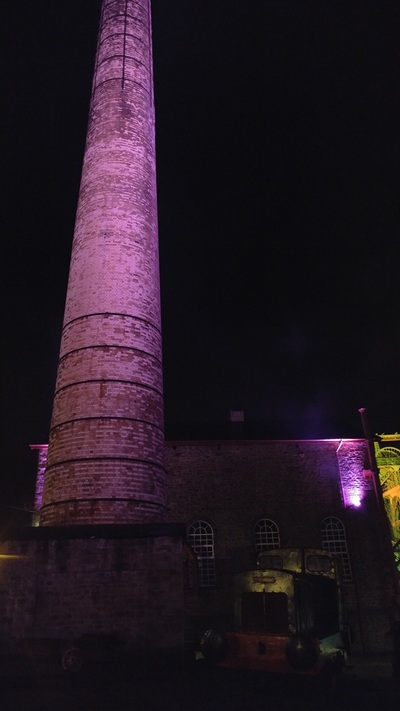 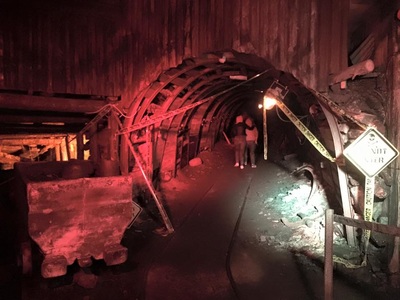 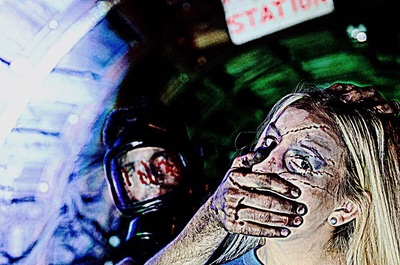