Warwick Castle have been hosting their Haunted Castle event for several years, and 2014 saw the end of the Blackout trilogy - a series of scare attractions that combined theatrical story telling with some really effective scares. For this year, the Castle has expanded its line up with the addition of a second scare attraction, and some more family friendly scares in the Hollows.

Condemned is the main scare event and is available all through the day via (free) timed tickets. The whole attraction uses the same route as the Henry and Mary Black stories, and in some ways feels very much the same in execution. The show starts as a more theatrical style of presentation, as the story of Mr Chambers - the wrongly condemned footman, is presented. All too soon, we were left to wander deeper into the castle and encounter some of the creepy characters involved. Strict nannies appeared from nowhere and children's voices and footsteps echoed all around. The tension built up until the big finale which had all of the team screaming. The way the actors worked the final scare was the most impressive yet of all the Warwick shows, and genuinely left us pushing the group to get out the room.

Now that the attraction runs all day (instead of just an evening makeover) the creators have been able to put more dividers in to create a path to follow that doesn't require a guide. Therefore at times we were alone walking through the attraction, never quite sure what was coming next. This also gave the actors more chance to work on scares as opposed to having to guide us. From beginning to end, Condemned was a classy attraction that we thoroughly enjoyed. The fact that this maze is set in genuine surroundings really helps to set the scene and we cant wait to see more of these crazy characters in the future.

The second scare attraction - Outbreak 1349 is set in the Castle's Kingmaker attraction and is very different in style to Condemned. Outbreak 1349 eschews the theatrical story telling (apart from the introduction) and instead presents a high impact event that had actors literally throwing themselves all over the place. The Kingmaker walk through is an ideal setting for this, as there are so many places where the actors could hide, and they managed to make us jump and scream several times. One final thing that we have to mention about this really impressive maze was the soundtrack playing just before we entered for the first time. It was loud, really creepy and actually scared a number of people off from entering!

The Haunted Hollows has returned this year and has a dual role throughout the event. By day it is a fun and creepy walk through suitable for everyone, but by night, the live actors were a little more engaged with the audience and despite the number of small children going through, we had a couple of quick jumps. The ambiance in the Hollows at night time is always magical and the lights and smoke really show off the sets beautifully. Talking of the sets - if you are missing Scary Tales Scare Zone from Alton Towers this year, then you will find a lot of it scattered through the Hollows. It's great to see the sets being reused between attractions and the new additions have helped make the Hollows even more impressive.

Obviously the Castle is also home to the Castle Dungeon and we had a great tour which was made even better by the hilarious jester outside. His rapport with the audience and his quick wit had all the group laughing out loud and really set us up for the whole experience. The show isn't any scarier after dark, but the it is more atmospheric waiting to go in than during the day.

Of course, it's not just about the scare events and the Haunted Castle offers roaming characters, new shows (including a fire joust) storytelling and more. In previous years they have held a little scare show in the Gaol, but with the two main attractions, this has been replaced by a new audio visual experience - The Forgotten.

We have been visiting the Haunted Castle event every year since it first started and have been recommending it to anyone looking for something a bit different. We are sure that many people overlook the castle thinking that it may not be scary but that's a big mistake. We always have a great time, and the addition of the new attraction really does make this a place to visit this Halloween. 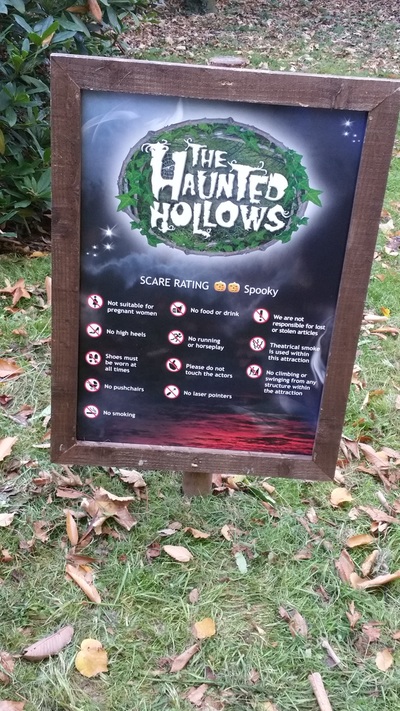 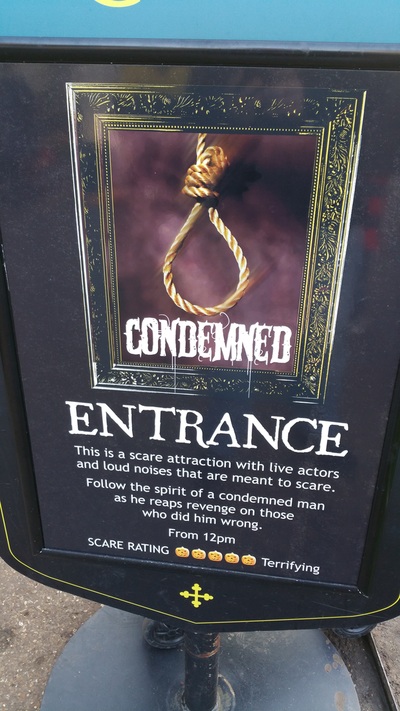 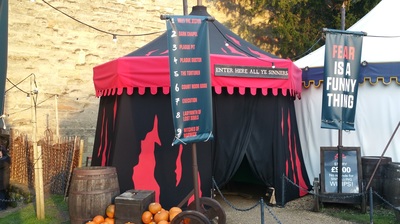 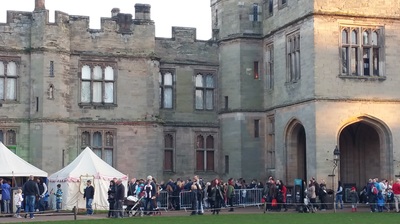 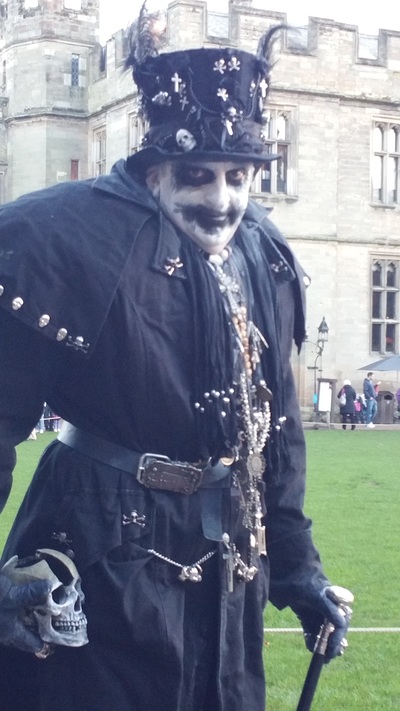 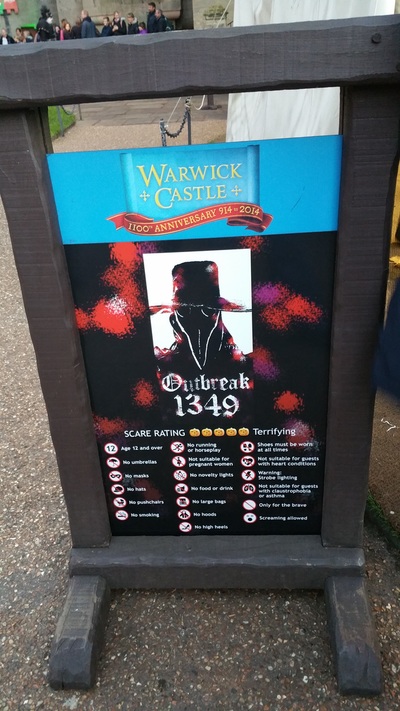 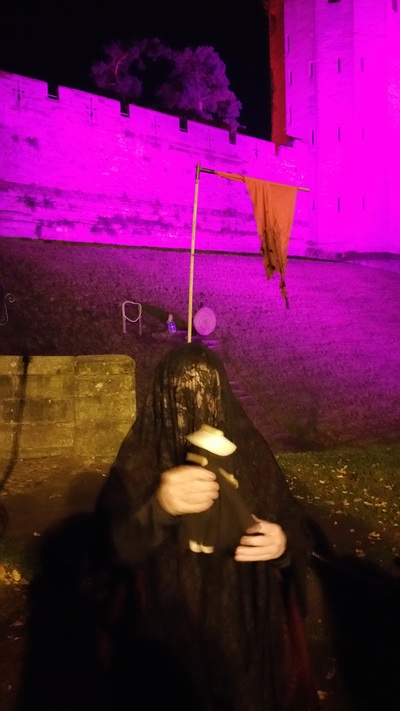 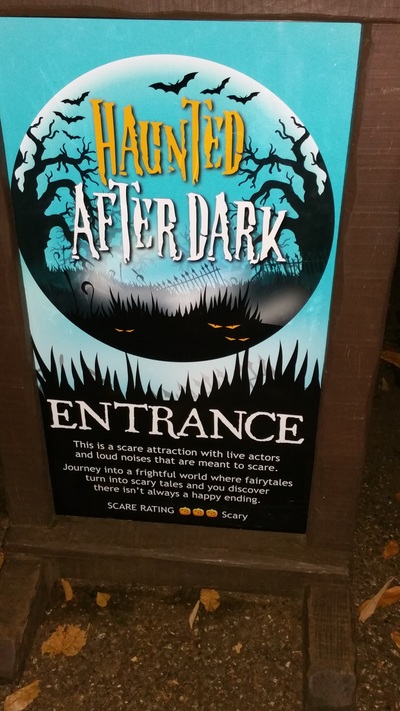 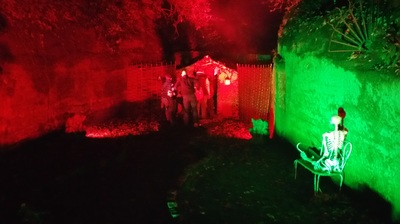 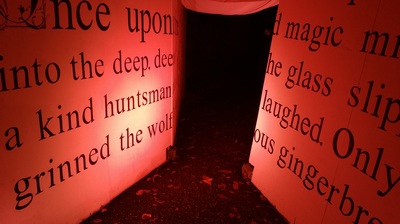 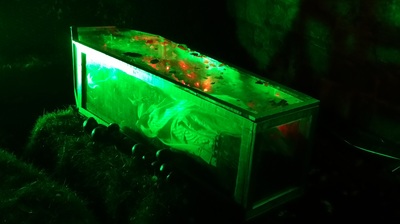 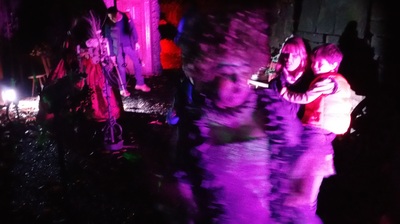 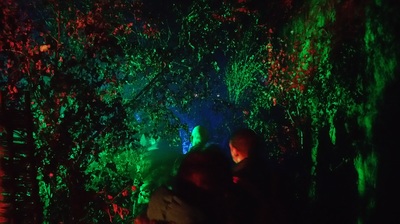 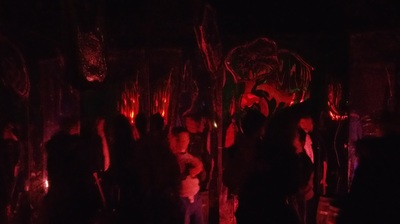 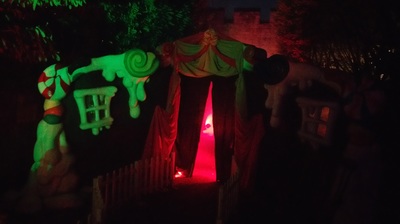