Hyde and Seek is this summer's makeover of the permanent Manormrtis attraction.As we sat waiting outside the dull looking agricultural building, we couldn't help but ponder again - why the outside hasn't been themed as intricately as the inside. You don't notice it so much in the darkness of Halloween, but on a lighter evening such as the night we visited, the outside really looks like out of place.

But of course it is the inside that really matters, and upon entering, we were met with Dr Jekyll in his beautifully themed living room. At this point he explained to us about his new elixir. He wanted to show us how it worked and unveiled a man strapped to a chair. He fed the man the syrup, and within seconds he had started to disfigure and try to attack us.

This was the start of a mad dash through the house to try and escape. We experienced a number of different creatures throughout, with the most active of them jumping through windows and trying to grab us at every opportunity. Along the way, we found out more about the strange elixir and the dangers of it. We also soon learnt that lots of the staff had been trying little sips to see what it was like, and they in turn were also  "changing".  We needed to move quickly but the maze seemed to go on forever. Finally - just when we thought that we were close to getting out, the lights suddenly went out and Hyde was with us. The flashing lights and strobes of the finale, really allowed Hyde to get up close with his machete. Then as soon as he appeared, he was gone. A perfect ending to the show..

The whole maze from start to finish was flawless. The actors were amazing and the sets are stunning. The whole thing had been thought out very well, with some great jumps along the way.

We have made no secret of the fact that we just didn't "get" Snuffhouse Alone when we first visited. A number of the team have been through and have safe worded over the last year or so. But Blood Born, with its all female cast is the last version of the event before it is replaced by something new at Halloween. So we sent Amanda in on her own!

Warning - this review contains a full description of some of the things that Amanda experienced in the attraction. Please note that people of a sensitive disposition may not want to read further!

I was quite nervous on this one as I really didn't know what to expect at all. We had been told before hand that today was an all female cast, I didn't know if that was a good or bad thing!  As much as I love horror mazes,I knew quite evidently that this was not the horror I know.  With waiver signed and waiting in the queue line seeing former contestants come out wet and messed up, wasn't helping me nerves. All too soon it was my time to enter.

I crawled through the little hole in the door to be met with Mrs White. Dressed fully in black with just a white, almost purge style mask on, she really looked the part. I hardly had time to stand up before a black hood was thrust onto my head and I was ordered to put my arms out so she could guide me to my destiny. Seconds later I'm told to sit. Hood removed and then Mrs White starts telling me how I should almost worship her. This quickly escalates to talk of periods and before I know it, I have my head pulled back and am being force fed blood like "red liquid". I didn't comply and spat it straight out to then have the whole thing done again.

Once that was over I was then stood, masked and marched to the next room. Again I was hooded and told to sit in what was actually quite an impressive looking torture chair with a caged part for your head. I scrambled into this on order from Mrs White and then made to swear and repeat various extreme phrases.

Then it was food time, as a grim looking spoon full of food described as "abortion and womb lining" came. I spat it out before it hardly went in much to Mrs White's annoyance, who then proceeded to force feed me another spoonful Out of the chair I was ripped and again hooded into the next room. This time when unhooded, it was to a bucket of water full of "used" condoms. My head was thrust into the bucket without warning and then let up but within seconds was back in. I struggled to keep the "used" condom in my mouth, and was threatened that if I didn't I would have to face a clot filled tampon instead! I then was faced with Mrs Red who started shouting abuse at me, with Mrs White quickly joining in.

Finally, I was pulled away and ordered to lie on the floor and made to repeat various obscenities back to Mrs White who then proceeded to put a nappy on me before thrusting me out.... into the bar area.  I have to say, without a doubt the actors were flawless in what they did, and from what I saw of the sets, they looked really impressive too. I just found it all played a bit too much on the sex and vulgar side. Lots of people there really enjoyed it and went through numerous times but for me I'm afraid it's not my thing. I was far from afraid - I just found it vile and disgusting, but then isn't that what the producers were aiming for? In which case - mission accomplished! 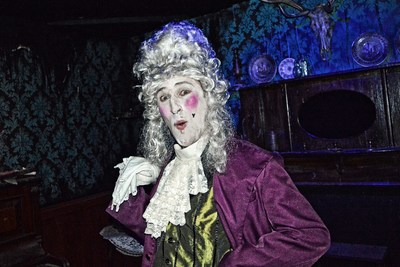 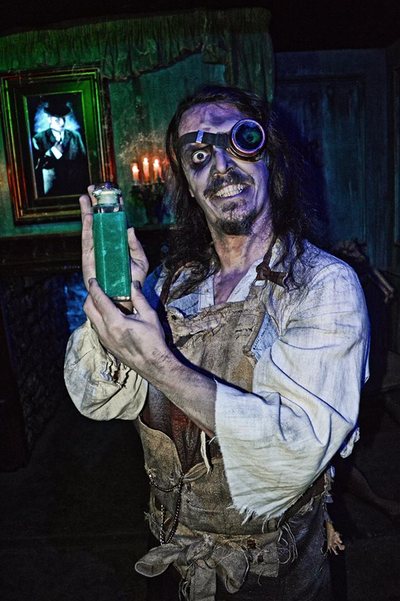 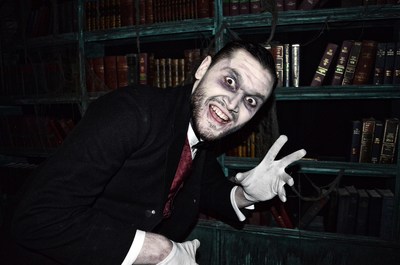 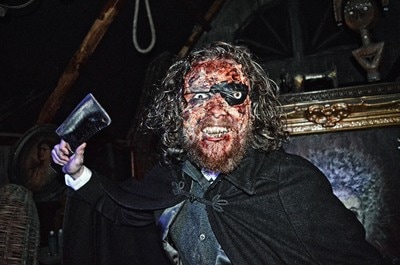 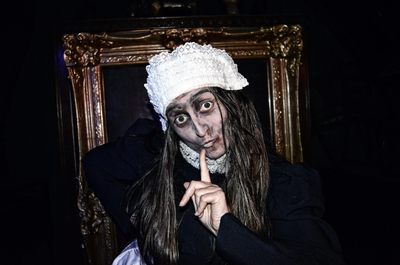 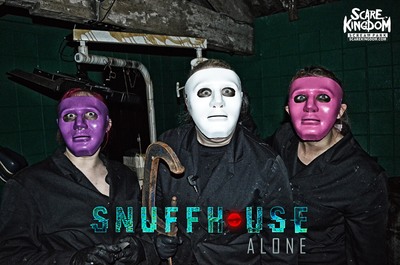