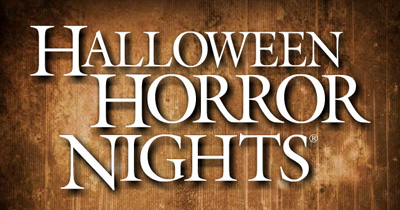 Halloween Horror Nights is arguably the biggest and most well known of all of Scare Attractions world wide. They not only have the budget but a massive collection of sets, props and costumes to really make your nightmares come to life.

It's been well documented online that 2012 was going to be a very different event. With the old Amity area of the park being turned into the speculated phase two of Wizarding World Of Harry Potter and one of the soundstages toward the front of the park being demolished making way for Transformers The Ride 3D, the dynamics of the event were clearly going to be very different.

For starters the park reduced the number of houses from 8 to 7 which caused a huge shock to fans of the event. Secondly Halloween Horror Nights brought in the introduction of roaming Scarezones with no safezones anywhere. Leading up to the event the internet was buzzing with speculation as to whether the park could pull it off or not. Initial reports were disappointing but we kept our hopes and our minds open to see what they'd come up with.

On entering, the buzz of excitement is electrifying and was second to none, the roaming hordes were loitering around the front of the park to welcome and terrify guests in equal measures. It was a nice touch and the sheer number of actors being used was really impressive and we had numerous scares within the space of a few minutes.

Our first stop was Universal's House of Horrors which was an instant hit. Such a basic concept and quite simplistic set design but with clever costume design and lighting meant the actors could literally get in your face unnoticed. Every scene inside the maze was strong and clever distractions and multi level scares meant we were always kept on our toes. The final scene felt like there were actors everywhere and the way the room was designed meant there was no escape. Easily one of the highlights of the event.

Next up was Alice Cooper: Welcome To My Nightmare, a rather short house in comparison but more elaborate set design and some really good fun scares which came out of nowhere made this an enoyable house.

Penn & Teller: Newkd Vegas was next on our list and as huge Penn and Teller fans we had high hopes for the maze. The 3D effect really messed with your senses and made things a lot scarier and although not one of the most terrifying of the mazes in the parks line up, the dark humour more than made up for it. One of the highlights of the maze was a laser lit section which was incredibly disorientating as we struggled to find our way out. We found that although great fun the first time through the maze didn't really stand up to multiple walk throughs but did find the 3D glasses helped make The Universal House Of Horrors maze even more terrifying!

Silent Hill had received an incredibly poor reception but we were eager to see how one of our favourite Survival Horror games would translate as an attraction. From start to finish we were blown away by the level of detail and just how they'd hit the nail on the head. The maze had obviously evolved since the start of the event and audio cues throughout the maze were hit time and time again. The maze design meant we were constantly questioning where the next scare would come from. Fans of the games would not be disappointed especially with characters like Pyramid Head and Bogeyman populating the maze. Easily one of the best mazes of the year.

Our pulses racing we hoped our next attraction would follow suit. Gothic quite simply did not disappoint from start to finish. A mixture of beautiful, intricate set design and some incredibly talented and insanely fast actors made this attraction the jewel in the crown of Halloween Horror Nights 2012. Actors on wires would literally throw themselves at us so close that we could feel their breath against our skin and in a split second would disappear again leaving us questioning what just happened. Multi level scares meant we were totally surrounded throughout the maze and there were absolutely no dead spots.

Dead End was the house I'd been personally looking forward to the most so naturally I had high expectations especially after such a great run through of Gothic. Unfortunately although utterly beautiful inside, the maze was let down by a lack of actors and lack of scares. The only highlight through the maze was the bathroom scene where three actors would work together for a very well timed multi-scare. Further run throughs felt bland and uneventful which was a shame for such an incredibly beautiful maze.

Our final maze was easily the biggest draw of the event,The Walking Dead, and was understandably attracting massive queues. The maze had been the centre of most media attention and promotion for the event so needed to be incredible. Unfortunately the maze simply didn't work. The pure nature of the Zombies in the show mean that the actors can't move quick enough and with the poor maze design which was too open in many places it meant that actors had no camouflage and couldn't create an impact scare either. We saw several actors who understandably just looked bored. The only saving grace for the maze was the scarezone which followed on from the maze which seemed to have far more impact than the maze itself.

If you've ever visited Halloween Horror Nights, you'll know that the Bill and Ted live show is a must, it attracts big crowds and unless you're there early you risk being turned away. The usual mix of pop cultural references didn't disappoint although we felt that some of them could have been a bit too specific this year for international spectators - quite a few of the crowd seemed to have as much trouble as us keeping up with the action.

The 20 Penny Circus was a new show for 2012, a mixture of edgy magic and adult humour felt like a welcome addition to the Halloween Horror Nights line-up. Some jaw-dropping tricks left us questioning how what we'd seen was possible and left us with a huge smile on our faces.

So that just leaves the Roaming Hordes. In the past, the elaborate set pieces in the streets have been impressive but this years one big scarezone concept meant that we were constantly on the lookout. On numerous occasions we noticed customers in restaurants and shops throughout the park being chased around by the actors. The sheer number of actors meant that the park felt full. Our favourites, the Vampires and Prisoners made excellent use of the space and were a hit with everyone. The Traditionals and The Iniquitus however did feel like more stagnant as people posed with them for photographs. All in all though we felt the roaming scarezone concept was a real winner for Universal and one which we hope to see grow next year.

After months of speculation and excitement as to what the event would or would not bring, Halloween Horror Nights is over for another year and in our honest opinion despite the loss of a house and one or two disappointing mazes, Universal did a great job of producing another high quality attraction. No matter how much goes into the event it's rare that you're going to get everything utterly perfect and there were certainly more positives over negatives but how would it compare to Florida's other big Halloween events ? Watch this space. 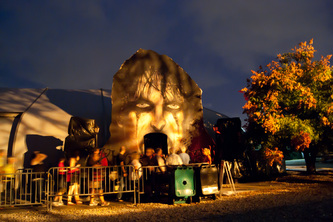 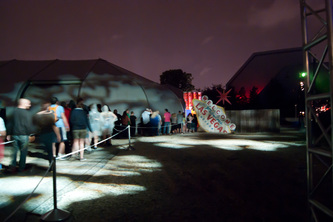 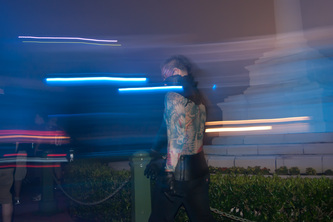 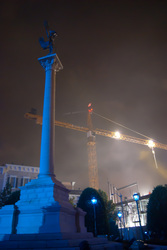 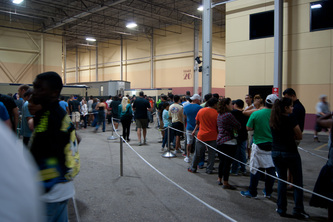 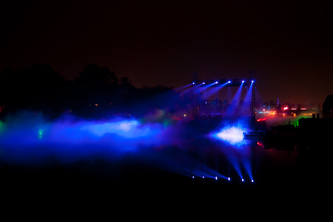 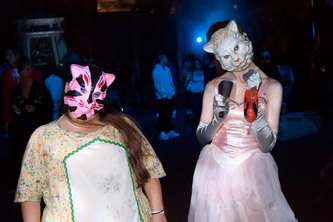 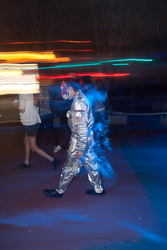 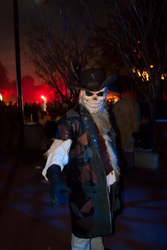 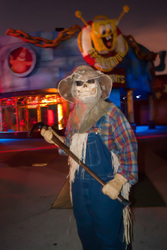 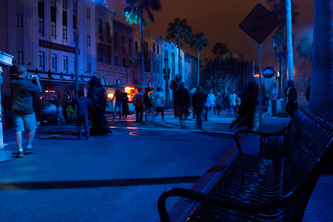 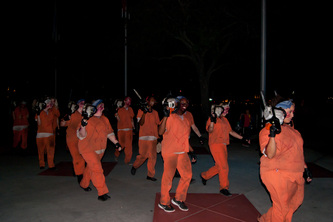 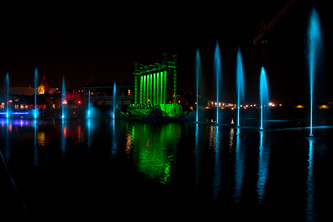 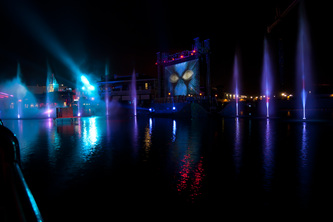 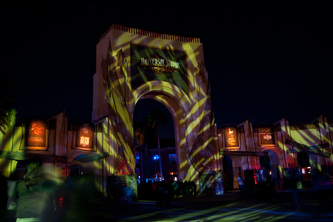 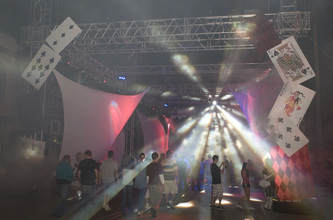 Also visited Halloween Horror Nights or any other attractions? - tell us what you thought here