There have been numerous US based documentaries about the American scare attraction industry, so we were genuinely excited when Dan Brownlie announced a new film, solely focused on the rapidly expanding UK scene. The documentary gets its UK premiere this weekend at the Mexborough Business Centre, in association with Faceless Ventures, but last month we were treated to a sneak preview.

As with most documentaries, the film takes the format of multiple talking head interviews, interspersed with footage from different attractions and players in the scare attraction industry. It is here that we probably felt the movie should have reached out to more attractions across the UK, as the footage is quite specific to a number of core attractions and we would have loved to have seen more detail from some of the larger UK events and/or the corporate theme parks. The focus on a handful of attractions, does limit the scope of the movie, but Dan handles all the interviews and footage well.

Of course, like many US documentaries before it, the movie does get drawn to the more sensationalised aspects of the industry and does spend a lot of time talking to the creators (and survivors) of some of the more extreme ends of the business. We understand why documentary makers focus on these attractions, but they are a very small part of a massive multi million pound industry and there is always the chance that these extreme elements could put people off from the more populated experiences, that focus more on entertainment.

The movie itself certainly tries to cover all aspects of the industry and would be fascinating to someone who wonders why we do what we do (and why we love being scared). As owner of ScareTOUR and ScareCON, I didn't learn anything new from watching the movie, but certainly enjoyed seeing some behind the scenes shots and hearing what some Halloween creators think.

Also - I have to comment on the term "haunters", which is something we made a conscious decision to distance ourselves from as an industry. The term feels completely out of place in the movie, as generally we call everything a "scare attraction" or "scare maze" and avoid the paranormal implication of the word haunted. We understand this will get screenings in the US, but wish more was made of the descriptive difference between us and America.

All in this really is an intriguing behind the screams peek at an ever growing community of scarers, and we think that Dan really gets under the skin of the UK scare scene, by showcasing the variety of scare entertainment in the UK. We did find the final reel to be a bit out of place with the rest of the movie. It wasn't quite a "jumping the shark" moment but we felt the documentary tried too hard to go out on a bang, and could actually stand tall on its merit alone! But saying that - we would definitely recommend giving it a watch! 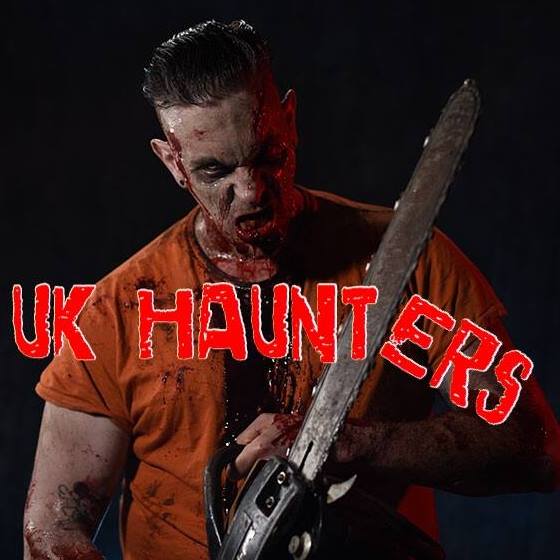