Having experienced several of Tulleys' escape rooms before, we were excited to finally take on Dodge City, as we had heard so much about it beforehand. Praised by just about everyone for its immersive theming and detailed story, the escape room has a reputation for being pretty hard to escape from. Even more so as a group of just two!

But we aren't afraid of a challenge, and soon found ourselves separated in two different jail cells, and desperately searching for the first clues to aide our escape. From there on in our experience consisted of puzzle after puzzle, with so many secrets and reveals along the way. We really don't want to ruin any of the surprises, but Dodge City really is the game that keeps on giving. Every time we felt we were potentially close to coming to the end, something would happen that reveal another set of new puzzles and contraptions. Like Tulleys other rooms, the clues and puzzles are a mix of padlocks, maglocks and proximity sensors and there is such a variety of different games, that you could never get bored in this room.

So how did we get on? Well you can see from the picture that we escaped and got to discover the whole experience, but it wasn't easy. We definitely needed some in - game advice from Dolores our game host, who was delightfully played by Michelle (who incidentally we found out we had seen before as a twerking nun of the hayride at Shocktoberfest!)

One final thing - we played this game during the Coronavirus pandemic and at all times felt completely protected and safe whilst playing the game. Tulleys have made a real effort to stagger groups, so communal areas are kept clear, and with good sanitising throughout the venue and face covered staff - it was nice to be able to have played knowing that the venue are taking the regulations seriously.

So if you are looking for a fun and challenging experience in a wonderfully themed environment, then we would highly recommend Tulleys Escape. We will definitely be back - especially as they have two new rooms coming online soon! 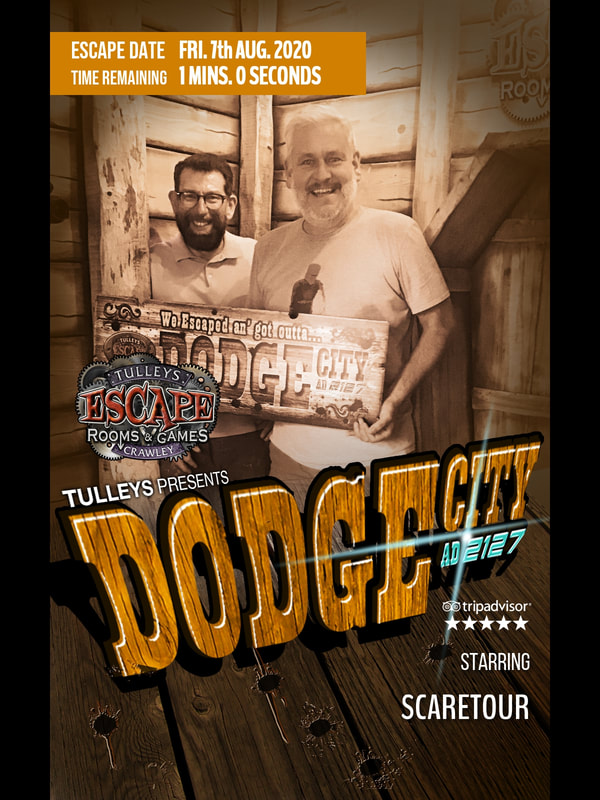 Whilst visiting for the annual Shocktoberfest, we knew we had to experience one of Tulleys latest ventures – Tulleys Escape. Although neither of the rooms are based on horror scenarios or are intended to be scary, we have really gotten the bug for room escapes, and wanted to see if the team could bring the Tulleys ethos to a new form of entertainment. We weren’t disappointed.

As we entered the first room of Outfitters, we were immediately taken back to 20’s Chicago. The theming alone would put most room escapes to shame, and as we started to explore our surroundings it soon became clear that there were lots of hidden surprises waiting for us.  It can sometimes be a bit daunting to walk into a room and be confronted with hundreds of padlocks, so it was really refreshing to just find one. Each other trick or puzzle needed different styles to solve, including quite a few devious manipulation or placement of objects. Clearly no expense has been spared building this room, and as it slowly revealed more and more gameplay to us, we were constantly in awe at the different puzzle elements throughout.

As with any room escape experience, some of the clues/puzzles we solved immediately, where others required gentle prompting (or at times a straight clue given by the game host). This mix of easy and hard worked well as we made our way back round the room(s), making sure we used every element we found along the way. We loved that the gameplay wasn’t always linear, and sometimes items found early on in the game formed part of a later puzzle.

We played Outfitters as a team of 8 and just managed to escape with a few minuted to spare. Certainly, we were busy during the whole hour so were grateful for having a large group so we could work on puzzles independently.

Everything about The Outfitters oozed class. We loved the elaborate sets, the clever tricks and the involving storyline that had us gripped from beginning to end. Having escaped this room, we wanted to run straight round to try out Mutiny – their pirate themed room – but sadly the room was already booked up!
​
So, although it isn’t a scare related we can’t recommend Tulleys Escape high enough. If you are looking for an incredible room escape experience that will test you throughout and still leave you wanting more, then you need to book a room now. We guarantee you’ll have a blast! 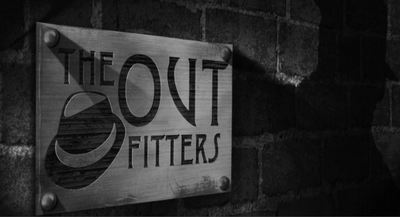 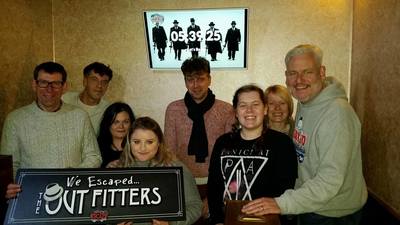