Trapp’d Escape rooms have always been on the itinerary for ScareTOUR and you can see our reviews of other rooms below. This Halloween we were to encounter Abigail, a story of a child who was tragically killed in a fire, following years of abuse from her parents. We as paranormal investigators were to visit the house to look into various disappearances of others who have previously entered.

Once inside, the initial room had several puzzles that we were able to solve quickly. However, the flow of the game slowed down once the lights were turned off and we had to work as a team using only one torch and moving between different rooms. This game heavily relied upon teamwork and having to be in separate rooms really helped build the already tense atmosphere.

The puzzles themselves were very clear with what we needed to do to get to the next point of the game and they were also very well themed with the story of the room. Our teamwork and dedication to getting away from creepy dolls meant we got out with 10 minutes left to spare.

Trapp’d once again had the ScareTOUR team terrified but definitely wanting to visit again! 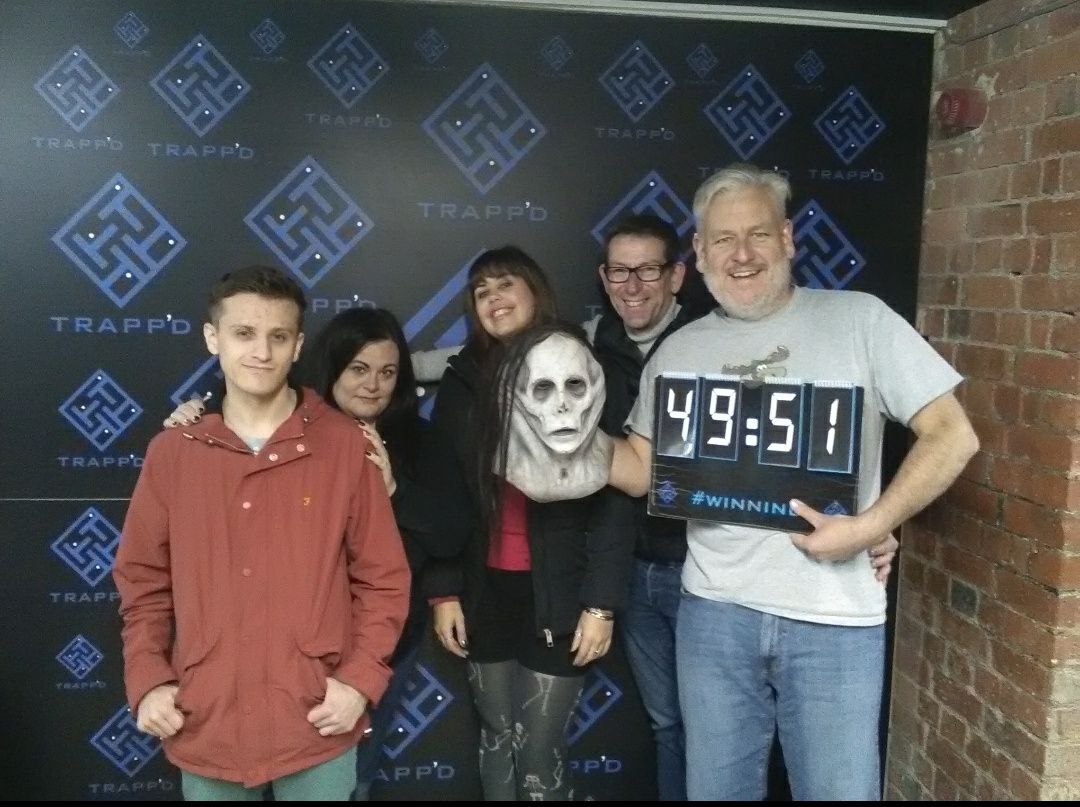 After screaming our way round Motel earlier in the year, we knew our Halloween itinerary wouldn't be complete without a return to Trapp'd in Northamptonshire, and after perusing the multiple rooms available, we knew that anything that carried a warning about dark satanic content, would be right up our street.

As usual - the least known about the room the better, so we went in pretty blind (literally blindfolded!) and soon started on a quest to escape and find our missing friend.

Most of the clues were clever and literal and the gameplay was quite linear in the way certain things unlocked the next task that all built up to the big conclusion. As with any escape room adventure, some puzzles were harder than others and being complete technophobes who cant stand Apple products, one of us would rather have stamped on the Iphone rather than struggle to get it to do what we wanted it to!

We needed a couple of clues along the way (especially when we all argued with the game host that there was nothing there when we had all just skirted past it multiple times) and we also had a complete breakdown of communication between the team that left us snapping at each other while trying to sort a directional lock!

One final thing that really impressed us about this room were the scare elements. We wont spoil anything, but we all screamed and jumped multiple times throughout the 50 minutes and we're sure the team were just having fun at our expense! It was all great fun looking back, but at the time we were so genuinely scared that one of the team ran across the room in fright!

So once again- another fantastic escape room from Trappd. We can't wait to get back and try some more... 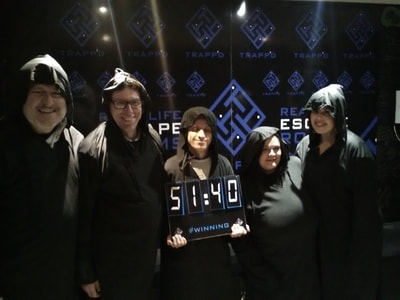 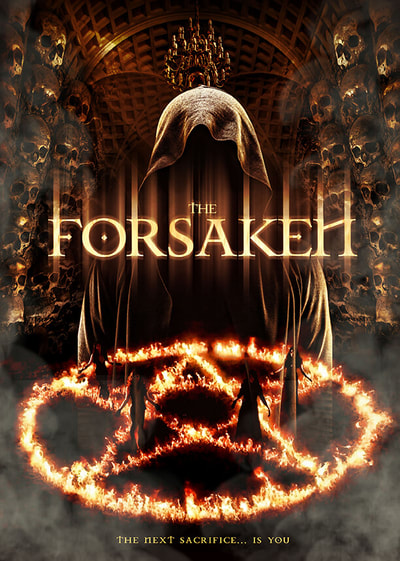 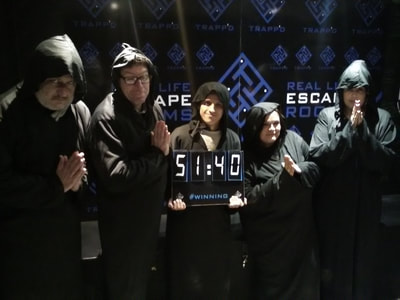 We have said this many times before when reviewing room escape adventures, but it is going to be hard to write too much about this room without giving anything away.

The back-story tells of an abandoned motel, which appears to be the lair of a serial killer. A young woman has gone missing and we have decided to check in to the room she was abducted from. As we checked in – the room was dirty and dingy and as the door shut behind us – our hour had started.

As usual – our first task was to look everywhere and slowly the clues appeared that would help us progress through the experience. Game-play was actually quite linear throughout, with most elements advancing the story and helping us move on to the next problem. There were also some obvious puzzle type pieces that we needed to collect as we went along, which kept us constantly searching for more items.

We also liked that things found earlier in the game, which originally seemed redundant, suddenly came into their own when trying to solve a later conundrum. We found ourselves backwards and forwards between scenes, which added great tension to our experience. The puzzles themselves were a great mix of practical effects, clue solving, padlocks and more, and had us thinking and working in some unique ways.

Of course – being a horror themed room escape, there were many scare elements throughout the game, and we found ourselves genuinely screaming at multiple surprises along the way. We do not want to spoil anything but as we got closer to getting the final key, the team at Trapped certainly threw everything at us. The finale was as chaotic as it was terrifying!

Amazingly, we got out in just over 45 minutes. Even now we are not quite sure how. We needed a clue on one particular puzzle, but with a bit of luck and determination we powered through the rest of them. One of the interesting things was the lack of clock during the game so we had no idea how much time we had left and we are sure this just added to the panic.

All in – we absolutely loved Motel by Trapp’d. This was their main “scare” room but the attention to detail and cleverness of the puzzles throughout, have made us really want to try out some of their other rooms. Maybe we won’t scream as much in those! 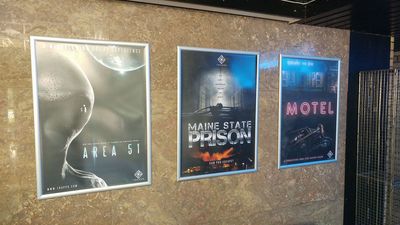 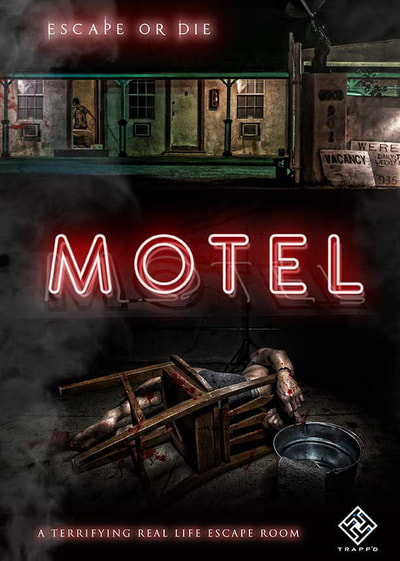 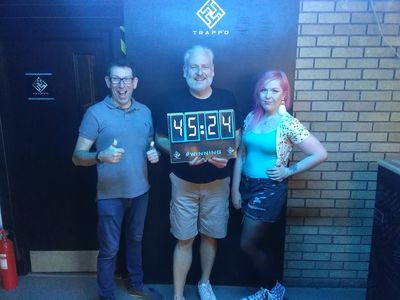