Review - The Incubus at Vault Festival 2019

Tom Sawyer Effect are back at the Vaults Festival with another experience mixing virtual reality with live performance. Compared to The Pendulum, Incubus was more unsettling rather than terrifying, but still managed to leave us hunched up in the wheelchair at times, trying to avoid some unreal assailant!

The experience opened in a quite bright and open virtual reality world where we were gently lulled into a false sense of security. The host may have seemed friendly but there was definitely some underlying tension, and the occasional bursts of static hinted at something more sinister. Tactical effects joined the VR to try and fool our senses, and the story soon took a darker turn.

Suddenly, we were told to remove the headset and continue through the attraction alone. A daunting prospect as we had just seen what was down this corridor in our headset, should we really venture towards the danger? Our only other option being to say a safe word and be removed.

Later scenes included some more VR and a definite ramping up of tension, especially as the main protagonist seemed to have the ability to just appear out of nowhere! As the show finished we were forced to reveal our true selves in a clever twist on the whole experience.

Personally we preferred the Pendulum in terms of a story telling experience, but there is no denying that the team have created an immersive and personal show that stayed with us for quite a while, even after we had returned to the real world and left the event.

​We cant wait to see what the team bring to the event next year! 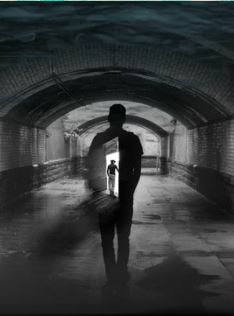 ​Review - The Pendulum by The Tom Sawyer Effect

When the Vaults Festival line-up was revealed for the iconic venue under Waterloo station, the first thing we did was scan for anything potentially horror related. Alongside the theatre shoes and immersive experiences, one name stood out as being potentially the scariest thing there – The Pendulum by The Tom Sawyer Effect. Described as a “hyperactive reality horror experience blending virtual reality with immersive theatre”, we were intrigued immediately and made sure if was on our agenda for our upcoming trip to London.

The pre-show hype managed to keep a lot of the back-story a secret, but now the show has closed we can reveal that the whole piece was designed as a solo experience where we took the part of a secret agent being subjected to an extended period of interrogation. Our interrogators wanted information and of course we had nothing to give (well unless you consider the safe word we were given to end the experience if it got too much!)

In some VR scenarios - the getting in and out of the headset breaks a lot of the illusion of the story, but with The Pendulum, the headset was deemed as punishment for us not relinquishing our secrets. Which made the headset part of the story, and not just a device to show us the VR segments at random times.

As you would expect – once in the VR world, there were a number of scary scenarios and jumps, which the team augmented with smells and a few tactile effects. Certainly, the sound within the Pendulum was all immersive, really adding to the tension of the overall experience.

For a show mixing both live immersiveness (is that a word?) with a VR world, we found the whole story hung together really well to make a cohesive experience that definitely left us wanting more. It certainly had some intense and scary moments and some people may not have liked the idea of being hooded and tied to a chair, but it was tastefully done and really added to the whole experience.

We hope that The Pendulum may crop up again at a future event, as we think it deserves to be seen by even more people. It certainly showed that VR has a place in the world of scare, and we cannot wait to see what happens, as this form of technology continues to advance. 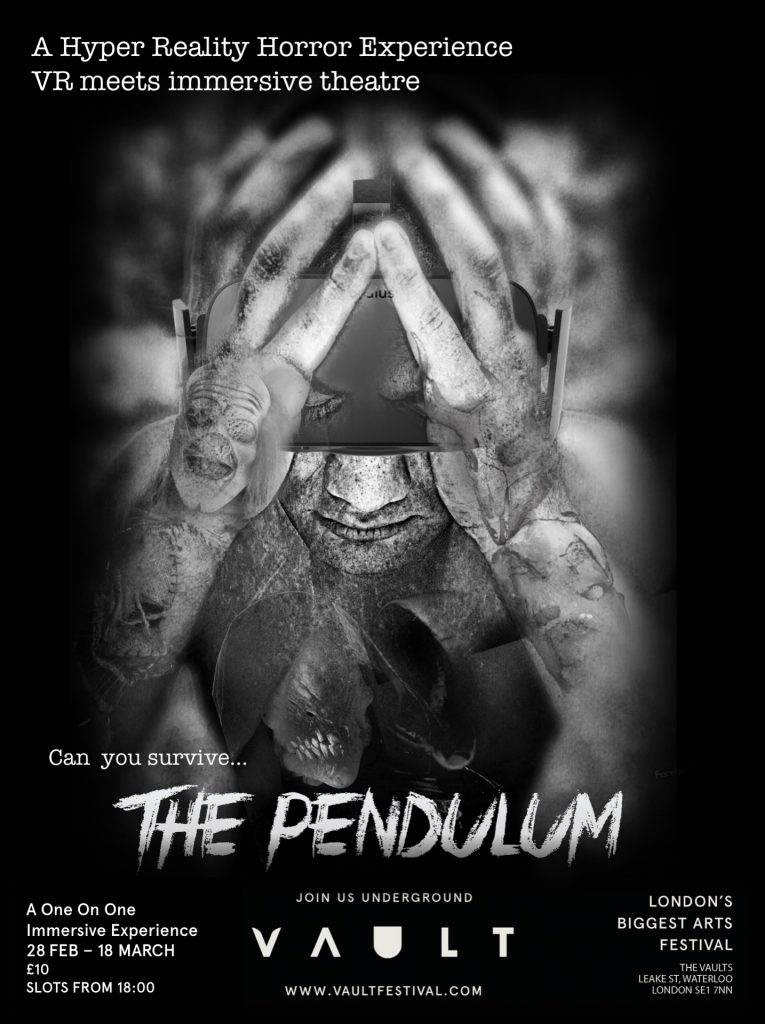