Editors Note: Since we first write this review, the attraction now has a main entrance on the Royal Mile and has been extended with a new exhibition room. 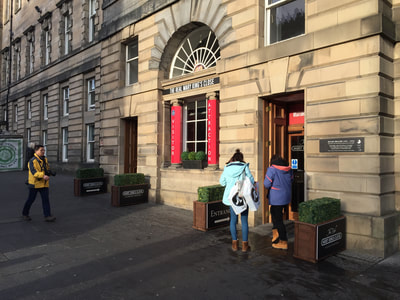 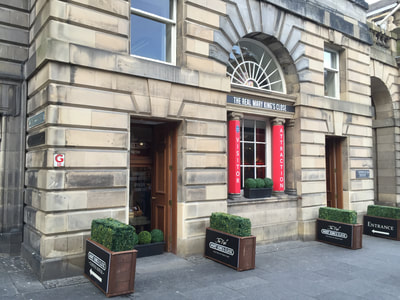 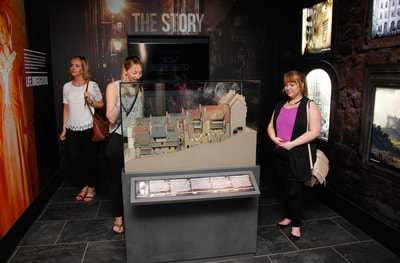 Edinburgh is a fascinating city with historical sights around every corner. But sometimes, it’s not what you can see but what you can’t see, that counts. One of the most impressive ‘hidden sights’ is The Real Mary King’s Close,  and ‘hidden’ describes this attraction very well. We walked past it three times before finding it tucked away down one of Edinburgh’s dark and foreboding closes!

The first misnomer to clear up is that Mary King’s Close is NOT an underground city, but is in fact some streets “underneath” another building.

In the 17th century, the city council were looking for a new site for the Royal Exchange building and a place on the Royal Mile opposite St Giles Cathedral was ideal. The problem was, a number of original streets (or closes as they are called) already existed. Instead of demolishing and constructing from scratch, these existing houses were used as foundations for the new building above. Due to the descent of the close, some buildings were demolished down to their foundations while at the bottom of the hill, whole houses were buried intact.

Led by a costumed guide, The Real Mary King’s Close tour takes you on a winding trip from ground level through 3 different closes, finishing in Mary King’s, the most complete existing close from the old days. As guests descend lower and lower, they see more and more of how people lived in the past. Although no body lived here when it was ‘underground’, you really do get a feel for what life must have been like back then. 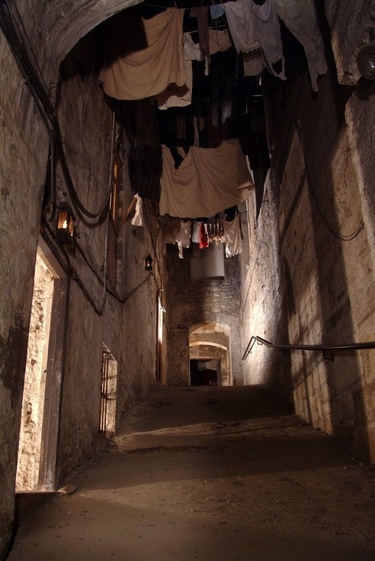 Looking up Mary King's Close
While not a traditional scare attraction or ghost tour, the attraction is incredibly atmospheric and tableaux of the plague and stories of the past are certainly unnerving. About halfway through the tour we are treated to a ghost story which actually had everyone’s nerves on edge Utilising lighting effects, and dimensional sound, the effect is actually quite unsettling in the dark and with the addition of a few extra “special effects” from the tour guide we were all pleased when the lights finally came back on properly.

This short scare story shows that the attraction would make a fascinating venue for a real actor based scare attraction - if you could get over the health and safety issues of the low roof and wet sloping floors! As such, the controlled theatrical way in which the tours are given creates a truly historical record of times gone by.

The Close, like many old historical sites, has become shrouded in myths and urban legends. Tales of ghosts and murders, and myths of plague victims being walled up and left to die are very common. On the tour we were taken to a ‘shrine’ to a little girl ghost who has been seen in one particular room by many people. We were warned to look out for a small grab of the hand as we left the room as Annie doesn’t like being on her own. We saw nothing that we couldn’t explain but the attraction has been the site of many televised paranormal programmes in the past.

The tour ended with a walk back up the steep original Mary King’s Close to return back to the present day (and the gift shop!)

The tour is a fascinating historical account of life in old Edinburgh and actually quite sensibly plays down the paranormal element to focus on educating rather than scaring.  So if you are looking to be scared witless then the tour isn’t for you; if you want a fun and informative experience with a couple of chills along the way, then we would highly recommend you visit. 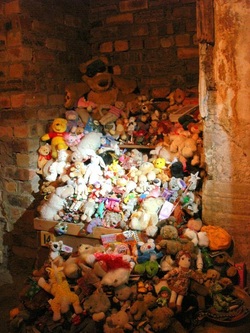 The shrine to Annie
The Real Mary King's Close is open daily and can be found on the Royal Mile opposite St Giles Cathedral.Tours run daily and advance booking is recommended.