Zombie survival events are popping up all over the UK faster than coffee houses on the high street! But what sets them apart from each other? Well that’s what we were just about to find out when we went along to experience Tulleys Farm’s new zombie survival event THE HUNTED.

Not too sure what to expect, so I just thought that a pair of jeans, coat and trainers would suffice  “oh and my asthma pump”. Will I really be running, crawling, out of breath and screaming for my life from infected zombies? Surely not! With anticipation and butterflies in my belly I made my way to Tulleys to be greeted by military core “Black Fox” .

Even from the start we could tell that this event was going to be something special. With armed Black Fox military core ushering you in to be signed up and given your plethora of stun grenades and smoke bombs, tension built within the queue line. Soon. it was mission time; we were given our team names and a map of 20 individually marked areas within the forest and surrounding areas. The premise was simple… go to each location on the map, find a decontamination bag with our team name on and inside will be a code and radio it in to head control. Whilst doing this whatever you do “don’t be caught by the infected, If you do? You too will be infected with the virus”.

Yes, it's the story line we’ve heard a thousand times but it really did feel like we were at the beginning of a zombie apocalypse film. We made our way to the battleground in tractor trailers cleverly designed as military vehicles and the tension was unbearable  as we heard the distant sound of infected humans being dealt with by the military and smoke bombs filling the air! Where were we? The whole build up was so dramatic and really set up the chase event that was to come. Once the trailer finally stopped it was time to get out into the infected zone and find our first code. We re-grouped and ran into the forest while smoke filled the air and distant explosions added to the atmosphere.

What came next was three hours of non-stop pure adrenalin action. We don’t want to give too much away but each area where we needed to find our next code was beautifully thought out and executed, that it really felt real. From the bunker scene, where as a team we had to work together to get past the zombie who lurked within it, through to the hospital ward that had us literally running for our lives! Each themed area had us working as a team to get the objective and avoid being caught!

And then there were the zombies. The clever thing about this event is that if you didn't want to play as a punter you could sign up to be a zombie and attack the living. And attack they did. It was also lovely to see different age ranges within the acting team. This made it feel even more realistic, and as for the younger members of the infected population, my god can they run. At different points I found my self-trying to hide in the long grass just to be caught out by a zombie running past attacking another member of the public. But did I myself get infected? Well I thought I was doing incredibly well dodging and diving from a barrage of infected until one momentary lack of concentration put me face to face with a totally demented zombie. This guy really knew how to run, so what did we do? Well we lured him towards us sparking a flash grenade and threw it a couple of feet in front of him. He went down to the ground and we made a run for it. Chuckling like little school kids who have just bunked off school, in my head I thought I would just jump over him like some kind of hero. But just as I reached the air the crazy zombie put his hand up and just touched my coat. Was I infected and doomed for eternity? Only time would tell. By this point in the game I drastically searched for my Asthma pump just to realize that I had actually left it at home!

By now I was seriously lacking any ability to run and it felt like I had just completed the escalator at the end of Gladiators.  This event really needs to put a disclaimer that reads something like “If your fat and unhealthy we recommend staying at home” I don’t think I have ran that much since we were kids, Heaven knows what we would be like in a real zombie apocalypse!

And this was just the half way spot. Yes there was more! A quad bike ride through the woods, more incredibly thought out areas and a fantastic finale all added to the incredible things we had already experienced. By the time we were scanned for signs of infection at the end of the event we were totally exhausted.

The whole event was very cleverly done and felt believable from start to finish. It was certainly one of the most physical events we have done and the different scenes and exciting ideas throughout the experience were certainly refreshing and different. Congratulations to Chris Colin for creating this exciting new event  and with more planned nights of “The Hunted” for next year I have a feeling the public will be running and screaming to grab a ticket.
All pictures by Stephen Candy Photography for Tulleys Farm. 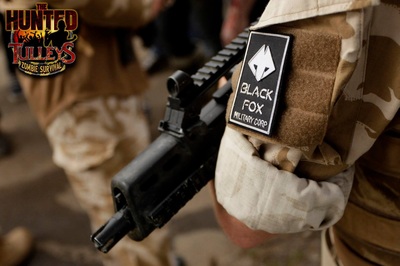 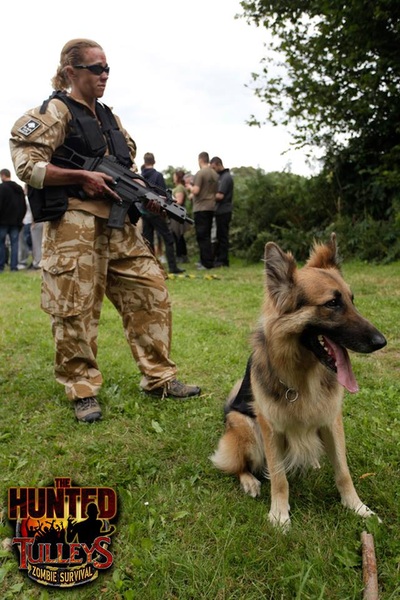 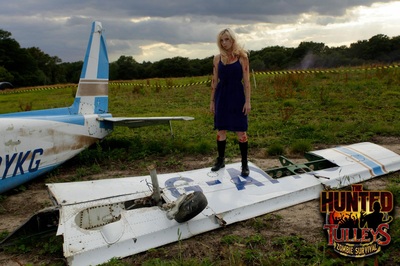 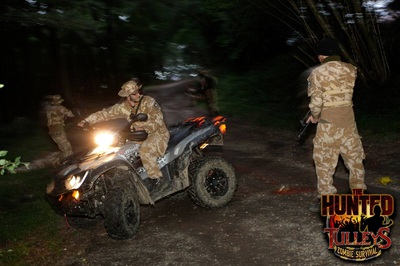 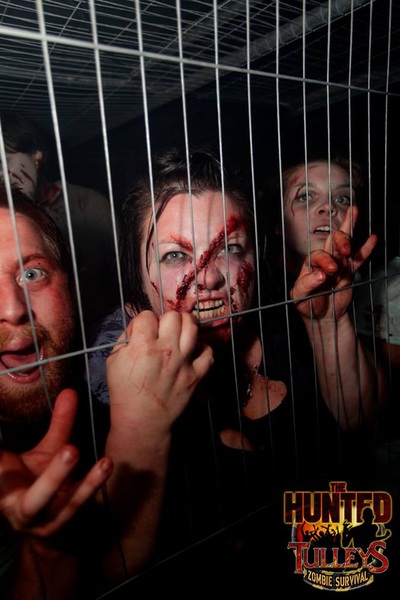 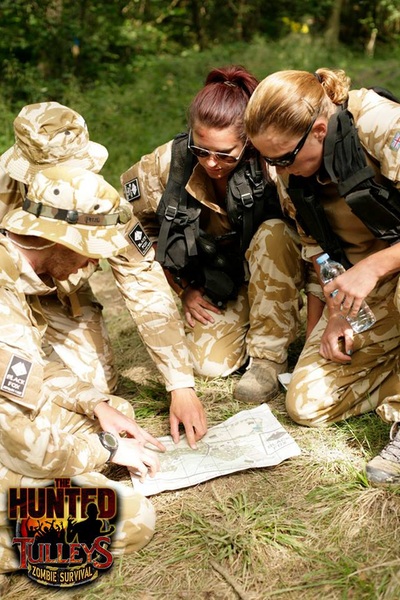 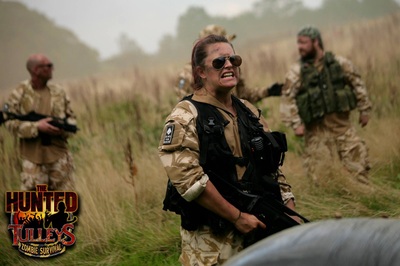 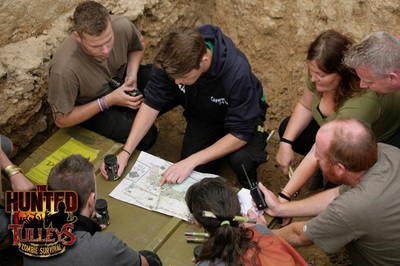 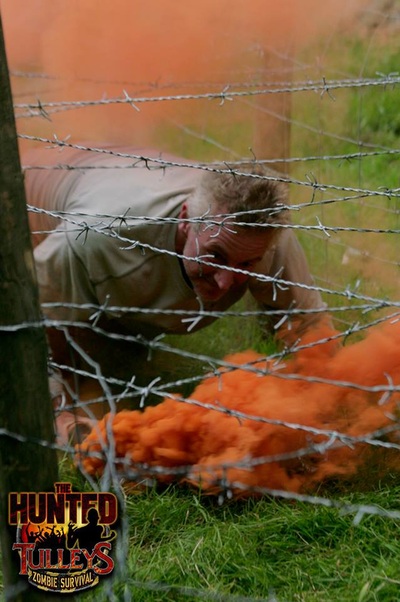