Warwick Castle's Halloween event – The Haunted Castle has been running for several years, but this was the first year that the castle has remained open until 9pm. As the night got darker, the spooky lighting on the castle itself was particularly impressive and with ominous music and sound effects booming throughout, the whole place had a really spooky atmosphere.

Around the venue were a number of extra Halloween characters including the mad professor mixing up all manner of horrible smells in the Mill House as well as a fascinating exhibit on some of the paranormal experiences that have reputedly haunted the castle over the years. 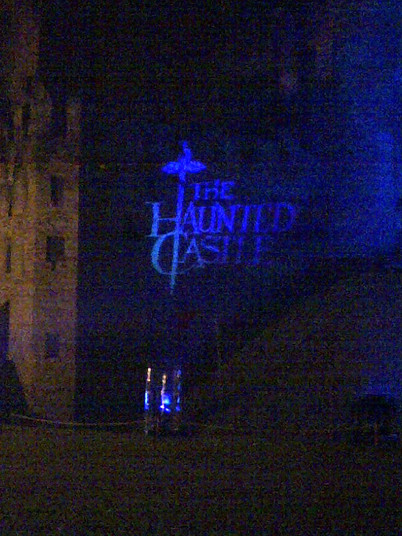 The Haunted Hollows is a temporary attraction built on a usually hidden path in the castle grounds. The walk takes guests through a number of different rooms of a castle with some detailed sets round each corner. Spookily lit and with strategically placed smoke machines, our walk through the Hollows was filled with anticipation – we kept expecting something or someone to jump out at us, but nothing did. We thought that this might have been a “less scary by day” version of the attraction but later that night the Hollows remained unpopulated throughout which was a shame. We understand that this is intended for younger guests but the fun actors that populated the maze in 2010 gave the attraction more life. 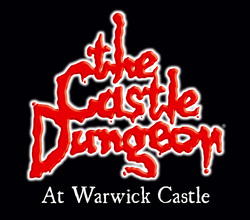 We have previously reported that this year’s new show – Witches of Warwick is one of the scariest things at any of the Dungeon attractions in the UK. So how could they make the whole experience “even scarier after dark”?

The tour remained identical to the normal experience with the usual mix of gory history mixed with gruesome horror. But with a few extra touches along the way. We saw probably 2 or 3 more actors than would normally be around and they managed to get a number of good startle scares from us – especially in the mirror maze segment.

As the park was so quiet – it was nice to experience the Dungeon as just a group of just 7 people – it kept the whole thing more intimate throughout and  it was certainly the best run through the Castle Dungeon we have ever experienced.

Seance: The Curse of Mary Black 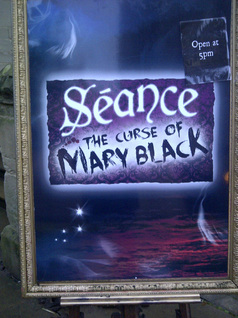 Séance is a strange attraction as it is more of a ghost walk than a scare attraction per se. Saying that – the opening room sets up an interesting back story and we were guided round the house visiting several of the key scenes featured in the opening video. The effects, although simple had a lot of people jumping and nervous and an effective bit of distraction/blinding with a torch created a real shock that actually sent a shiver down the spine. Upstairs things descended into basic door banging and handle rattling but with an effective soundtrack and a few sudden appearances, left most of the group nervous. By the time we got to the final room – a number of our group had “genuinely” asked to leave (the least said about the over acting of a plant in an earlier scene – the better!)

The finale was a combination of darkness, sound effects, sudden appearances and more darkness. We cant actually stress enough quite how dark this room was and having seen a number of Mary Black’s approaching us from all angles it was really disconcerting to not know where to go until the guide shone his torch towards an unseen exit door.

Séance has had quite a mixed reaction. Certainly the group we were batched with all got into the spirit of and really enjoyed the show for what it was. It’s not the scariest attraction out there but does try to do something a bit more different and unique than a regular scare attraction. What actually saved the show is the fact it's all held in, what is allegedly, a genuinely haunted castle, and at times our imaginations were stronger (if not even stronger) than anything the design team had created!
The Haunted Castle event is the perfect way to celebrate Halloween across a whole attraction. The extra after dark shows gave a scarier edge to the whole experience but did mean that large queues formed at 5pm when they opened (especially at Séance which was included in the entrance price, unlike Dungeon which is a ticket upgrade) On their own – the scare events are unlikely to win any awards but as part of a complete event – we certainly enjoyed both the Dungeon and The Séance.

Also visited The Haunted Castle or any other events this year?  - tell us what you thought here