The Exorcist at Birmingham Repertory Theatre

The Exorcist. Two words that send chills down the spine of any horror fan.  The hit movie, based on the bestselling novel by William Peter Blatty, (itself allegedly based on a true story) was so shocking that for years it was denied a home movie release. Even now, the subject of a pre-pubescent teenage girl being possessed by the devil, remains generally terrifying - despite the fact that it has been lampooned and copied so mercilessly since.

So it is no mean feat to turn one of modern day's most controversial movies into a 2 hour stage production. Especially as there are certain iconic moments that the audience are going to want to see recreated. After all - it wouldn't be The Exorcist without a bit of projectile vomiting and head spinning!

Fortunately for the horror hounds amongst the audience - all these effects are present along with many more, that will leave theatre goers amazed as to what they are seeing performed live in front of them. The practical set is large and roomy and is utilised in a number of different ways as characters move around the rooms. The show also uses some incredible projection effects to add extra impact to certain moments, and the co-ordination between live actor and projected effects is spot on. Also, the main stage lightning is used effectively across the large stage to focus audience attention where required, leaving large periods of ominous darkness around the edges.

The play itself by John Pielmeir, is funnier than you would expect from such a grave subject matter, and there are some very witty one liners which act as a great counterpoint for the terror happening in the bedroom next door, The cast pull off a sterling job amongst the technical bravado and are never upstaged by the effects or scenery around them. Clare Louise Connolly admirably pulls off the multiple roles of Regan, and Adam Garcia plays Father Karras with an confused detachment, until he is forced to confront the truth in front of him. Tristram Wymark as Burke milks the laughs where he can and Jenny Seagrove is believable as the despairing mother. Unfortunately - the play requires American accents across all the cast, and with a high volume of dialogue, Seagrove's voice does tend to grind after a while. As the other main character, Peter Bowles as Father Merrin has little to do until the end (fortunately the long movie epilogue set in Iraq, is reduced to two small cameos and the action moves straight to the house).

By adapting from the book as opposed to the film, there are also some classic lines that have been rewritten. The script refers to them in different ways, but when the devil is taunting Father Karras at what his dead mother is now doing, we're waiting to hear "your mother sucks ***** in hell" and not the insult that is hurled. It's not as if the play is trying to avoid the swear words, as there are plenty of them throughout the whole show - it is just clearly presenting its own version of events.

Of course most educated readers will know The Exorcist is a not a film about a possessed child but a study in grief, faith and morality, and this new production really highlights the mental torture that Father Karras is putting himself through. In fact all the characters go through a similar journey of turmoil and discovery, and although some may not make it out alive - everyone has an important journey to complete.

This new production of The Exorcist, has so many unique elements including directional sound, projection and physical effects and a very strong cast, which all add up to create a uniquely believable experience. The show is thought provoking, challenging, horrific, amusing and gross - all at the same time, and really deserves to be seen while it is still on, whether you know the original movie or not. 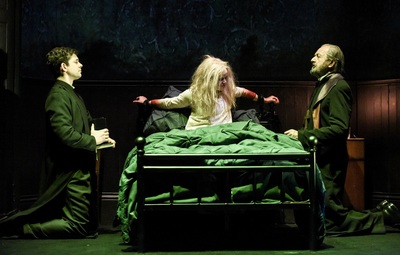 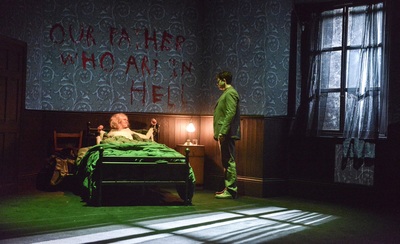 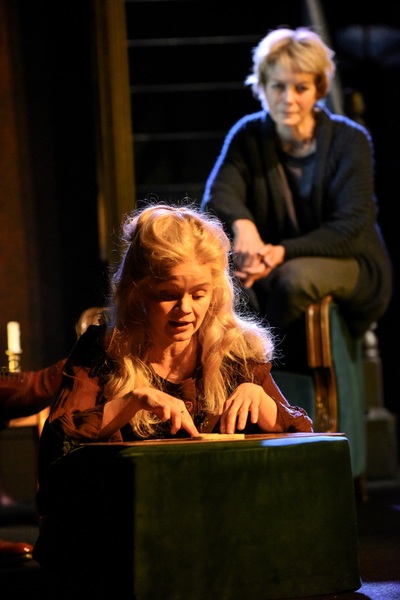 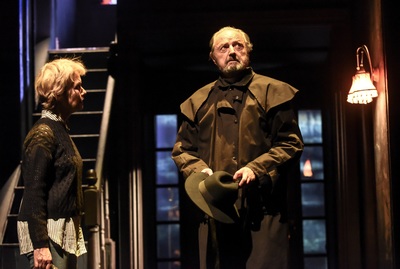 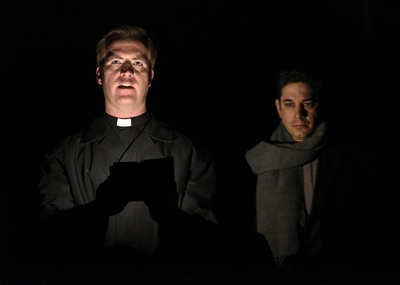 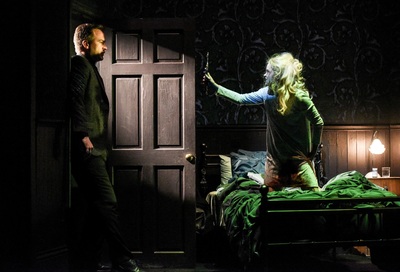 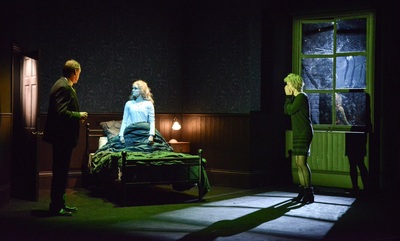