The Creep is one of the newest of the North West haunts and is now init's second year and we were eager to see what this young, energetic crew of actors had to offer. In typical British seaside fashion - we arrived with the rain crashing down and the Fort at Perch Rock looked really imposing; as the wind swept across the sea, it was reminiscent of a classic horror movie.

It's obvious from the start that a tent has been constructed in the middle of the fort and our initial thoughts were that the tent was the whole attraction. How wrong we were! We were batched in groups of ten and sent out into the darkness of the fort, the dark stairs and foreboding towers provide an eerie back drop to what was to be an unforgettable night.

The evening featured a number of character interactions at various locations through the Fort, as you zig-zag from one to another, getting creepier as you progress. The attraction plays to it's strengths well and throughout the event, we were treated to a number of special effects which we had never seen before and left us amazed. Speaking to the creators, we were told that they had researched and utilised several illusions used within Magic industry, and although they felt that they struggled to recreate some of the things that they had wanted to, we found it to be pretty flawless and to us definitely had the desired effect.

The rooms were tight and a group of ten was perfect as in some of the rooms there was literally no escape as we huddled together in a corner. Conversely, when we were in the larger rooms of the structure, we still ended up huddled around each other, nervous of where the terror was going to come from next!

The layout of the fort, we imagine, can be a logistical nightmare for creators at times, as there are lots of dead ends and you would think that customers would be constantly bumping into other groups as you walk from location to location. This is not the case and at no point did we see another group - it's a lesson in good crowd management - whether or not this was deliberate or not we're unsure but it did feel like we were the only people sneaking around this 19th century fort.

The tent serves as the attraction’s scare maze finale, it was a little too light for the veterans of the group, but it did feature a few nice impact scares from well placed actors of all ages. The rest of the group were left clinging to each other and running towards the doors in a panic.

To give too much away would be an incredible injustice to the attraction but the story follows on from last years attraction and feels very much like a natural progression. If you didn't visit last year, be sure to check out this years trailer which will bring you up to speed. Its running time of about 60 minutes means that it is exceptional value for money, and considering that all of this time was spent seamlessly interacting with characters and exploring the surroundings, we were thoroughly impressed! This is so much more than just a scare maze, it's clever and refreshing macabre theatre at it's best and we applaud them. 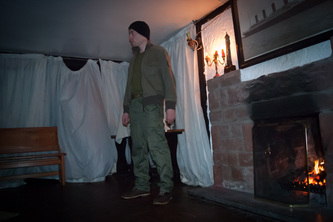 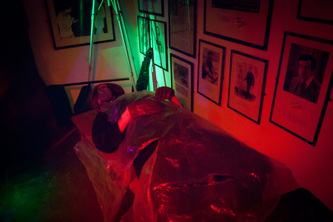 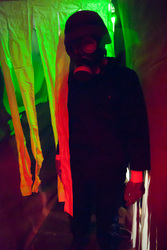 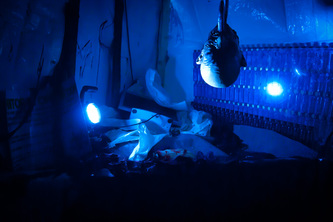 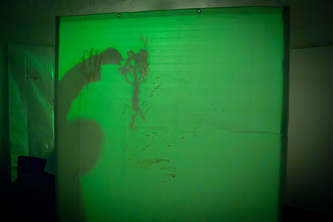 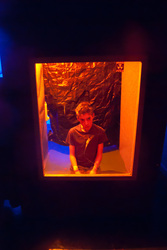 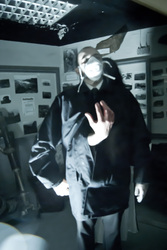 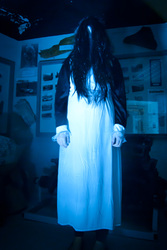 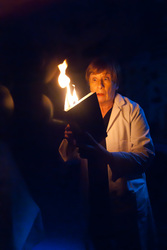 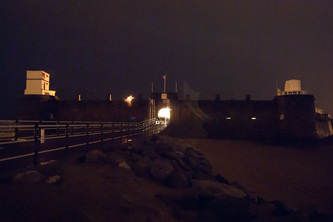 Great value for money the actors where amazing loved it . It was a bit scary so may visit next if am still not traumatised - Megan

Really enjoyed this halloween event on a Saturday evening. Well placed and believable actors, and special effects throughout the rooms of this historic fort. Didn't know what to expect at first but a terifying atmosphere was created and costumes and props like out of the theatre or screen. Amazing value for money and definitely look forward to future events. - Dan

This year was our first visit to the Creep and I am sorry to admit it did not live up to our expectations. I think on the whole the venue is unsuitable for a scare attraction as there are many steps and small rooms in which there are many trip hazards, you are warned but at times when the group moves fast pace it would be easy to fall. I think locally there are some excellent scare attractions such as farmageddon and scream kingdom and I am all for local attractions developing but when you are charging 12 pound ( not much different from the renowned attractions) you expect alot more. I think if they are to keep this attraction the price needs to be reduced and the target market needs to be defined as it is way too tame for scare enthusiasts but could be too much for children. The finale of the tented scarezone seemed to be filled to has many child actors which at times seemed unprofessional and weak especially in comparison to the scares of the other local attractions. The actors on the whole we're excellent and made use of the very limited spaces to the best of their ability but they seems to the struggle with the small spaces and the lack of sound effects. On the whole it might be a nice introduction to scare attractions but overpriced and not competitive with the high quality local attractions.
you