Horror Nights in Europa Park have now been running for 7 years and is one of the most successful Halloween events in Europe. In previous years the park has collaborated with American rock artist Marc Terenzi, but this year the event stands alone. Would the lack of the main sponsor make a big difference? 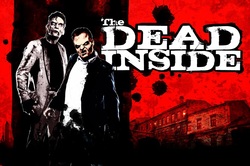 The theming from outside this attraction was pretty minimal and led us to believe that it was just going to be a short walk through one of the ride queue lines with some zombies. We couldn't have been more wrong! Dead Inside proved to be Europa’s most intense maze of the event. With moments of pitch black darkness interspersed with brighter than bright strobes, this attraction really packed a punch from beginning to end.  This maze must be commended for the sheer length of it -  just as we thought we where back to safety, we were once again attacked by the undead from all sides! Finally we loved the interactivity,  including‘the button’ in the final scene that helped decide our fate. This maze really was a cut above the rest.

As this maze managed to gain a place in the LA Times top 13 scare mazes, we were expecting great things. Unfortunately it was a little predictable, with 7 bloodied beds, red apples and a glass coffin although we did receive quite a few well-placed impact scares. The theming of the attraction was the maze's strong point, with hundreds of trees, snow machines and atmospheric lighting. In fact it was hard to believe we were actually in the queue line for a rollercoaster. Having the coaster ride as the finale made the overall attraction extremely enjoyable although the capacity of the ride could not keep up with the maze, meaning on busier days you may find yourself actually queuing very slowly through the maze itself! 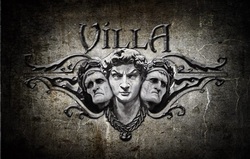 The Villa was the weakest of all the mazes at Horror Nights. Although some great scenes and scares, it just couldn’t live up to the other attractions. The actors, however, did bring the attraction to life with some clever jump scares from places you would never expect. Although the maze had great scenery, it was hard to understand any story unless you had read the plaque outside the attraction. We also felt that it needed more of an ending. The last scene appeared to be in the tool shed of the Villa house. Surely a perfect excuse to throw in a good old-fashioned chainsaw? 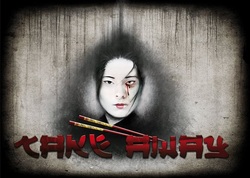 Take Away took us on a journey through a disused Chinese restaurant. This maze proved to be the most visually impressive, with countless scenes ranging from a kitchen through to a Chinese brothel and was the most believable of all the mazes. The fact that the restaurant looked similar to many you would eat in,  made everything seem very real. It also made the later scenes all the more unnerving -  especially walking though the ‘cat storage area’. All in, we felt that Take-Away was one of the strongest mazes of the event and was completely immersive throughout. It's just a shame that we didn't have a killer ending! 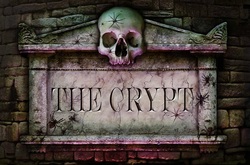 The Crypt is housed in a very well themed marquee in the China-Town area of the park and uses a very different method to scare its guests. The use of larger than life characters such as a 10 foot Egyptian guard and a huge human spider were some of the better scares, especially when these huge creations lumbered towards us. Cleverly, the maze played a few mind games by threatening the use of  ‘real spiders within the attraction’ even though there weren't any. This trick certainly left the arachnophobes in our group very nervous to enter.
Although the event has specific areas that house their mazes and scare zones, the whole Horror Nights park can become over run with actors around every corner. With chainsaw wielding mad men, evil fairies, killer clowns and pole dancing vampires - you never know what's waiting for you next. With the mazes, the park theming and the general atmosphere,  Horror Nights has a lot to offer and sets the benchmark for other theme parks around the world.