Upon our visit to Orlando this year for Halloween season we came across a billboard advertising “The Shallow Grave” which looked intriguing and being the horror hunters we are we decided to check it out. Boy, are we glad we did not miss this diamond gem in the rough!

The Shallow Grave is only in its 2nd year of production and it could easily give its competitors a run for their money. Ideally situated between Tampa (home of Busch Gardens Howl’O’Scream event) and Orlando (home of Universal’s Halloween Horror Nights), it is located in Winter Haven in Central Florida. This year there is a return of the original Haunted Hills maze, featuring Thaddeus Van Buren, a caretaker at Hills of Arietta Cemetery. When hard times hit him and his family he turned from caretaker to butcher using the bodies that he was supposed to lay to rest as food to feed his family. These victims souls come back to haunt the Hills in revenge for Thaddeus’ cannibalistic ways. The second maze is a new addition this year called the ADHD maze (Attention Deficit Haunt Disorder) in which you will experience the tormented minds of the near-victims of Thaddeus who were lucky enough to evade death, however their minds are tortured forever.

Upon arriving at the venue there were gruesome roaming actors who interacted with the guests in simple, yet effective ways. They succeeded in scaring the unsuspecting crowd with a single grunt or even just a stern look. The scene was set from the outset.

The queue line for the maze is set outside a large wood-cladded colonial style house front, there were animated projections of the haunted spirits on the second floor window which were really effective. Upon entering the house the décor and sets were very detailed, even down to the smells of rotting flesh throughout the house. The attention to detail was so realistic that this could easily be a haunted house at a large corporate attraction. Small things like animated paintings on the wall that played out different grotesque scenes along with air and water projections were effective in creating startle scares.

Throughout the maze there were a variety of inventive and creative scare tactics from every angle which ensured every member of the group was scared at different times. The scare actors in the maze were pros in using their space effectively, even a seasoned scare attraction enthusiast like myself thought I knew where the scare was coming from and then from out of nowhere the actors would pop out unexpectedly in a completely different place. One scene that stood out was where we had to walk around the bed of a young girl who sat on it staring at the group as we shuffled around the area. In this scene there were a number of distraction scares that had the group running into the next room.

Not only did we have to watch out for the numerous scare actors which featured in this maze, but the use of animatronics and oversized puppets were used too. These additions provided many unexpected startle scares throughout the maze.

In the ADHD maze this is where things get crazy! This maze seemed longer than the Haunted Hills maze and was crammed with scare actors (as well as numerous scare tactics involving animatronics and puppets as seen in the first maze). As this maze is designed around the nightmares of the near-victims of Thaddeus, this meant that a variety of horror scenes and phobias could be played on, from horrible creatures to clowns (anyone who suffers from coulrophobia should stay clear of this maze!).

Like the first maze, the sets were detailed throughout and there was not a dull moment in each room. There were different environments to go through which all felt very realistic. The finale of the maze was disorientating with a mix of strobe lighting and demented clowns which had all of the group running for the exit.

In both of the mazes there appeared to be actors literally everywhere, at one point there were around 4 or 5 actors in one room concentrated on our small group of 4. The Shallow Grave confirmed they had between 60-70 actors in the two mazes each night, which is a huge number of actors across two mazes! One thing that makes The Shallow Grave better than its large corporate competitors (like Busch Gardens Howl’O’Scream and Universal’s Halloween Horror Nights) is that they only let small groups of up to 6 people in the attraction, making it a more personal experience and creating that element of fear, rather than having a mass of people walking through the attraction in one go. The length of the mazes provided good value for money and by the time we reached the end we were sweating, out of breath and in need of an ice cold refreshment, which could be purchased onsite.

Overall, I would strongly recommend The Shallow Grave to anyone who is visiting Florida this Halloween, this is a must-see attraction for anyone who can make it. I look forward to seeing what they bring to us next year as I will definitely be returning again. 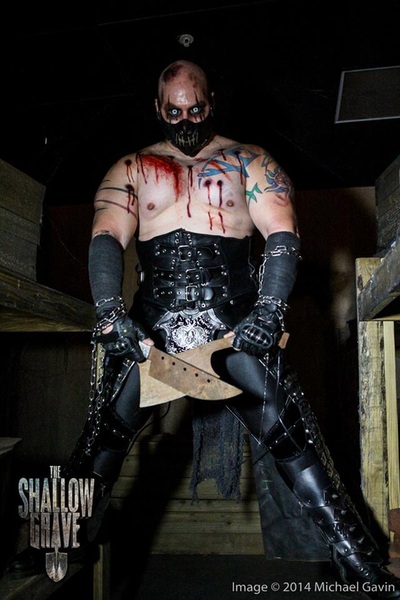 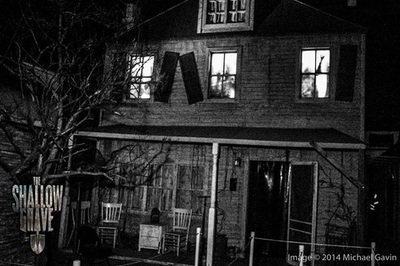 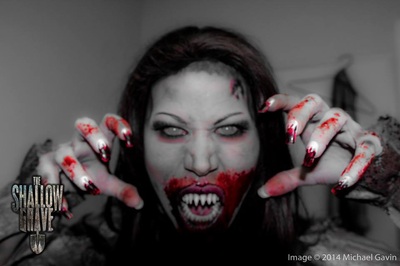 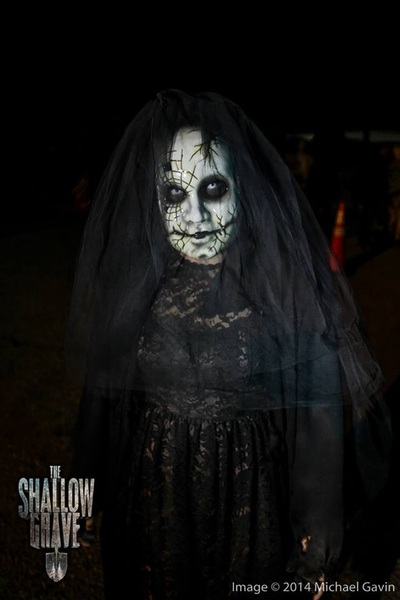